On May 26, 2022, Ireland Cricket entrusted Gaby Lewis with the captaincy duties. The youngest captain-ever in the history of Irish women’s game took on the mighty challenge to play the multi-format series against a team that only the fool would take lightly: South Africa.

Since then, Gaby Lewis buried herself in the onerous challenge of justifying the faith of selectors who saw more in her; a person who could play multiple roles and with much gusto, that of a leader as well as a batter.

But, the most-capped player in her team put all her experience to test in this series, one that currently sees the Second ODI underway.

And much to the pleasure of the Irish, Gaby Lewis contributed with asense of resoluteness to the team’s winning cause in the first T20I.

Hosting the Proteas women at home and immediately bashing them in the game’s ruling template was no mean feat.

The youngster played her natural game and her knocks inspired other players in her team to deliver when it mattered. And now, where it stands, the golden touch of Gaby Lewis just continues post batting successes since 2021.

In an era where there’s no Kim Garth and where the Joyce sisters are inspiring Ireland but from beyond the bounary, Gaby Lewis, has nearly single-handedly, kept the Irish hopes going in the game.

What’s awaited is the great turnaround, which too will happen on its right course of time.

The likes of experienced Shauna Kavanugh are around to inspire a younger and promising lot consisting of Sarah Forbes, Sophie MacMahon, and Georigina Dempsey, three of the many young faces whose emergence has upped the promise Irish women’s game offers.

But here’s a bright spark.

From the time, where the Irish team was struggling to perform in the T20 World Cup (2018) to the recent inspiring performance in the T20I’s against the Proteas, a series they lost but not before demonstrating valiance, under Gaby Lewis’ watch, the Ireland side, as seen in the recently-completed games, appear a side that’ll boldy stand up to offer resistance.

And it is expected that all of this will further change for the better.

The way Gaby Lewis, having being put to bat first by Sune Luus, went about her inning, was incredible.

The captain, during her knock of 52 off 38, along with Leah Paul got Ireland off to a flier. They put on a record partnership of 98 runs of just 73 deliveries to give Ireland a promising start.

Young but sufficiently experienced, Leah Paul, thirty three international caps for Ireland already, made 47 of those on her own.

Later in the game, the bowlers repaid the faith placed by their newly appointed captain. Delany, Kelly, Murray- pretty much all of them featured among the wickets in the first contest held at Dublin.

Though, what stood out was how well Gaby Lewis rotated her bowlers, which halted Proteas’ chances of making comebacks in differnent moments of the game or in showing any form of ascendency.

For instance, when Chloe Tryon was fluently exhibiting her finishing skills, Gaby brought back Leah Paul into the attack. Tryon played across the line and got bowled by the left arm bowler. This adaptability, according to the match situation, and bringing in changes to delibrately break the visitors’ momentum became tactics that proved that Gaby Lewis is the right person for the job for her nation.

A historic win and one that actually came after a gap of six years is only the team’s second win against the Proteas.

Moreover, the dashing right-hander’s consistent batting performances, something ably demonstrated by the fact that she’s scored a fifty, yet again, in the ongoing second ODI, is exciting and a mark of the desire to bat on and on.

While it can’t assuage the pain inflicted on her and her team by the Proteas eventually winnig the T20I series, Gaby Lewis’ bright resolve with the bat is the welcoming change that Irish cricket so desperately searched.

Of the total runs Lewis scored in this series, 62.84% of them came by way of boundaries, a sign of a young and determined leader taking on such an esteemed bowling attack.

That being said, the 21-year-old, daughter of a former Ireland skipper, achieved something even more noteworthy in the context of her white-ball career.

The highest run getter in T20I series has now collected 1107 runs in T20I’s and in so doing, has overtaken the inspiring Clare Shillington.

Shillington, it goes without saying, has held the fort for Ireland over the years thanks to her consistency with the bat.

Now, there’s Gaby Lewis, doing what her seniors and experienced figureheads of Irish cricket would quite like her to do; which is to lead by an example.

Though, by the end of the recent series against the Proteas, Gaby Lewis was also adjudged the player of the series for her phenomenal stint with the bat.

The achievement manifested itself brightly elsewhere too; she climbed up 7 spots to the 23rd rank in the ICC ranks in T20I’s, which is her career-best mark as on date.

All of that assures that the future of Ireland cricket appears to carry the golden touch of a batter who has a no-holds-barred approach to facing the bowlers. And if that’s not a promising sign, then what is? 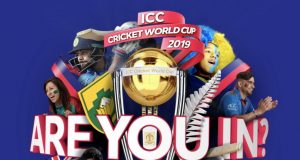