Sri Lanka’s win over Australia in the recent One-day series was a special one not because it was their first win against Australia on home soil, but it also reflected how Sri Lankan cricket has slowly and steadily started to find its rhythm once again and this time, after a prolonged period of sub- par performances!

The series against Australia was expected to be a tough one for Sri Lanka; they lost the T20 series 2-1 and after the first ODI, trailed the visitors 1-0. However, in next three games, they not only defied Australia, but also won contests handsomely. They also showed that their national cricket is slowly and steadily started to rediscover its lost groove after almost a decade of heartbreaks.

But it’s important to reflect on a moment of truth and not conveniently shove it under the carpet.

Sri Lankan Cricket’s downslide started since July 2015 and continued till July 2021; a harrowing period of six years peppered by continuous losses, where they fell down the rankings, lost heavily outside country and found their pride severed at home also at home.

Then Mickey Arthur took over. So what character was he? He made South Africa world-beaters (2006-2015) and put Pakistan cricket back on track and one reckons, had Australian cricket respected his credentials, he would have ensured that they wouldn’t have gone on to suffer a torrid time between 2011-2015.

Once he took over, he was involved in Sri Lankan cricket passionately. He started to build up a talent pool, identifying the raw talents and allocating the roles of the players in the team.

Even as results were not quite as scintillating as  one would’ve expected, the enterprising Arthur knew he was making a foundation for Sri Lanka Cricket for years to come.

An ample evidence of this was the resurgence of talent, names like Asalanka and Nissanka coming to the party in the recent moths when everyone suspected that the best days of the Sri Lankan team were behind it.

Sri Lanka lost a hard fought ODI series against India but reversed the results to win in T20 Internationals. They won in Bangladesh, won against South Africa and Zimbabwe, the signs were encouraging but in between that Arthur’s contract with Sri Lanka came to an end.

With every love story, there do come up some bumps along the way.

While Arthur was eager to continue, Sri Lankan cricket board had different ideas, the contract was not renewed, and they had to part ways.

This year after, Sri Lanka had mixed year; after losing to India, they bounced back hard in Bangladesh. But the testament to their character was to come against Australia.  When Australia started to dominate them, it looked, they would find it quite hard to cope, but much like his predecessor Micky Arthur, now Chris Silverwood ensured no matter what, the Sri Lankan resistance to pressure and an overwhelming adversary, would come to the fore.

In the second game, when Australia need 45 runs only with five wickets in hand, Chamika Karunaratne changed the course of the match to ensure a thrilling win. At the same time, the talented Pathum Nissanka and Kusal Mendis dominated Australia. Mendis, was also due for a great performance.

In the third match, Charith Aslanka showed what clarity in role could do to a player. The team management had clarified that he is no longer in their Test match scheme, but is central to their plannings in One Day Internationals and T20 Internationals. This simple strategy- while some would call him a role call- allowed him to play minus any hangups or inhibitions with much freedom.

In the third ODI he scored a remarkable hundred; probably his best innings in International Cricket as on date.

Today, Sri Lanka have built up a good ODI and T20I side where they have varieties in both batting and bowling departments. What’s needed now is to consistently perform over a period of time. Sri Lankan fans are considered the most patient in the subcontinent’s cricket crazy pantheon.

It’s about time they got their patience’s reward. It’s time that the cricketers should start repaying the faith of those who’ve not deserted them in these tough times (2015-2021).

Over the course of the last 12 months, the team has started to give its fan a voice, a reason to cheer.

In Tests, the team has performed decently under Dimuth Karunaratne as well. Chris Silverwood’s first target would be to ensure that Sri Lanka comes closer to formidability in all formats at home first. During these six years, Sri Lanka lost a number of series at home, which was so unlike their usual gutsy character that shone brightly on the surface.

Distraught was that fan who evidenced a force in motion in the initial years of Test Baptism.

Now under an able leadership, the team is looking forward to rediscover its mojo and all depends upon the players like Dunith Wellalage, Pravin Jaywickrama, Lasith Embuldeniya, Pathum Nissanka, and Asitha Fernando- a core that has the potential to turn a corner in Sri Lankan cricket.

What’ll be key, therefore, will be to see whether this crop of talents can become the flag bearers of the cricket in Emerald Island?

But then we have to be cautious for there have been a number of false dawns; winning against Australia in 2016 by 3-0 or that historic Test series win in South Africa by 2-0 were heralded as the beginning of a new era only to be faltered after few months.

Therefore, the big test for this bunch of cricketers would be to perform consistently over a given period of time and ensure that the “Graph of Cricket” continues to rise in the country. 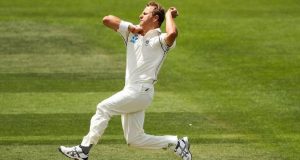 Neil Wagner: Not Your Average Bouncer!

Babasish Nanda - January 2, 2019
0
Neil Wagner’s bouncer can be described as a mean fireball heading towards the throat, a delivery that makes him New Zealand’s best after Trent...