When Shikhar Dhawan drove Reece Topley towards the covers early on during India’s chase in the third ODI, he’d have expected the ball to reach the fence. Instead, the not-so-grounded stroke landed in Jason Roy’s hands; the Englishman was deliberately placed squarer to the wicket to curtail the glowing strokes of the left-hander.

You didn’t know what was more painful: the three-delivery –stay at the wicket or that score of one? His previous scores in the three-match ODI series were 9 and an unbeaten thirty-one.

The only thought, however small in comparison to Shikhar Dhawan’s failure in ODI series was that the die-hard Indian fan that’d grown used to watching Rohit-Shikhar start the proceedings for India was seeing the old guard back in action.

The left-hander last played for India against the West Indies in February 2022. Following the West Indies series, India played two T20 series against South Africa and Sri Lanka, with Dhawan missing from both sides.

He had been missing. Not account of injury but you could say, the team was sort of moving on. The side was (and still is) looking for newer faces that can ferry the sailboat.

Where it comes to the Delhi-born bat, you have to say cricket may be cruel at times. That’s even when one is doing well and in good shape. Who other than Dhawan could say? He’s been in and out of the squad since the 2019 World Cup and the worldwide pandemic. Shikhar Dhawan was dropped from the England T20 squad following the 2021 India tour. He was then released after Ishan Kishan and Suryakumar Yadav made their India debuts.

Gabbar, as doting fans call him, is often in the news every time the Indian squad is announced. But where it stands now, it appears, Shikhar Dhawan and his jovial presence in the white-ball arena isn’t a thing of the past.

One couldn’t be any happier. After all, the dazzling power of the Rohit-Shikhar pair crossed, just a week ago, 5000-ODI runs as a pair.

Having been chosen to head India in the ODI series against the West Indies and Zimbabwe, you ought to think that if there lay a chance for the smiling lad to prove that he’s still got it, then it’s arrived.

Shikhar Dhawan has an opportunity fresh like that baked cake from the oven to prove his value to the selection committee. But guess what? The proof of the pudding, as they say, will be scoring runs and hammering opponents that don’t seem too difficult to drill after all.

Moreover, these runs will matter ever so more in the absence of seniors like Rohit, Kohli and a few more names that miss out from the ODI series. So while many may still doubt the leftie’s selection, it appears clearly that he’s got the numbers to justify his presence.

He has 844 runs in 27 innings against the Windies, including two centuries and 5 half-centuries. A century while captaining the team will be the icing on the cake for both him and the team.

However, this is not his first-time leading India. He was named captain for the Sri Lanka tour in 2021, when the Test squad was in England for the World Test Championship Final. This was followed by a Test series against England. The young group was given the opportunity to be led by the left-hander in both T20 and ODI series. India clinched the ODI’s, but the T20I’s were won by Sri Lanka, who unsettled Shikhar and company.

Missing opportunities like these are not good for one’s cricket career.

Dhawan was always a regular member of India’s squad. He had a chance to return to the T20 squad, but he fell short against the young Sri Lankans. In the first two matches, he hit two low-striking 40-plus scores and then went out on a duck in the decider. As an opener in T20Is, you cannot score at a strike rate lower than 100 in this era, in any era when it’s the briefest format, can you?

The left-hander was unable to capitalize on the power play, and the Indian team was looking for an explosive opener as the T20 World Cup approached.

When the team for the T20I’s against South Africa was announced, questions were raised of coach Rahul Dravid and the selection committee. Dravid stated that he spoke with Shikhar Dhawan and informed him that India is looking for an attacking opener and that they want to offer opportunities to the youngsters.

Resultantly, all that the man responsible for nearly 10,400 runs, has are one-dayers.

One cannot take his status in Indian cricket for granted.

No spring chicken for his age, Shikhar Dhawan can’t afford to take his spot for granted. Everyone wants to wear the blue jersey and so does Dhawan, who with fitness and redoubtable batting, still desires so.

He became the second player in IPL history to run 6000 runs this year. Despite strong performances in the last two IPL seasons, Shikhar seems unlikely to be a member of the T20 squad in the future. He is still in better shape, keen to participate for the national team in the shortest format.

However, the selection committee’s new strategy makes it abundantly clear that the youngsters will be given chances in the T20I’s.

Post Sachin’s retirement, Shikhar and Rohit have been in charge of opening for the squad and it’s been a decade. It’s a decade that was beautified by glorious centuries from the left-hander whether at the Dambulla, Sophia Gardens, the Harare Sports Club or the Kennington Oval.

In such time, the left-hander, also known as Mr. ICC because of the number of runs he has scored in ICC tournaments, has only grown from strength to strength. Shikhar Dhawan scored 363 runs in his first ICC tournament, followed by 412 runs in the 2015 World Cup. There were more lashings he offered the bowlers in the years to come.

In the 2017 Champions Trophy, he was the highest scorer in the tournament. He scored a century against Australia in the 2019 World Cup before getting injured. He already has seventeen hundreds and thirty-five half-centuries for India.

That being said there’s little reason to doubt that the moustache-twirler will be looking forward to the 2023 World Cup in what lies ahead? But the road to that mega spot, one reckons, will go through performances against the West Indies and Zimbabwe. So what can the newly appointed captain for these contests offer: a gabbar-like salutation or a familiar sorry-looking walk back? May the former prevail! 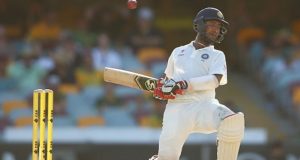 Time To Get Back Among Some Runs Pujara