The cricketing world came to a halt on 1st December, 2014 during an ODI in Mirpur. It was Taijul Islam, the prodigal left arm tweaker who tattered the stumps of Tendai Chatara and got his hattrick on debut, solemnizing his name among the immortals as the only cricketer in history to record such feat. A caveat was already sent to the world albeit with very little flare and media hype as has been the case with Taijul for the vast majority of his career.

Transitioning into the international arena as a promising left arm spinner Taijul didn’t take much time to vindicate his worth.

In the last ball of his sixth over of his debut match the left armer shattered the stumps of Tinashe Panyangara to assert his first International scalp. Then in the first delivery of his next over, he bowled a quicker delivery which caught John Nuymbu plumb in front. Up next was Tendai Chatara whose fate was no different.

It was a moment of magnificence for Bangladesh cricket. Witnessing the moment of this Natore born ballistic lad’s brilliance it is safe to say that spectators and aficionados were left awestruck.

Taijul Islam was not just another leftie in Bangladesh’s prolonged line of left arm spiners. He was special from the roots. He came into prominence with 55 wickets in the 2013-2014 first – class season and immediately sent a nod down the selectors’ doors. He was then deemed as the next big thing in Bangladesh Cricket. T

The suspension of marquee allrounder Shakib Al Hasan in 2014 earned him the much deserved test call and since then he has never had to look back. As an integral member of the test squad, Taijul has been among the thick and thin of Bangladesh’s rise and fall ever since.

In only his third test match, with the weight of the tag of Shakib Al Hasan’s replacement on his shoulders Taijul came out of his moreen and ran riot through Zimbabwe’s batting lineup. He ended with figures of 8/39, the best by any Bangladeshi bowler at Test level. It was a showcase of his sensational talent and the ability to make the best of spin friendly conditions unlike any other Bangladesh had seen before.

In Bangladesh’s historic win against Australia, Taijul was the man with his golden arm to hand the truimph to Bangladesh. Bangladesh were one wicket away from making history with Australia needing 37 to pull off a heist out of nowhere. Pat Cummins  started to go berserk at that moment and was threatening to chase that down with his counterattack until Taijul came into the attack and pinned Josh Hazlewood in front, sending a wave of relief and joy across the entire nation.

His records in ODI’s are even quite enviable. By playing mere ten ODI’s, he averages only 21.47 with 17 wickets in his tally. In this small span of ODI career he’s earned solitary 4W and 5W haul. The latter came recently against West Indies after a hiatus of one year.

It is indeed a bewildering case as to why he hasn’t played much ODI games for Bangladesh despite having a decent record. Every time he was thrown the white ball in his hands, he has shown his capabilities of and why he should be picked up ahead of other spinners.

But the higher ups who run Bangladesh Cricket perhaps think otherwise. They rather prefer earmarking him as test match specialist, limiting his exposure from white ball cricket.

Another reason could be Bangladesh’s obsessions with all rounders. There has been mounting interest in players who have the bonus aptitude of swinging the bat. Tajiul, being an out and out spinner more often than not falls behind in the pecking order for selection.

Being the second highest wicket taker with a stack of 158 wickets for Bangladesh in the longest format of the game alongside boasting the second lowest bowling average among the Bangladeshi bowlers who’ve taken 100 Test wickets, Taijul Islam is ever ready to take the onus of the team’s premier spinner be it home or away.

But in spite of all the accolades he has never become a cynosure in Bangladesh Cricket. Can that change?

Even the fans of Bangladesh cricket don’t flaunt about Taijul, as much as they do about the ‘Big Five’ of Bangladesh Cricket. Perhaps the word ‘underrated’ was made for him. 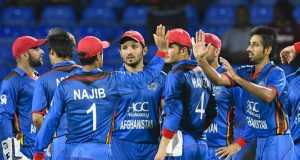 The Rise of Afghanistan Cricket: Why They Are Here To Stay?