It was the semi-finals of the Women’s Cricket World Cup 2017, and India were facing the mighty Australians. The game was reduced to 42 overs apiece, with India batting first.

On her sixth ball, Harmanpreet perfectly timed one through the gates of the cover region and reached the boundary. In the same Megan Schutt over, she played a glorious straight drive to get another four more.

It seemed the curtailed match featuring only 42 overs didn’t matter a bit to the dashing right hander.

At the conclusion of India’s innings, an unbeaten 171* steered the team to a towering total.

It’s a power that left millions of eyeballs that stayed glued to their TV sets spellbound.

It’s a power that has in it to author the next chapter of women’s cricket in India, this time as both captain and willow wielder.

The Punjab bat was born in the Moga district.

Harmanpreet Kaur made her ODI and T20I debuts in 2009 and is the only Indian player, thus far, to have featured in all of the T20 World Cup editions.

Harman-the bowler has also done the job for India on several occasions. In T20Is, she has 31 wickets with an economy of 6. She was also the leading run-scorer in Supernovas’ Women’s T20 Challenge victory. Even in the WBBL, she was the player of the tournament as she was among the leading scorers and wicket-takers.

It’s probably hard to digest what happened earlier in the year.

After failing to produce in three of the five One-Day Internationals against New Zealand, Harmanpreet Kaur was dropped.

Was that just? Unjust? A call had to be taken and no one looked back.

The Indian squad opted to drop the all-rounder, who had been the T20 captain of the team since 2016.

Following India’s defeat in the fourth match, she returned to the eleven and contributed 63 runs to India’s victory in the fifth match.
With questions being raised about Virat’s poor form yet not dropped from the team, Harman, on the other hand, was actually dropped despite being a senior member of the squad.

Since her exclusion in the ODI against New Zealand, the impassioned athlete has been in superb form.

The right-hander scored 71 runs in the league match of the 2022 World Cup against New Zealand but was unable to guide the team to victory.
She has three centuries in ODI World Cups and over 800 runs, which ranks second in the Indian team after the great Mithali Raj.

After Harmanpreet’s come back in the side for the fifth ODI against New Zealand, only Laura Wolvaardat, Alyssa Healy and Smriti Mandhana have scored more runs.

But all eyes await to see the magic turn the tide for a team keen to manifest its enormous potential, which is where Harmanpreet Kaur’s captaincy will be such an interesting facet to follow.

But, facts first. It would be difficult for Kaur to fill the shoes of a player like Mithali. But we’ve seen Harman succeed as a captain in T20 Internationals already.

One of the things that stands out for the brave cricketer is that she can handle pressure well.

She captained the side to the semi-finals and finals of the 2018 and 2020 T20 World Cups respectively. She is also one of the most successful T20I captains, with a winning percentage of more than 60 percent.

All of this experience, she’ll hope, rubs off on her teammates.

She seems to enjoy the challenge of captaincy, which she doesn’t see as a burden.

Under Mithali’s captaincy, the Indian team accomplished a lot, however, they are yet to win any big cricketing championships. Harman believes that Mithali’s contribution to Indian cricket has made her work much easier. But can Harman guide her team to big wins and achieve memorable results in ICC events?

If she wins an ICC title, she will become India’s all-time most successful captain.

And it’ll be a gigantic moment India will savour in indescribable terms.

Thus far, Harmanpreet Kaur has led India to victories in both the T20I and ODI series in Sri Lanka. That these wins have become in the very year of India severely losing in the Women’s ODI World Cup marks a sign of a team having moved on.

Though, not without its inbred fighting instinct.

With the return of cricket to the Commonwealth Games in 2022, the captain has even a greater challenge to face.

In just a few hours from now, India play Australia in the tournament’s opening match. They then take on arch-rivals, Pakistan, on July 31, followed by the last league match against Barbados on August 3.

After 13 years of international cricket, the 33-year-old Harmanpreet Kaur is having the best time in her cricketing career.

A player always dreamt to captain the national team now has an opportunity to turn things around.

That Harmanpreet Kaur isn’t known to put a foot wrong could hold her in good stead. And for as long as the smiling hitter from Punjab remains in the news, one can stay confident India won’t remain under the weather. 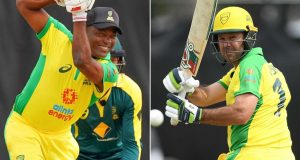 The Spirit of Cricket In Bushfire Bash: When The Game Came...

Ashish Kumar - February 9, 2020
0
BushFire Bash: Humanity Came Together to Give it Back to the Community Cricket always gives a lot to fans. But few are those occasions where...