Did you know who played the first ever T20 international?

It’s the women’s teams, not men’s, the first T20I was played between England Women and New Zealand Women on August 05, 2004, in Hove, England.

T20 Cricket has made its debut in Commonwealth Games 2022 at Birmingham, but this is not the first time Cricket is being played in the competition. Men’s 50-over tournament was included in the Commonwealth Games 1988 at Kuala Lumpur, Malaysia. South Africa won the Gold while Australia and New Zealand won the Silver and Bronze respectively.

The arch-rivals contest will be a do-or-die for both teams and they will be looking forward to mark their first points on the table and staying alive in the competition.

Why a must-win game for both teams?

There are two groups of four teams each and the top two teams will qualify for the semifinals. The situation is very tense and that’s what makes the India vs Pakistan clash a must-watch for not only the neighboring countries but also for the rest of the world.

India women and Pakistan women have faced each other 11 times and Pakistan has managed to win only twice. Also, India thrashed the opponent in the last clash by seven wickets in the 2018 ICC Women’s T20 World Cup in Providence, Guyana.

As per the historic data, Indian women should easily turn the tables in their favor but things can change very quickly in the shortest format of the game.

Fingers crossed and let’s see who will hold their nerves in a high-pressure game.

When and where to watch the IND W vs PAK W?

Fasten Your Seat Belts and get ready for a roller-coaster ride, the India women vs Pakistan women’s T20I cricket match will be telecast live on Sony tv channels and live streaming will be on the SonyLIV official app. 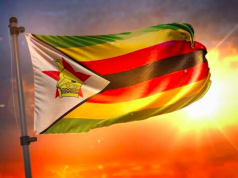 What Does Zimbabwe’s Qualification For The World Cup Mean For Cricket?

Ayush Gupta - July 13, 2020
2
It's utter chaos out there. The world is certainly in one of its deepest crises following the outbreak of the Covid-19 pandemic, which has...