The news of Trent Boult not signing the new central contract for New Zealand perhaps signals the beginning of an era where the freelancers might be the new normal of Cricket. It signals the coming of an age where the game has started to tilt towards the franchise model. Does it pose a challenge to International Cricket hence the sport itself?

Wednesday Morning was a shocker for some cricket fans while for some it was new norm, which should be accepted by all the countries. The news of Trent Boult not willing to sign central contract for New Zealand’s National team dominated sports pages.

Boult, 33 has been in discussion with New Zealand cricket administrators for his future and decided that he would not be signing the new central contract offered to the players. A strange, perhaps stunning call ultimately accepted by the board in a manner most stunning to the fan who thought that the administrators would desire Boult to commit himself to Kiwi cricket as he so dutifully has (all these years).

The decision meant that while Trent Boult is still available for New Zealand National cricket team, but he can pick and choose when and which format to play.

On the other hand, it also means that he has diminished his chances of playing for New Zealand as his board has clearly stated that players with a central contract will be preferred for the national side. Boult has played 78 Tests and have taken 317 wickets.

But there’s more to the leanly built cricketer who’s a giant of New Zealand cricket.

Trent Boult has been part of the team that won World Test Championship 2021. He has been a runner up in limited over World Cups thrice. For over a decade, we’ve seen Trent Boult commit himself to New Zealand cricket. And yet, here we are. At 33, the left-armer with rocket pace has realized that he might be left only with handful of years as a cricketer and maybe, that’s why the call. You can call it uncanny. But, it seems to be the prime reason Trent Boult decided to shift his priorities to secure financial future for his family.

Boult is part of the generation of players who have set their priorities clear. It all started with the Indian Cricket League (ICL) being founded in 2007 by Indian Media Tycoon Subhash Chandra who was wrongly denounced Broadcasting contract by the BCCI few years back. It saw number of players giving up national duties and joining the league, the BCCI and ICC has to take stern decisions by banning the players. In 2008, BCCI started its own T20 League only to counter ICL. The decision luckily proved masterstroke and Indian Premier League (IPL) became huge hit. The biggest impact was on West Indies Cricket whose home season collided with the league.

Players like Chris Gayle took the decision to prefer franchise cricket over international cricket thereby laying the markers for many others. It was also the shift of the priorities of the players who before that wanted to play for national team, play 100 Tests, score 5-10 thousand runs or take 200-400 Wickets.

Since then, almost every country has started big or small domestic leagues where players from different countries participate, the result has been the congestion of International Calendar. In an era when teams have started playing lest Tests, minimal ODIs, the fixtures have been unbearable is because the majority of the time is taken by the T20 Internationals and the T20 Leagues. The blame though goes on 50 over cricket and efforts have been made to abolish it as early as possible.

The decision of Trent Boult might take things to the next level where the Central Contract system (brought in 1994 by Australian Cricket Board and then followed by others) would become less useful for the players as they might prefer playing it as freelancers. It would also mean huge challenges for the countries to play Test Cricket which in years to come may slowly and steadily be out of favor among the players. This also means a big task lies ahead for the International Cricket Council (ICC) whose role is to act as guardian of the game and ensure that it reaches to more and more countries.

In times to come, it could well be that all-format cricketers will became rare breed. A haunting realit that may come true sooner than one expected, this being an era of intense, bloated cricketing calendars and growing franchise cricket.

It’s a new world out there as clichés direct. But then, it is amid these changing times that a new world order awaits Cricket to accept it.

And while there’s much to gain for the cricketers and sponsors and franchises, there may not be much in it for the traditionalist; the fan who’s still unable to accept the looming reality that stares him blankly in the eye. That maybe all that’s going on in the name of cricket isn’t cricket after all but resembles it in a way. 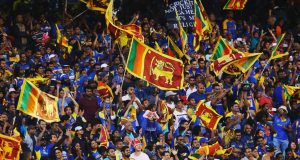