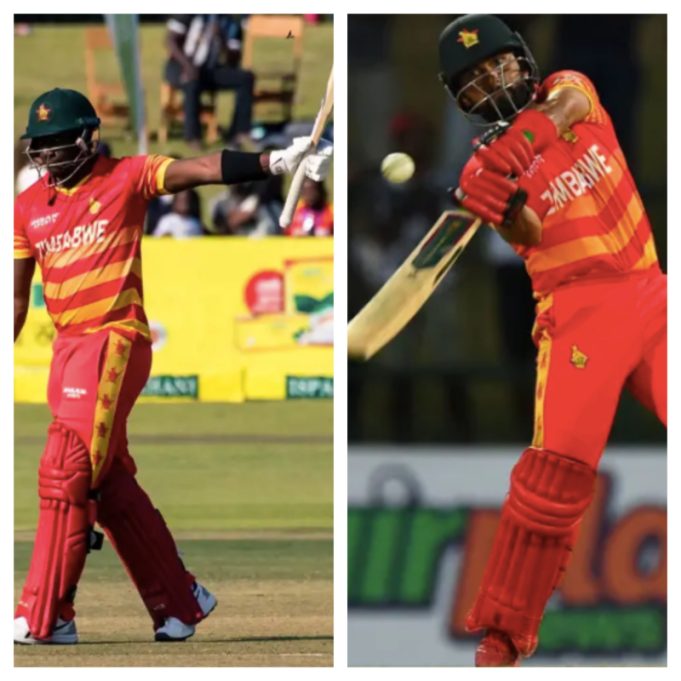 The ‘Harare Sports Club’ is situated at the heart of the Capital city of Zimbabwe. The Cricket Ground is surrounded by Jacaranda Trees and has a beautiful gabled pavilion. The stadium is a far cry from the ones found in India, where a host of Indian fans are seen cheering from the massive stands. It is quaint and has a Victorian charm.

Interestingly, India is at the center of history at the Harare Sports Club. Back in 1992, India was the first team to play a Test and ODI match on this ground. All the three ODI Matches in the upcoming India’s tour of Zimbabwe will be played at Harare Sports Club.

An avid cricket fan of Zimbabwe would reminisce of the glory days, when a certain Henry Olonga tore away through the mighty Indian Batting line-up in 1998-99 and  helped his team to register a win by 61 runs on this hallowed turf.

It wasn’t an upset.

It was a reminder to the Cricketing world that Zimbabwe can become one of the top Cricketing sides in the world.

Much has changed since then, Cricket in Zimbabwe is barely alive and India has become a Cricketing superpower. So, a bilateral ODI Series comes at a time when the 50- over format is grappling with ‘identity crisis’ and most of the Indian first- choice players are preparing for the more important Asia Cup to be held in the UAE.

So, how exactly can we look forward to this series?

As an Indian Cricket fan, the time is essentially ripe to check the form and fitness of KL Rahul, who’s making a comeback after a painful layoff where he missed the tours to England and West Indies. He was drafted into the squad after he had proved his fitness and was also named the Captain for the series, replacing the originally designated Shikhar Dhawan.

As a neutral Cricketing fan, one would be waiting with bated breath to see if Zimbabwe have enough firepower in them to challenge even a second- string Indian Team devoid of Rohit Sharma,  Virat Kohli and Rishabh Pant, the mainstays of Indian Cricketing system.

With a morale- boosting T20I and ODI series victory over Bangladesh at home, the side led by Regis Chakabva would by vying to ruffle some feathers, albeit against a much stronger opposition.

Let’s look at some of the players who can make a difference:

It is always a pleasure to hear the voice of Ian Raphael Bishop, as he reserves special praise for occasions that actually warrant it. So, when he speaks the world actually listens. Bishop’s rich accolades for Sikandar Raza came at a time when he is in the form of his life. In the first T20I against Bangladesh, Raza blasted 65 off 26 deliveries; his innings was decorated with clean and lusty hitting. In the second T20I, he played a more sedate knock of 62 off 53 deliveries as he tried to repair a horrendous collapse. His back-to-back hundreds in the first and second ODI against Bangladesh came at a time when Zimbabwe had lost early wickets while chasing big totals. In just a span of four weeks, Raza has amassed 607 runs across formats with an average of 101.16 with two centuries and four half centuries. He was instrumental behind Zimbabwe’s first series win against Bangladesh in nine years.

It can be safely asserted that Raza will be the bedrock of Zimbabwe’s middle order against India. And with his ability to bowl some tight overs, he will definitely lead Zimbabwe’s charge in the upcoming ODI Series.

In the third and final T20I of the series against Bangladesh, Ryan Burl delivered the knockout punch, which only the ‘big-match’ players are able to accomplish. He made his way into the record books by smashing 34 runs off Nasum Ahmed, thereby posting a fighting total which Zimbabwe eventually defended successfully. He brings a lot of variety by being a left- hander and a right-arm leg spinner. Zimbabwe’s middle order will look at the experienced duo of Raza and Burl to deliver the goods against India.

Kaia is a huge fan of KL Rahul and has modeled his game after the Indian batting star. He has a good understanding of the game and tries to play straight mostly. He will be taking up the vital number three spot against India and would like to impress one and all through his solid play. His maiden ODI hundred came recently against Bangladesh when he scored 110 and shared a massive 192- run partnership with Raza, and helped Zimbabwe clinch the match.

The Zimbabwean selectors have reposed a lot of faith in Chakabva by naming him the captain for the upcoming ODI Series versus India. It is a culmination of Chakabva’s hard work that made his debut way back in 2008. One of the senior players in the team, Chakabva will have a lot of responsibilities to shoulder in the matches to come. Like Sikandar Raza, he too is a good player of spin bowling. In the second ODI against Bangladesh, he registered his maiden hundred while scoring 102 off 75 deliveries, which included ten boundaries.

With the absence of Blessing Muzarabani and Tendai Chatara, the onus will be on Jongwe to defy the Indian Batting onslaught. And with, decent performances against the recently concluded series against Bangladesh, Jongwe would be brimming with confidence to face the Indians.

In all probabilities, India would be comprehensive winners of the short ODI Series, but a few decent performances by Zimbabwean players can bring back smiles on the faces of fans. Chandhana Gogineni - July 26, 2022
0
Women’s cricket has expanded its reach beyond the realm of the full members. The Associate members are now in...