Franchise T20 leagues dawned on cricket like a melting pot of entertainment and the game itself albeit in the least revered format back in the day. When the BCCI hit the ground running with the Indian Premier League bringing the biggest cricketing names in the world and the lionized superstars of the ever so publicized Bollywood under the same roof and even in same teams – it was the ultimate ‘Multiverse of Madness’ moment for cricket fans around the globe.

Who would have known that what started out as a getaway for cricketers and fans from the hustle and bustle of international cricket on the backdrop of earning big cheques would soon engulf international cricket? And not just that, but slowly drive it to towards with the metaphorical noose it has managed to tie around the latter’s neck?

Today franchise cricket has deepened its roots to every nook and corner of the world where cricket is played. Australia, West Indies, Bangladesh, Pakistan, South Africa – you name it. Whether such neoplastic growth of franchise cricket is a blessing or curse is a topic of discussion for another day. As for now, how things stand is that the IPL has its own separate window with absolute minimal clash with international cricket for obvious reasons and that the investors of the same league have opened up franchise leagues in South Africa and UAE.

How Did OZ Jump Onto The T20 bandwagon?

Cricket Australia soon jumped into the bandwagon within 3 years of inauguration of the IPL and switched from a state side based T20 tournament to a franchise based league namely the Big Bash League aka BBL. It had seen some good success in its early years attracting a decent number of national and international superstars, huge crowds, TV audiences with some real good quality games on offer as well.

The early success saw the BBL expand quite significantly both in terms of the number of games and the duration of the tournament. But things clearly haven’t gone as smoothly as the administrators foresaw. Majority of Australia’s big names have to sit the BBL out because of its scheduling clash with the international fixtures. On top of that the incessantly growing duration and games have got to the point where fans are tired of it.

As a matter of fact people have been calling for a downsizing since the past few seasons given the noticeable decline in quality of the cricket which in turn has been linked to player fatigue and monotony among audiences alike.

But the BBL’s biggest threat have hit them like a bolt from the blue this season with the announcement of the IPL backed franchise leagues in South Africa and United Arab Emirates both of which are set to clash with the fixtures of the BBL. The announcement means that a big fraction of BBL’s foreign recruits are set to snub the league down under as it is a no brainer that the offers from the new leagues will be far more lucrative.

Reports have also broken out that as many as 15 Australian players too have been contacted by the team owners of the ILT20 from Dubai with contracts soaring as high as USD 700,000 a season.

The Jolt To Cricket Australia

It is no secret that the announcements coupled with the reports have jolted Cricket Australia to the core. Keeping in the mind the free window created by the cancellation of the proposed ODI series against South Africa, CA wasted no time and has already contacted the country’s biggest names in Steve Smith and David Warner in an attempt to lure them to stay and participate in their T20 league.

Steve Smith has voluntarily ruled himself out while test captain Pat Cummins and Mitchell Starc too have opted to rest.

However, they have luckily been met with a big sigh of relief as David Warner has signed the fat checkbook thrown in by Sydney Thunder in a landmark deal that will see him earn $370,000 for a season (effectively just five games with additional few if Thunder make the finals).

Marnus Labuchagne, Travis Head, Josh Hazlewood are amongst the other red ball players to have confirmed to play while most of the Australian white ball cricketers expected to participate. But clouds too loom over their participation as possibility of the ILT20 coming up with an offer to good to refuse is hard to rule out.

At a time when the Big Bash League has been suffering from an identity crisis, the tug of war with other cash rich leagues has been akin to pouring water into a drowned mouse.

Having no choice but to accept the reality of their ineptness to tackle their antagonist with money given the stark contrast between their funds, improvisation is the only way out if the BBL are at any chance of survival.

A reduction of the number of games could be a good option which would effectively mean an increased remuneration per match for the players.

Perhaps they can reschedule their fixtures in a way that enables all the national stars to participate which would in many ways mitigate the absence of foreign imports.

With the game dynamically changing with every passing year, all eyes will be on CA to see whether they can come through with this or spiral into a crevasse of irrelevance. 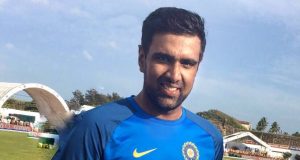