Brendon McCullum’s presence on a Cricket field was always fraught with dashes of audacity. He would step out and hit Mitchell Starc on the biggest of occasions. Not that he left any other left- arm spinner with the same intent.

‘Baz’ never shied away from taking any challenge on a Cricket Field.

In that respect, he commands a unique place among the greats who have graced the Game. Any doubts about the novelty of McCullum’s skills and mentality can be swept aside by catching a glimpse of his whirlwind hundred in his final innings.

Not many have managed to score the quickest hundred in International Cricket that too in their last international innings, have they?

He was a mutant of a figure, towering against oppositions on his good day. So, the latest ‘Bazball’ theory expounded by England  is not completely different from McCullum’s approach in his playing days. England, with their new found modus operandi have already caught New Zealand and India off guard over the last one month.

So, how did Rabada, Nortje and the others stall the juggernaut of England’s batting in the first Test played at the Mecca of Cricket, Lord’s?

South Africa’s bowlers bowled with enough hostility and Erwee, Elgar and Jansen displayed characteristic grit with the bat to hand an innings defeat to England inside three days.

Interestingly, Anrich Nortje was returning to Test Cricket from a treacherous hip injury, which has plagued him since his preliminary days as a Fast Bowler. But, he displayed little signs of rustiness as he ran through the English batting in both the innings and picked up 6 wickets in the Match. Both, Rabada and Nortje was equally supported by Jansen and Maharaj, who didn’t let Joe Root and the others play with freedom.

Nortje even missed the first Practice Game that South Africa played against England Lions. Notwithstanding his propensity to get injured, Mark Boucher and Dean Elgar wanted him to play in the opening Test Match at Lord’s as they knew that Nortje, with his biting pace can make all the difference.

Rabada may have been adjudged as the Player of the Match, but Nortje looked vicious and played the role of an enforcer perfectly. He hustled the batsman with his pace and it will be interesting to see England’s tactics against him in the Second Test to be played at Manchester.

Jonny Bairstow has been playing like a man possessed over the last few Test Matches that England has played. In fact, he can be safely called as the poster boy of the latest ‘Bazball’ Theory.

One of the sights of the opening match was Nortje’s searing thunderbolt that flattened Bairstow’s middle pole in the first innings. It was a big statement on fighting fire with fire from the Proteas.

The four- thronged pace attack of South Africa comprising Kagiso Rabada, Lungi Ngidi, Anrich Nortje and Marco Jansen is world class. There is little doubt about that. The presence of the ever-reliant Keshav Maharaj lends tremendous balance to a team whose bowling might is well supplemented by a Batting Line-up that has the ability to score runs in tough conditions.

The pace attack of South Africa is currently one of the best in the world and is a throwback to the times when the likes of Allan Donald and Nantie Hayward breathed fire and Shaun Pollock examined the technique of batsmen through surgical precision.

South Africa are well served with the presence of the pace merchants, who complement one another extremely well. Rabada may not be as quick as he was during his initial days, but with his experience, he can definitely lead South Africa ‘s charge towards the final of the World Test Championship. And if, Nortje, Ngidi and Jansen maintain their form and fitness, the glory days of South Africa may  not be too far away. 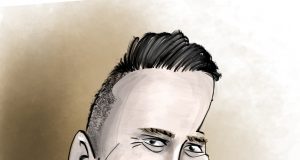 Why The Unwanted Hate Against Faf Dear Protea Fans That You...

Dev Tyagi - May 18, 2021
0
Faf du Plessis isn't a miracle worker. The last anyone heard, he hadn't saved a bunch of twins from their fateful end by simply...