The Indian team has always been grateful to have all-rounders like Kapil Dev, Mohinder Amarnath, Yuvraj Singh amongst others.

There is one factor that ties India’s World Cup victories together: the all-around players’ contributions. The legendary Kapil Dev and the unputdownable Mohinder Amarnath served as all-rounders in the 1983 World Cup.

Then came a different era: India got the six-hitting machine in Yuvraj Singh, as seen especially in 2011. Yuvraj Singh got the title of man of the tournament in the ODI World Cup that year, while Mohinder Amarnath was adjudged man of the match in the 1983 final.

But there’s another player who’s neither a Singh nor an Amarnath but is compared with both: Kallis and Kapil, the former actually for real.

You know him as someone who has been both trolled as well as someone whose talent can single-handedly troll many talented performers.

Hardik Pandya is actually one of India’s most noted and widely followed finds in the last half a decade.

The man has lived his dream from the roots of Gujarat, winning a title as captain for his franchise.

India’s next all-rounder, once again!

Every side wants to have batters who can provide them with one or two cheeky overs in modern cricket. If you cared to note, it’s precisely the thing Hardik Pandya has been doing for a long.

Hardik Panday marked his international debut in 2016 against Australia. From there onwards, he has never looked back.

The man came into the light when Mumbai Indians needed around 30 runs in two overs against Chennai Super Kings. He smashed three sixes in an over and started his journey as a finisher for Mumbai. Given that MS Dhoni is his closest friend or mentor, it should come as no surprise that he has such a powerful swing.

When Kung-fu-Pandya was selected for the 2016 T20I World Cup, everyone in India became familiar with his name. In a low-scoring thriller against Bangladesh in a T20I World Cup match that India had to win, Hardik defended four runs in four deliveries.

Despite not having won an ICC title in the previous few years, India have unearthed players like Hardik Pandya, who can change that in the near future. In Champions Trophy 2017, the Indian team were facing Pakistan in the final.

Fakhar Zaman scored a magnificent century as the men in green amassed a massive 338 runs. The Indian batters had a lot on the line, and Amir’s one-end bowling was nothing but a nightmare for the batters. Virat Kohli, Shikhar Dhawan, and Rohit Sharma were all dismissed by Mohammad Amir. It was now difficult to chase the target, but then Hardik Pandya came along and hammered six sixes and four fours, scoring 76 off only 43 deliveries before getting run-out. His confidence and desire for the squad to succeed were evident in this inning of 76.

Not to forget his first five-wicket haul against England in Tests in 2018.

The dark phase that bought light to Hardik Pandya’s career

Hardik became a consistent member of the squad until he suffered a strain in his back. He suddenly felt a strain when bowling against Pakistan in the 2018 Asia Cup, and he collapsed on the ground. Pandya was barely moving lying on the ground. then he was taken to the dressing room by the medical crew, who had brought the stretcher to pick him up.

Former India coach Ravi Shastri claimed, “We knew it was something serious since he was in excruciating pain and could hardly move.” Hardik underwent back surgery and began his return process. Although it wasn’t an easy time for him, he returned to the team and participated in the 2019 World Cup.

He was able to bowl once again, providing the team with nearly five overs per game. The injury resurfaced as he felt pain again. In 2020 and 2021, the right-hander played as a pure batter for the Mumbai Indians in the IPL, not even bowling a single ball. In three ODIs against Australia, he scored 210 runs for India as a pure batter, with two fifties and a high score of 92.

Even after that tour, Hardik gave the red signal to the selectors and asked them not to consider him until he can bowl again. After the IPL 2021, he began to practise and did not play any competitive cricket again until the IPL 2022. He was selected to lead the Gujarat Titans, a brand-new team. He was able to bowl once again, and this time, he was throwing bolts at a speed of 145 km/h.

Hardik Pandya was given the chance to serve as the Indian team’s captain during the Ireland tour, indicating that the BCCI may eventually appoint him to a more significant position in future. In the match against Pakistan in the ongoing Asia Cup, he picked up three wickets, scored 33 runs off of 17 deliveries, and finished with a six.

It must be submitted that the social media king amongst the contemporary team, Hardik Pandya, as we know him, is gung ho about the sport. It’s almost as though he’s been born again.

Moreover, he’s determined to give back to cricket, which enabled him his real break in life.

And what could be a better way to do that by giving everything to India’s cause much like how he does just that each time he steps out on the field?

From being on the stretcher to consistently bowling 140 plus, he has come a long way. May that remain that way for Hardik Pandya. 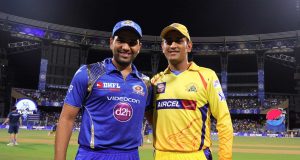 Shantanu Kulkarni - April 7, 2018
0
Perhaps the most awaited T20 league in world cricket is the IPL. A new season; a fresh perspective and therefore, a fresh resumption of...