The world has had some of the greatest people from the left-hander’s pool. Even the first man to walk on the moon, Neil Armstrong was also a left-hander. Not to forget the greatest painter, Leonardo da Vinci. The former president of the USA, Barack Obama and one of the richest of all Bill Gates were also a part of that club.

The cricket world is also blessed to have some of the legends like Brian Lara, Adam Gilchrist, Kumar Sangakkara, Sourav Ganguly, Yuvraj Singh and many more.

But there is one more name on the list, Suresh Raina who got over shadowed by his friends in the Indian team and is also referred to as Mr. IPL. One can say that Raina was one of Indian cricket’s underestimated players. So, let’s take a moment to appreciate his career with a full-fledged tribute as he announces retirement from all forms of cricket in India.

Suresh Raina, a gem in the cricket world from Uttar Pradesh, rose to tremendous heights in his international career. Wait, maybe this isn’t the best way to introduce a player of this calibre. Suresh Raina, the man who can fly on the field to grab splendid catches or make the ball fly while hitting massive sixes or make the stump fly with his direct hit skills, and was an all-rounder that the Indian team needed.

A few months after his friend MS Dhoni, the UP boy made his debut in 2005. Ironically, on August 15, 2020, both of them made their international cricket retirement announcements. Both Raina and Dhoni were nothing but exuberant batters initially, but from that point forward, their careers took a drastic turn. One became the cornerstone of India’s success in limited overs cricket, and the other developed into one of the most successful captains in the history of cricket, redefining the team’s dynamics.

The left-hander hasn’t had a great start to his international career. If he had made a debut in the last couple of years, the management wouldn’t let him stick around with the start he had in his initial years. Nowadays, there is so much criticism that if a player doesn’t score in one match, people start bashing the individual. The southpaw had an average of less than 30 in his first 36 appearances for India, which is not acceptable in today’s social media era.

However, he later developed as a player and earned a name for himself in Indian cricket. While we all still talk about MS Dhoni’s six, Gambhir’s 97, Yuvraj’s all-round performance and Zaheer’s swing bowling in the 2011 World Cup, Suresh Raina’s crucial knocks against Australia and Pakistan are the most underrated innings which got overshadowed by Yuvraj’s emotions against Australia and Sachin’s 85 against Pakistan.

Raina played in 226 ODIs and scored over 5500 runs during his nearly ten-year career. He also featured 18 times for the Indian squad in the whites and has 768 runs with one century and seven half centuries.

When it comes to T20s, the left-hander has aced the format. In 78 innings, he has over 1600 runs with one hundred in the shortest format for India. CSK’s Chinna Thala has featured in 205 IPL games and has scored over 5500 runs averaging over 32 with one century and 39 fifties. No wonder why he is known as Mr. IPL.

One of the four Indians to score a century in each of the game’s three versions is Suresh Raina. The other three—Rohit Sharma, Virat Kohli, who recently slammed his first T20I century in the Asia Cup, and one of the game’s most refined batters, KL Rahul—are presently prepping for the forthcoming T20 World Cup.

The fielder and a true match winner

Undoubtedly, Raina was a superb fielder. Not only did he raise the fielding standards for the Indian cricket team, but he also assisted in developing Ravindra Jadeja, Hardik Pandya, and many more players to maintain their fielding standards at a high level. Just the way Dhoni used to turn the match from behind the stumps, he was the one who turned the matches with his fielding.

A great middle-order lefty batter, with handy off-spin bowling and a spectacular fielder, he was a complete package any team could have. With MS Dhoni by his side, Raina has been grateful to have a friend and a mentor like Dhoni who found the best out in him. Wearing Dhoni’s Test T-shirt in his last match to announce retirement with him, Chinna Thala was a left-handed batter but was Dhoni’s right hand.

The game between South Africa Legends and India Legends demonstrated the left-handed player’s continued cricket potential. His calculated move to retire from all kinds of play in India could get him into the South Africa SA20 league. He will be in the ideal situation to play in foreign leagues, which will add a few years to his career.

Whether it was a short ball or a lofted shot early in the innings, he had his own set of flaws. On his day, however, he was a genuine match-winner against any opposition. With a World Cup trophy and a Champions Trophy in the bank, and not to forget the IPL trophies and Champions League titles for CSK. He has had an unforgettable career and one that BCCI and the Indian team will cherish. 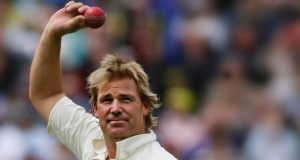