Battter extraordinaire Harmanpreet Kaur’s entertaining innings of 143 unbeaten runs off just 111 deliveries has caused a storm in cricketing media. It is just the kind of inning that England dreaded and were probably not expecting.

It was a powerful knock. It was a timely knock.

Yet, Harmanpreet Kaur’s whirlwind century was all this and more.

It led the Indian women’s team to a fascinating win by a margin of eighty runs in the 2nd ODI at St Lawrence Ground, Canterbury thus prompting fans to take note of the fact that for times to come, September 21 shall be remembered for being more than just the legend Chris Gayle’s birth anniversary; it would, henceforth, also be remembered for being the date that birthed one of the stormiest innings witnessed in the women’s game ever.

At a time where the women’s game is ever constantly looking for moments that can give critics blinded only by the highs achieved by the men’s game, Harmanpreet Kaur has made the sport a level playing field.

The right-handed batter steadily completed her half-century in just sixty seven balls and then changed the batting mode to fifth gear in the second half, completing a hundred off just 100 deliveries.

One of Punjab’s finest gifts to our great game showcased all the shots mentioned in the books, slog sweep six over the deep mid-wicket fence, slice over extra cover, shot over covers, drive outside off, and whatnot.

The way the Indian women’s captain played against England, It looked like she got Thor’s Hammer after scoring fifty, and power even got doubled in the last 11 balls of her innings.

Why Harmanpreet Kaur’s 143* Was A Special One?

The Indian women’s team managed to seal the ODI series in England in 23 years. Tht’s no ordinary feat and is some time frame.

Moreover, it also corrects a massive woe that the women’s side just hadn’t been able to pull off.

Unless it is forgotten, the Indian women’s cricket team yet again failed to hold their nerves in a big final encounter against the mighty Australian team in Commonwealth Games Women’s Cricket 2022 tournament in Birmingham recently.

This was just the last month, circa August 2022.

After a one-month gap, Harmanpreet Kaur-led team started fresh with a withe-ball tour of England including three one-day internationals and twenty-20 internationals each.

The Indian women’s team did make a comeback in the second T20I but lost the series at the end in the final match of the three-match series.

Captain Harmanpreet Kaur (74* off just 94 deliveries) and elegant left-handed batter Smriti Mandhana (91 off 99 balls) started the ODI series with a bang, chasing down a target of 228 in just 44.2 overs in the first ODI played at County Ground, Hove on 18 September.

A woman about whom it won’t be incorrect to say, the “Iron lady” Harmanpreet Kaur kick-started the next innings where she left off in the first ODI.

Kaur got the English bowlers’ cheat code in the last phase of the inning, she launched six boundaries and three massive sixes in the last eleven deliveries and helped the Indian team to put a mammoth total of 333-5 on the scoreboard.

This special inning reminded us of the second semi-final match between Australia and India in the ICC women’s World Cup, 2017.

The Indian captain single-handedly won the match for her team, playing a blistering knock of 171* off 115 balls including twenty boundaries and seven huge sixes all over the park.

To this day, the knock hasn’t been forgotten and will likely never be. It’s just the kind of inspiration that the rest of the women taking to the sport need in order to self-motivate themselves to go for the big push at the international stage.

These kinds of innings not just help the teams to win the matches but also encourage every individual in the team to put their best foot forward and bring self-confidence plus motivate the team to fight till the last breath in any situation. 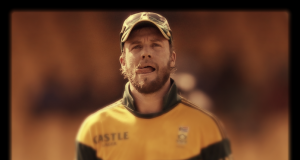 True To His Talismanic Abilities With The Bat, AB de Villiers...

Abhinav Bose - May 23, 2018
1
The denouement of a professional sportsman’s career is a universal act which has to be embraced in all its totality by both the said...