Prior to the ongoing T20 World Cup, the last that anyone saw of Evin Lewis in West Indies’ national colours was in the T20 World Cup, 2021. In the final contest of what was clearly a beleaguered campaign, Lewis consolidated the Windies start, the team eventually scoring just 157 runs in batting first.

It wasn’t some magnificent knock; yet, in the context of just how horrible the West Indians were, Evin Lewis found a way to score the second highest total on that day.

Pooran, Chase and Hetmyer made 31 runs collectively whilst Lewis made 29 on his own. Pollard had made a timely and meaty 44 off 31.

In reply, the Australians romped home with 22 deliveries to spare. While DJ Bravo and the Universe Boss playing their final World Cup T20I kept it light, there was not much to smile about for Evin Lewis.

Though one doesn’t think that it would’ve affected the left-hander all that much. Previously- and in the same campaign- despite scoring 56 precious runs against the Proteas, the highest individual score for his team on the day of yet another defeat, Lewis was his own man.

Truth be told, if Evin Lewis would not have pounded some huge hits to the fence, picking pace after a cautious start, who knows where might the Windies be against South Africa?

As a matter of fact, it may not have occurred to most hardliners who oppose experimentation that the only thing Windies didn’t experiment with in the tournament was Evin Lewis’ batting order.

Rest, particularly moves that seem worthy of being called theatrical, such as Gayle at number 3, went awfully wrong, much like the selection of Ravi Rampaul.  Not that the Windies’ mission for playing sparkling cricket was fulfilled in that World Cup.

After a few hits and mishits here and there, Evin Lewis and his Windies ended what was a disappointing tournament. Though that wasn’t after scoring his enterprising fifty, the only that a West Indies batter struck besides Hetty’s great knock of 81 (vs SL) in that forgettable outing in the UAE.

But it’s what happened to Evin Lewis thereafter that became the real talking point.

In the subsequent months, he’d find himself “unfit,” much to the chagrin of fans.

One hopes the so-called die-hard fan who apparently argues endlessly with the wider world over the Windies cricket and who roams about anxiously seeing the current situation of cricket in the Caribbean asked the following (or something like it):

How did Evin Lewis get declared unfit for national duties, his fitness posing a huge question suddenly despite fielding displays like that sensational one-hander for his Lucknow SuperGiants in the IPL?

When Evin Lewis grabbed a blinder on the penultimate delivery of KKR’s run chase, he didn’t just send back Rinku Singh (40 off 15), he sparked countless retweets and likes on social media thanks to his amazing athleticism.

Not long after, the ‘unfit’ Lewis was shown the door and of course, not by the IPL!

It’s just the thing West Indies needed in the aftermath of the disaster that was the world cup and the string of opportunities that emerged in T20 cricket.

While surely Evin Lewis would have wanted to score a lot more than he did in that year’s World Cup, it’s not that his 2021 numbers were deplorable; 489 runs, 18 matches, strike rate of 155, 4 fifties.

Yet not having Evin Lewis in the contests against India and Bangladesh, as seen a few weeks ago in 2022, was problematic. Was it not?

The Windies were served well by Brandon King and Kyle Mayers and would probably have revered that “no-result” in the opening T20I against Bangladesh but Lewis was missing in action.

When Pooran finally picked form and struck a masterful fifty in the final T20I, a 74 off just 39, you felt wow that’s such an Evin Lewis-esque performance. Wonder what would’ve been if Pooran’s compatriot hadn’t “failed” the fitness test and been slotted in as opener?

Anyhow. Any doubts that Windies may have had about Lewis’ importance- if at all- to the side were rendered baseless given how pathetic the side was against India, a familiar basher.

West Indies lost 4 T20I’s and won just 1. What must have the likes of Hetmyer and Lewis and probably even Russell thought seeing the capitulation?

Not that those in the playing eleven didn’t try; an inspiring 6 for 17 by McCoy and Brandon King’s gritty 68 in that Second T20I (St. Kitts) followed by performances such as Hetmyer’s 56 off 35 and Smith’s 3-for, both of which came at the Florida-bound 5th T20I stood out.

But the end result didn’t.

Still, we must also understand that what’s done is done.

The smasher in the white cricket ball, one with two T20I centuries to his name, both of which came against India, is back in the squad for the fast-approaching world cup.

Maybe not all in the Caribbean, especially those who still persist in the “my island is better than your island’s talent” mentality, an ever-raging debate, would be happy.

Yet, it’s somewhere important to take cognizance of Evin Lewis.

From 915 deliveries so far in T20 international cricket, Lewis has struck 1423 runs already.

Interestingly and this is to anyone who still doubts what a Trinidadian can do in white ball cricket- 1024 of these runs have come just in the way of boundaries and sixes.

To a generation that’s grown up on the clichéd line- when the West Indians hit it, the stays hit- Lewis’ batting only consolidates the truth!

And honestly, one doesn’t need to be animated by what is the truth.

Lewis has more T20I centuries than Kohli, who despite playing 58 more T20 internationals than the southpaw has scored his first (a brilliant one though) just days ago.

He also has a significantly higher strike rate- lest it be forgotten- than Babar Azam; the wonderful Pakistani batsman is nearing 130 whilst Lewis can achieve 160 in no time soon having long breached the 155 mark.

Two of the world’s famous obsessions done, let’s see how Lewis fares against the mighty Andre Russell, the latter clearly a globetrotting star.

From 67 T20Is for the West Indies, which boils down to 17 more matches than Lewis’, to be precise, the Jamaican has scored a solitary fifty.

Russell, unfailingly, has made a career dashing many down the ground or over cover and even towards long on. His reputation can’t- and mustn’t be- doubted.

Yet just how many have the Jamaican hit in national colours despite that experience?

Heck, even where their strike rates are concerned, Lewis at 155 is almost certain to tie with Russell at 156.

For the record, Evin Lewis is an easygoing bloke who loves batting. But then all of them do. All of them can hit big and make big runs.

Perhaps that is where we the fans obsessed with smashing hits need to grow up. Cricket isn’t and won’t only be about the “half a dozen(s)!”

It’ll be about who consolidates a knock, contributes in a stand, holds his ground, ups the tempo and hey, guess what- can play spin.

We know Lewis hasn’t quite mastered the final act.

But he’s a fine sweeper. May with his craft and power, he sweeps aside those that can’t do better than simply engage in bias and rest with vitriol for the World can do better and so too must the West Indies. 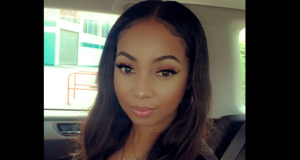