When the game came to a halt at the SCG with only six overs bowled, the true South Africa fan would still have wondered one thing and one alone.

It’s that for how much longer can one keep fighting against an old enemy that, over the years, has emerged as the greatest nadir of South Africa: rains.

It’s not the first time rain has spoilt the game  for South Africa in a world cup match in Australia, a match that looked well in favor of the Proteas ended in no result as rain returned and started pouring heavily when South Africa required just 13 runs through DLS revised target, although rain had other plans making both team share a point each in the end.

Even though the game ended in N/R it was evident the Proteas were dominating in all departments of the game.

South Africa’s bowling has always been their strength and considering the conditions yesterday they did quite a good job. Wayne Parnell and Anrich Nortje were excellent throughout the innings, they were hitting the right lengths, kept the Zimbabwean batsmans silent while their respective spells. The fact Rabada and Ngidi proved to be expensive must have surprised some experts but the batsman took all the advantage of the conditions that were favouring them.

South Africa fielding looked good initially but got sloppy as the game progressed, definitely wet outfield was a factor but should they be worried about this?

Fielding is a critical elements in big grounds  and they can’t let that string set lose, De Kock behind the stumps was brilliant as he always is not just that but he was sensational with the bat scoring 23 in the first over of the South African innings, showing no mercy on any bowler. He had clear intentions of finishing the game as soon as possible sadly luck was not on his side.

This NR (net run rate) has put South Africa in a situation where their upcoming games have become crucial for them. The points table will turning interesting as these two team shared the 2 points. The Proteas will be facing two solid sides; India and Pakistan where they will have to give their all to be on the winning side as it is not going to be easy for them to bag those points from these Asian teams.

The ongoing games against Bangladesh and then the one versus The Netherlands is where they will have to make sure they win to be alive in the knockouts race.

Anything less than that would seem like a certain defeat to one of the most exciting and power filled teams that there is- wouldn’t you agree?

South Africa have a lot to take from this game, it will be interesting to see how they face their next challenge.

The rain might have disappointed their fans as they could smell their victory but all eyes will be on players how they rattle their next opponent. Big games means more pressure as their two opponents had a pretty close encounter, one would like to continue its winning run and the other is looking to bounce back. Hope they don’t disappoint their fans and show the world what they got. 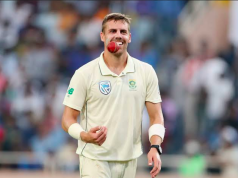 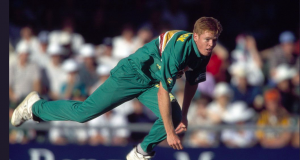