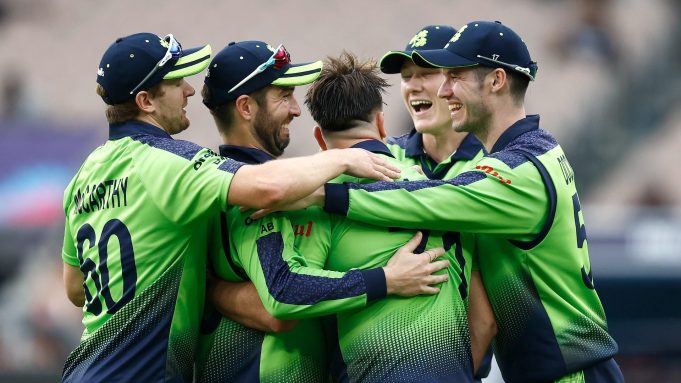 11 Years after Kevin O’ Brian’s magnificent century stunned England at Bengaluru, Ireland scripted another huge win. This one truly Morris the steady growth of Irish Cricket over the year, which despite setbacks has seen that the national team has started to perform like a major cricketing force!

Ireland is one of the 12 Test Cricket members of the ICC and one of the important ODI team among top 16 ICC One day International teams.

But whilst they are not yet a cricketing powerhouse it would be unwise to dub them minnows. For minnows don’t cause upsets frequently; that can be done only by a massively talented side that’s determined like a world beater.

The same has happened in the ongoing T20 World Cup.

Ireland have continued to grow as a side and have, over the years, become a decent team that’s unafraid to lock horns with just about anyone.

In T20 Internationals, they are even a better side who can challenge any top team on its given day.

This was the reason when they qualified for the Super 12 of the ICC T20 World Cup 2022 edition.

No, it was not a surprise.

The main challenge for them was to qualify for the semi-final in a group which comprised some of the most fearsome cricket teams.

Performing and beating teams like England, New Zealand, Australia and Sri Lanka on a consistent basis is difficult for any team and for Ireland who are still in their early years of International cricket becomes more difficult.

After losing against Sri Lanka, Ireland faced huge challenge to overcome England, a team which is considered to be one of the top contenders of the tournament. Andrew Balbarnie and Lorcan Tucker ensured a rapid start for Ireland.

England however fought back through Liam Livingstone and Mark Wood who ensured that Ireland lost 54-9 and ultimately were bowled out for 157, short by 15-20 than what was expected.

While considering tournament conditions 157 would be decent score but England have been playing very well of late, and it was expected they would chase this down as easily as Australia did previous night against Sri Lanka.

However, Ireland bowling attack had other idea, they rocked the English top order which ultimately reduced them to 105-5 in 14.3 overs.

By the time rain returned at MCG, the bowlers had ensured scripting another memorable win for Ireland, something which will be remembered for years to come.

Ireland have scripted many major wins but this win becomes especial considering the fact that this came in one of the most iconic sports venues “ Melbourne Cricket Ground” popularly known as MCG.

The stadium and its atmosphere gives goose bumps to the players, it is a stage where the best of the best love to showcase their skills.

The stadium had a proud history and in its heart it possesses number of memorable moments. It is one of the reasons why for Andy Balbirnie it became a special moment to savour. 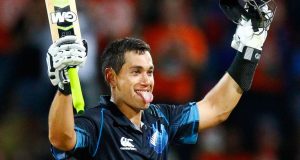 Abhishek Srivastava - February 14, 2018
0
12 years back when Ross Taylor started his international career, not everyone thought he'd become the most successful cricketer of his country. A decade...