You have your views. I have my views. We all have our buckets filled with tears already- don’t we? Yet, it doesn’t change the reality.

India for all its might have succumbed again. Succumbed to pressure of billion hopes, succumbed to the skill of the opposition.

Well call it whatever you want, but the reality is India once again failed to go the distance in an ICC white- ball tournament.

In all fairness, I believe reaching the semis for India was the appropriate finish given the squad. In the absence of Bumrah and Jadeja, along with no batting depth, we should have control our expectations

But then, in a cricket crazy nation of ours, it doesn’t take much to raise our hopes.

Winning and loosing are part of any sport.

Loosing after giving a tough fight is always praiseworthy. But, what is inexcusable is just surrendering without semblance of a fight.

To the mind it seems, there was intent-less batting in the first 10 overs.

Toothless bowling, such a meek surrender that haven’t been seen in ages.

This does bring the question that must be looked at, at least, now.

Was India’s Team selection close to being faultless knowing well that there’s nothing as such as perfection?

On a night when England used two wrist spinners brilliantly, India deployed two finger spinners who were ripped apart by a stupendous batting display from the English openers.

And to think of it, Yuzvendra Chahal did not get a game in this World Cup. The noted leggie wasn’t even picket last year for the World Cup played in the UAE and this year was a tourist in Australia.

For all the talks the Indian team management made after an early exit after the last world to be super aggressive in the power play.

Was it only for the bilateral series. Was it not meant for the World Cup?

Well, to shunn it down in the most important game of this World Cup gives a very sorry picture about the timid and the conservative mindset.

Yes, the ball was swinging but it wasn’t as if the bowlers were bowing at rocket speed.

All good and fine to say that the team needed this reality check but the fact of the matter is that the last year World Cup was considered as a reality check as well.

Think there are few players from whom we need to move on from the T20 setup.

Think Ashwin and DK have played there last for India in T20Is. Bhuvi too should not be persisted with.

Rohit Sharma’s performances have also been quite disappointing. And that’s not the end of it all; there’s something we must address about the other Rahul- not the one who faced 31,258 deliveries in Test match cricket.

KL Rahul’s overall record might not be too bad, but to be honest he hardly ever sores big against quality oppositions.

Time is ripe to invest in youth especially in the T20Is.

Also it’s time to get rid of this hell bunt attitude of not going all out in the power play.

Just get young guys playing this format, give them the freedom to express themselves. Start building now, won’t mind loosing some meaningless bilateral in pursuit of something meaningful.

No use of resources if the vision is diluted. 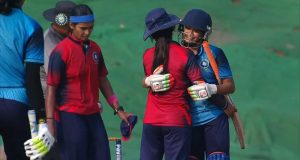 Women’s Challenger Trophy – Winners And Learners From A Tournament Full...

Shruti Banerjee - January 8, 2019
0
As the Women’s Challenger Trophy ended in Mulapadu, Andhra Pradesh on January 6, one realized the tournament presented a lot of promising cricketers. The competitively-fought...