Batsmen from Jamaica are known for their power hitting abilities but the approach of one young man from the same island, Brandon King, appears more compact and solid. Despite that, he can also take apart the bowling, as he proved against Barbados Tridents in 2019 when he hit 132 of 72 balls to become the highest individual scorer in CPL history. As a result of this knock, he immediately caught the attention of selectors and was selected for the ODI and T20 series against Afghanistan in India.

Anyone playing for a team that has not been performing well for some time feels more pressure, yet he scored a valuable 39 against some quality Afghan spinners. He didn’t have a good time in the T20 series as he failed in all the matches and subsequently dropped from the team in late 2020. A year later he again got the recall and from there on he has become a consistent performer.

West Indies batting line-up have had a plethora of left-handers in the past but some quality right hand batsman like Shai Hope and now Brandon King is a good thing to have to counter opposition bowling strategy. The two time champions were knocked out of the ongoing T20 world cup in Australia and their no batsman reached half century barring Brandon who scored a well compiled 62 of 48 balls which helped his team to post a respectable total of 146 on the board.

But Irish batsman demolished toothless Windies attack and won the match easily by 9 wickets much to the disappointment of legions of Caribbean fans.

Coming back to Brandon’s performance, the right-hander showed good composure despite the continuous fall of wickets at the other end. Had he not stayed till the last ball the team would have capitulated pretty early?

The way he anchored the innings when runs were hard to come by showed he has all the attributes to be a good solid batsman.

Windies badly need such players who is willing to rotate strikes to keep ticking the scoreboard and pouncing on anything loose stuff from the bowlers.

But for me if he wants to become a truly world class player then he should show willingness to play test cricket. Shorter formats won’t develop you as a batsman who can prosper in any condition and situation. Cricket is played in variety of pitches from fast and bouncy to slow and rank turner and as a batsman you can only acclimatise to these conditions if you play test cricket both home and away.

Franchise cricket brings a lot of money which isn’t bad at all but then playing for country means a lot and Brandon should understand the importance of it.

The young man shouldn’t be following in the footsteps of their seniors like Kieron Pollard who never showed any intention of playing Test cricket as a result he always looked vulnerable against short pitch bowling and spinners.

Still early days for young man as he has a long way to go and to play in a team who has been on losing streak won’t be easy for him to cement his place in the side. But with sheer hard work, dedication and following the basics anything can be achieved and only time will tell whether Brandon is up for. 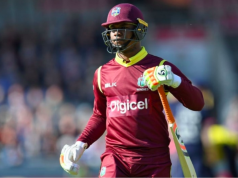 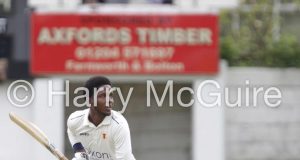 Dev Tyagi - June 15, 2021
0
If you are a fan of Caribbean cricket, then perhaps the present moment is a rather interesting one. On the one hand, there's massive...