This T20 world cup gave us lot of surprises, upsets that we never thought could happen but there one such match no one could have expected that it will go the ‘Dutch way’, Netherlands knocking out the mighty Proteas from the tournament, while everyone was hoping South Africa to register a win against the Dutch, they had other plans.

People think it happened overnight, but did it?

When quite a few fans around the world didn’t take the effort to even get up expecting it will be a one sider but it wasn’t. Their journey was not that easy though, it was a team which consists of players who work in corporates and are part-time cricketers. Team consisted of some players who had taken leaves from their respective jobs to play the world cup.

It all started when few test playing nations agreed on bilateral series with them, teams like Afghanistan, England, Pakistan played T20is and ODIs with them.

Their year started with playing Afghanistan where they had to face a 3-0 defeat in the ODIs. So was that the only heartbreaking series loss?

This series was followed by New Zealand, the West Indies, England and Pakistan. The Dutch could not  register even a single win across all series, in fact the English team seem to have hammered them scoring tons of runs and getting them out cheaply, not something they would have wished.

Although, there were positives to be taken from these games.

Their latest series before the world cup against Pakistan displayed character, losing games from a small margin showed that this team is hungry for wins now. Prior to the Pakistan series they also reached the final of the T20 world cup qualifiers where they faced defeat again Zimbabwe.

The team has managed to find a great opening combination in the form of Vikramjeet Singh and Max O’Dowd, two firing openers, if they get going it’s hard stopping them. They have all-rounders like Colin Ackerman, de Leede who have rescued them number of times. Not to forget Scott Edwards who has led the side to these milestones.

The other players in the team have also shown their calibre, the Netherlands have a series coming up with South Africa in 2023, it’s not going to be easy for them as the Proteas will be seeking revenge of the major upset the Dutch gave them, as they would like to erase the sour memories of the world cup.

There is little doubt that Netherlands have created history, defeating a side which even India couldn’t manage to do this world cup, a match people will remember for a long time, especially themselves.

The Netherlands coach Ryan Campbell is very keen on other teams playing bilateral series with them, as it is a ways his side can improve. They still have a long way to go, considering their T20 world cup campaign Dutch cricket can be seen going only upwards from here, although time will tell the rest. 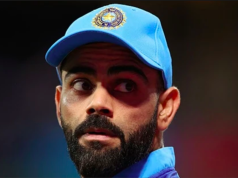 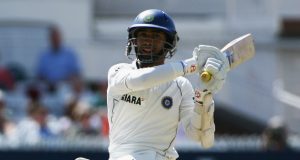