Each time a women’s cricket team takes to the field to play a test match, a familiar pattern emerges. There are often four compelling days of cricket, a few days shortened by rain, the inevitable draw as a result and the usual debate after each game about whether women’s test matches should be four or five days.

Unsurprisingly, the last 6 women’s tests (albeit over a 5 year (!) period), have all ended in draws. Let’s look at the pattern over the last 2 years in the four tests played between England, India, Australia and South Africa (most recent first):

What do each of these test matches have in common? Other than the fact that they all ended in draws:

The debate raged after each of these tests yet again: should women’s tests be five days, or at least in the interim have a reserve day in the event of a substantial amount of time being lost due to rain? However, this article will not debate the pros or cons of that suggestion (even though the author is well in favour of that idea).

Rather, the main purpose of this article is to advocate that, regardless of whether women play four or five day tests, they need to play MORE test cricket.

Six tests in 5 years, especially limited to primarily England, Australia and India, is simply not good enough for women’s cricket, which has grown immensely over the last few years.

More and more women’s cricket teams are springing up on the international stage, and there is also an increase in franchise women’s tournaments (The Hundred and the Women’s CPL have now joined the well-established WBBL and the Women’s T20 challenge).

Such developments bode well for the continued development of the women’s game going forward, but if you ask any of these cricketers if they want to play more (or even any) test cricket and the answer will be unequivocal: yes.

However, contrast the eagerness of women cricketers to the seemingly apathetic comments made by ICC President Greg Barclay in June 2022. He said:

While his comments were widely criticized, with England women head coach Lisa Keightley and captain Heather Knight among the critics, it must be said that he does have a point. In order to play test cricket successfully, domestic structures need to be in place to support that.

That is something that is quite evident in the men’s game, where the countries with the best-developed domestic systems tend have the best performing international Test teams.

However, each of the women’s tests highlighted at the beginning of this article were competitive, exciting and most importantly of a high quality, despite both sides lacking the domestic structures Mr. Barclay alluded to.

We see batters such as Ellyse Perry, Smriti Mandhana, Nat Sciver, Heather Knight, Marizanne Kapp, and Alice Davidson-Richards, a player playing only her 7th ever international game showing not only the technique but also the patience, aptitude and the mentality to notch superb hundreds (and in the case of Perry, a quite sublime double century).

We see bowlers having the skill and ability to take wickets at regular intervals, utilizing the seam, swing, pace, bounce and spin when it is available and also the wherewithal to set up batters over the course of a spell.

Therefore, if women’s tests can be this competitive, intense and enthralling and produce this much quality without the appropriate domestic structures, imagine what teams can do with such structures in place.

Hence, the answer is not simply to write off women’s tests because countries lack the requisite domestic structures; the answer is to work with the local boards to start developing these structures. This will albeit take some time, money and other resources, so in the short term, just let women play more tests!

The development of the game is there, the desire on the part of the cricketers is there, and, crucially, the talent, skill and ability to play test cricket is there.

Therefore, women’s tests simply need the support of the ICC and their respective local boards to expand further. And give them the extra day for good measure so that these excellent matches will have the results befitting of their competitive edge. 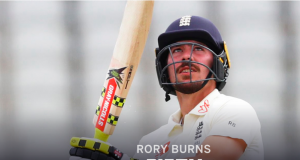 Balaji - July 29, 2020
1
We were impressed by the great Stuart Broad, we enjoyed Anderson attack Windies in tandem with 'Broadie.' There was much to admire in the...