“Darn, India lost to Bangladesh?” “Rohit, the Hitman is out of form.” “Steve Smith is.” “Rahul’s just made a fifty, albeit in a losing cause.”

“Dravid isn’t the right choice for the coach.. remove him.”

“The IPL is around the corner!” “Sachin is God!”

Is Cricket, a game we love, a sport we are obsessed about, only about the big names and the incomparable talents? Could it be that there’s an impediment in our vision especially where it comes to taking note of those who don’t have vision, but interestingly, don’t lack any of it.

Not that you need to be Schopenhauer or Plato to understand a truth of the Cricket world that Blind Cricket is here, alive and very much thriving.

The visually-impaired, the visually-challenged, there are many ways of addressing the realm of Blind Cricket. But what needs an urgent hearing from you, the so-called Cricket devotee, you the one who makes Cricket larger than life is that the T20 World Cup for the blind is here.

That said, here’s what noted website Current Affairs Adda 247 had to say about the driving force behind the execution and implementation of the T20 World Cup for the Blind:

About the Samarthanam Trust:

CABI’s committee selected the top 56 players who underwent coaching camp in Bangalore since July. Further assessment by the Selection committee led to the choice of the top 29 players who underwent rigorous Cricket Coaching and fitness assessment in Bhopal for 12 days. The selection committee has now chosen the final 17 Indian Squad for the 3rd T20 World Cup Cricket for the Blind. The World Cup will consist of a total of 24 matches to be played in several cities in India.

Perhaps what matters most regarding the T20 World Cup for the Blind is that no fewer than seven teams from across the world are here and that too, in the beating heart of the sub-continent: India.

India start as favourites if that can encourage those of us who are comfortably oblivious to the T20 World Cup for blind akin to a most hypertension patients who don’t even know they have hypertension.

These wonderful, skilful, talents- not stars- are here to perform.

The players are on the ground whilst you, I suspect, are probably already hanging out on Insta, Twitter or amid the usual hustle and bustle of what’s generally a traffic-infested Monday morning.

Not that hanging out on Instagram, the affable and gripping platform is a crime; but what would be criminal injustice by the cricket fan is if he’d stay obsessed about the big forces of world cricket whilst reducing the worth of the visually impaired cricketers to that of a tiny gram!

These cricketers, whether India’s Reddy or Venkateswara Rao Dunna his deputy have performed in the past with much gusto and with a singular objective- to put everything they have within, whether passion, courage, determination (cliches for many of us, not for them) to win for a cause.

And that cause is their T20 World Cup for the Blind. It’s their priority.

That’s what they are in India for and make no mistake 150 talented cricketers from across the globe.

Pay much interest to the fact that South Africa are here, the team from the land of the legendary Sonwabile Bidla, the man that not many can be.

Yes, even Pakistan, the team whose cricketers, who by the way have nothing to do with terrorism, are subjected to colourful language at any given possibility by many.

Many of us who’ve discarded common sense and joined the troll armies. Not that it helped achieve anything for anyone. Not that it ever will.

Though truth be told, what would is if we gave time and showed support towards a special band of talents connected to the game we tend to forget, is still considered the “Gentleman’s game!”

Supporting the T20 World Cup for the Blind, it can be said with certainty will not lead to any of the following:

Yuvi playing his part as nicely as ever!

Yuvi, our lovely Yuvraj Singh, has been appointed the Brand Ambassador for the T20 World Cup for the Blind.

And the Prince of Punjab, most of us know, already stands for vital causes like You-We-Can- does he not?

By that logic, if You and I, i.e., ‘We’ can together stand up for supporting the T20 World Cup for the Blind, would it not lead to the ultimate V for Blind Cricket?

Just think about it.

Remember in an age where V has become vitriol and violent, V very much means Victory. 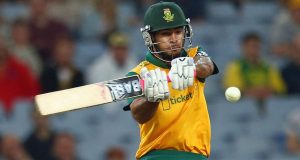 The New Spark In The Protea Fire: Reeza Hendricks

Pranay Rangra - August 7, 2018
0
Amla isn't scoring fifties with the consistency and glee he's normally demonstrated. Faf's injured and is out of the series. When will he be...