The year 2022 will go down in history as one of the best for England cricket. They have excelled in every aspect of their game, be their Bazball strategy or in winning the T20 World Cup. And when it comes to the IPL Auctions 2023, they are the millionaires too. The Indian Premier League must be given credit if T20 cricket is becoming more and more popular. Mini-auctions for the IPL 2023 season were held on December 23. Auctions could undoubtedly explain why cricket can be harsh at times. Let’s go through what happened at the major event and who got an early Christmas.

Become a fast bowling all-rounder to become a millionaire.

Teams always support all-rounders, especially pace bowling ones, when it comes to T20 cricket, and Sam Curran has it all. Everyone anticipated significant offers for him and knew that all the teams would be interested in signing him, but no one imagined that his name would garner the highest offer in IPL history. Sam is returning to Punjab Kings, who acquired him for the staggering price of 18.5 crores, where it all began for him in the IPL.

Ben Stokes, a teammate of Curran’s who missed the IPL season last year, was about to play again this year. Chennai Supers Kings was pleased to welcome him for the mammoth amount of 16.25 crores. The man who gave England their first World Cup will wear the yellow this season.

A quick bowling all-rounder once again, Cameron Green received the second-highest bid of 17.50 crores and will join the Rohit Sharma-led Mumbai Indians. Being his first IPL season, Green already showed what he is capable of at the international level. The Indians were in desperate need of a fast bowling all-rounder because Pollard had retired from the IPL and Hardik was playing for the Gujarat Titans. Now they have their Aussie player, who would fit in well with their current playing lineup.

Former West Indies all-format captain and truth be told, one not in the best of knicks this year, Jason Holder, another pace bowling all-rounder, will play for the Rajasthan Royals for 5.75 crores and becomes prized at auctions once again.

Nicholas Pooran, who hasn’t had the best year of his career, was purchased for 16.5 crores by the Lucknow SuperGiants. Although everyone knows what he can do to the oppositions, but 16.5 crores is a  hard pill  to swallow as he is yet to make an impact in the IPL.

Harry Brook, who recently begun his International career got a whopping sum of 13.25 crores and he is going to play for the Sunrisers Hyderabad. He was the first name to be put up for bid at the IPL auctions 2023, and teams sprang into action to get him.

Eventually, SRH, coached by the inimitable Brian Lara did. It appears that his Test cricket exploits have been successful.

Auctions are surprising. Aren’t they? So, let’s look at some of the surprises.

Joe Root eventually gets his IPL bid and is signed by the Rajasthan Royals for just Rs. 1 crore.

A T20 specialist bowler named Adam Zampa was not sold in the first round but was eventually acquired by the Rajasthan Royals for 1.5 crores. But given that they also have Yuzvendra Chahal, the real question is whether he will have a chance to play or not.

This season, David Wiese from Namibia, Sikandar Raza from Zimbabwe, and Joshua Little from Ireland all make it to the IPL and will play for Kolkata Knight Riders, Punjab Kings and Gujarat Titans respectively. The greatest three players a team could have, these three will have the most opportunities in the coming season.

Will all of these guys be able to perform worthy of their purchase price? Well, how can someone prove himself when the tag is of 18.5 crores? Let’s wait till the major league to find out. 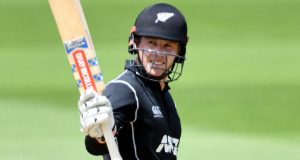 The 2019 Cricket World Cup Is An Opportunity For Henry Nicholls...

Abhishek Srivastava - May 30, 2019
0
This is the only the second time that New Zealand are entering a Cricket World Cup as one of the favorites. While the rugby-mad...