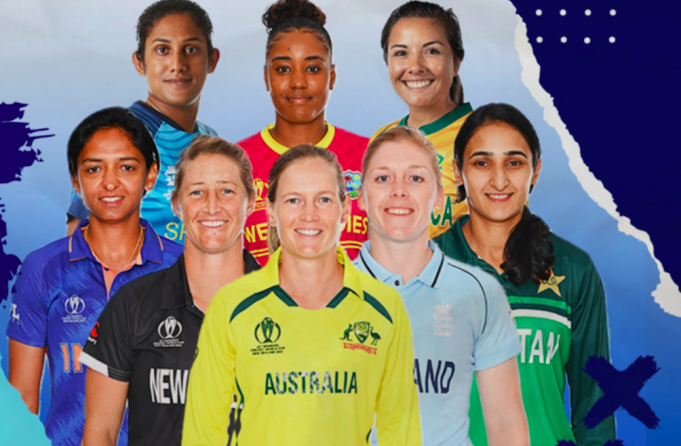 2022 was a whirlwind year not just for cricketers but women’s cricket as a whole. It lifted spirits, saw incredible leadership qualities, comebacks, and even saw veterans with their last run on the field.

This year also showcased some fine talents and prodigies who gave a promise for the future to behold. Yet there were some players whose phenomenal run inspired not just their team but lifted the spirit of the game itself.

So which talents from the women’s game made 2022 a truly unforgettable year?

Mooney’s unbeaten run is a nightmare for any team. Unless the opposition gets her wicket, no match is far from over. In the record-breaking year, Mooney amazed 874 runs at an average of 83.25 across all formats. She is currently ranked two both in ODIs and T20Is. Nobody matches her consistency and her gameplay as she is the difference between the win for the Aussies or any opposition. Match after match, her presence has become invincible and guiding the Southern Stars to many famous wins like the one against Bangladesh in the 2022 world cup and the current series against India.

A year of comeback has indeed been memorable for the swashbuckling batter. She worked on her consistency, took time to settle down early in the innings and then the fireworks began. In spite of the two back-to-back heart-breaking losses in ICC tournaments (World cup and Common wealth Games), Harmanpreet Kaur is tirelessly in haunt for a major Trophy as the new Indian Captain across all formats. She took it on herself to get India over the line all year long, be it the fielding, batting or bowling she gave it all. If India could have got qualified for the knockouts in the world cup, it should have been for the deserving Harmanpreet Kaur.

The backbone of the Proteas lineup struck gold this year, phenomenal is a word still small to describe her contribution to the team and those famous wins like that against New Zealand in the world cup and the maiden 100 against England in the one-off test match at Taunton. In a year of being the top all-round cricketer in her team, she remains as the leader of the pace attack. With tight lines and disciplined bowling, Kapp brings the fighting spirit of what the Proteas team symbolizes to action whenever she takes on the field.

In the month of June, Kapp was awarded the Player of the month honors.

After coming back to the Kiwis squad for the worldcup, she had a good run in the tournament. In the eventual knockout match against England, Mackay took the game deep that gave Newzealand a real chance to stay alive in the tournament an economy rate of 4.06 runs per over. She picked 4-wickets in that match but ended in a losing cause. Her bowling spell had a simple technique but affective in a high-pressure game. This single innings of her was an incredible display of strong commitment towards the game to fight it till the end and won many hearts.

If spin bowling is an art, Ecclestone is the best artist ever known to exhibit such talent. With tight lines, unpredictable bowling and the miserly trait of offering no freebies, Sophie Ecclestone has become a name revered for excellence.

The way she puts pressure back on batters and puts the tight lid on the scoring even against top teams like Australia makes her truly unforgettable.

Armed with a nearly perfect bowling technique, Ecclestone promises to deliver in every match, which basically speaks volumes of her credibility.

In the match against India at Bristol, she sealed the match for England and put them in the driver’s seat. India was restricted to a score of 122, all due to the 4-fer by Sophie Ecclestone. The batters comfortably chased down the target with ease, due to the solid breakthrough she gives early in the match. She picked 52 wickets in 2022 and ranked world number one across all the formats.

The passion, the energy which the veteran brings to the fabulous game of cricket made it even richer. Her talent was evident in rich aplomb as she proudly walked out by taking the Windies Women to their famous knockout finish at the ODI World cup. She played the anchor behind some jubilant wins for her team, for instance in the opening match of the tournament against New Zealand, wherein she took the entire responsibility to finish the match in the final over.

With an incredible spell by picking two set batters, Dottin scripted the turning point of the match. She gave a superb start to the tournament itself and a champion player made for the big stage made the year really special and will be remembered as a prolific player to ever have donned this stage.

It’s a shame that the legendary hitter of the white ball is no longer an international for the Windies women.

The English player was the key to England’s final finish in the world cup and the knockout finish at the commonwealth games.The vice-captain’s unmatchable consistency is an asset England have been able to bank on all year long. Starting the year as the highest run getter in the ODI leg of the Ashes series but ending on a losing cause to the dominant comeback against the West Indies following a break, Nat Sciver has done it all.

And she did all of that with rich aplomb in 2022. Truth be told, the perpetual white-ball scorer he just got better with every game.

She averaged 59.50 this year with the bat and also picked 21 wickets. Heard of showstopping incredible? That’s her.

The right-hander’s unbeaten knock of 169* in the one-off test match against South Africa remains as the highlight among this year’s knocks.

Coming in as a potential replacement for a Veteran like Jhulan Goswami, she came out of that shadow early in her career and created a path for herself. The inswing bowling style and Yorkers she bowled displayed her discipline and is a potential front-runner and captain’s first choice pacer for years to come. Having picked 38 wickets of the 7 matches she played in ODI’s at an economy rate of 5.42 is a revelation. Her brilliance as a new ball bowler crippled England batters and was one of the reasons that India won the bilateral series against England. She picked two 4-fers in this series. She passed her success smoothly to the shortest format as well where she picked 20 wickets this year. India’s future of pace attack is in the right hands.

The stylish left hander made batting look easy with her sound technique and stroke play in much of 2022. Her consistency especially in the ODI’s makes her one of the finest batters of this era.

The Proteas’ finish in an inning depends on the start she gives as the unit’s opening batter. And it’s precisely here that Wolvaardt struck big in 2022.

So how was that?

One of her prominent knocks was the one against Windies that took place at Johannesburg. When the Proteas were struggling and running short of partners at one end, Laura stabilized the innings and paved a vital partnership with Sune Luus and hit a magnificent knock of 117.

She scored over 1000 runs this calendar year and currently is ranked world number three in ODI’s.

In a year where to all of us cricket was about Kohli and Babar, Labuschagne and Pandya, Afridi and Williamson, Smith and Warner, it’s outstanding talents like Laura Wolvaardt that led way to a change we all love.

The lone fighter in an improving Irish squad, Lewis is currently at the helm of affairs as she is doing fabulously both as a batter and captain. Ireland won the series against The Netherlands on the back of an unbeaten knock of 92* in the third ODI and sealed the match and series for Ireland at the Hague. Though there is a large ground that this teams to cover to be more competitive, Gaby Lewis is the face of such transitional phase.

2022 was a year that pulled crowds to watch and cheer for a game that’s often been skewed towards the men.

Probably, all of it is a transitioning phase; maybe with ball by ball, the action would change towards the best either at the back of a sharp fielding effort, or a precise spells or even magnificent striking.

Since 2017, the women’s game has been on the rise. It grabbed the eye balls of many around the world and inspired a generation to take to Cricket as a profession. With the coming up of the Women’s IPL and another world cup to boot, it seems that from hereon in, the only way forward for women’s cricket is up! 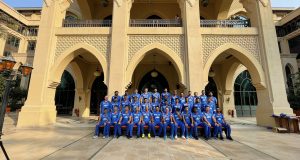 Delhi Capitals: What Led To Such A Fine Journey in 2020?

Robin Rounder - November 13, 2020
0
This year the Delhi Capitals reached the finals of the Indian Premier League for the first time in thirteen years of IPL history. They finished...