The quest for Asian supremacy has primarily favoured the Indians on a contemporary note, regardless of the format it has been played in (ODIs or T20Is). Although India’s performance in major events has yet to be up to the mark of late, it still entered as a firm favourite. However, while it was stunned by arch-rival Pakistan in the Super 4 stage, Sri Lanka, too, pulled off a shocker, knocking India out of the Final race.

Even unexpected was that it managed to finish atop the table during the stage and overcame all odds to edge past solid favourite Pakistan in the final to win its sixth championship title. Given how Lanka cricket has been undergoing a transition phase over the last decade, it was never really a favourite to go past the Super 4 stage, let alone win the final.

Also, with the country going through extreme economic instability, which also forced Sri Lanka Cricket (SCL) to host the tournament outside its nation, in the United Arab Emirates (UAE), it was never an easy task for the Lions. Nevertheless, Lanka must be applauded for taking the situation in its stride, and it motivated the Lions to prove to Asia and the globe that they might be down but not out for now.

Well, what else can we say for the mighty South Africans? They are not having the best time in international cricket, while their troubled governing situation with Cricket South Africa (CSA) is making things worse. Furthermore, irregular performances and series losses have forced them to the mid-table in the ICC Rankings.

As India toured South Africa, the visitors were off to a triumphant start, winning the opening Test in Centurion, which was quite evident, given the hosts’ poor run lately. However, hardly anyone had any idea that the Proteas would come back in such a decisive fashion, as they went on to win the following two Tests. What seemed to be a demoralising situation for the hosts became a nightmare for the visitors.

South Africa gave a strong message to global cricket that, just like Lanka, it is not down and out yet. It has kept up with the momentum in the format, as it is firmly in contention to qualify for the ongoing ICC World Test Championship Final.

However, it choked as usual in the limited-overs contests and the T20WC in Australia. Thus, unfortunately, some things didn’t change for the Proteas, but it gave out a message that despite being on a low, a team can stand tall in international cricket with sheer grit and determination.

A few months back, when Stokes announced his retirement from the One-Day Internationals, it was the most shocking news a fan could ever receive, given that the 31-year-old English all-rounder is still in his prime and has a lot to contribute to the sport.

However, the reason behind it is severe pain and a grave issue that the International Cricket Council (ICC) might be overlooking.

The reason is none other than the crunch scheduling of the international matches, which ranges for all 12 months. Also, the influx of domestic Twenty20 (T20) franchise tournaments makes things even more difficult for a cricketer as to what he should choose. The constant shuffling for a cricketer across three formats is bound to affect his physical and mental health.

Stokes has had enough of it, and judging by the impact on his health in the long term, he took the wise decision. Also, given that he is now the skipper of the English Test side, it is a dedicated responsibility that he has to abide by at all costs, and an utter focus is what he needs. The decision has been a boon for him, as England remains unbeaten under him in the longest format, creating history both at home and overseas.

Also, Stokes’ decision comes when there is a debate on whether the ODIs are sustainable enough, given the impact and success of Twenty20 cricket. Well, that is something for the ICC and the Marylebone Cricket Club (MCC) to take a call upon. However, it warns that a steady balance is needed in the cricket schedule, regardless of the format played. While resting players is one technique the cricket boards apply, for now, it is certainly not a permanent solution, given the increasing competitiveness in global cricket.

Dear Pakistan, besting India is not a trophy

It must be admitted that Pakistan has become a formidable cricketing side in the last couple of years. But, what has been notable is that it is producing its best performance in mega competitions, especially against arch-rival India. Following the conquest against the Men in Blue, the Men in Green keep glorifying it to a long extent. They bask in the glory so much that they eventually squander in the tournament’s latter stages, where the game and performance matter the most.

Since coming up with successful performances against India in the Asia Cup and the T20WC, Pakistan was so content with those performances that it failed to deliver a title-winning performance later. Moreover, it has yet to come up with the same enthusiasm and determination in its bilateral ties, especially in Test cricket. It has lost a couple of home Test series to Australia and England, as its chances of qualifying for the WTC final are practically over.

Thus, I request Pakistan cricket to stop prioritising clashes just against India and give equal importance to all matches. Also, performing in global competitions does not mean going loose in bilateral cricket, as this attitude has undoubtedly cost it its place in the WTC final. Yes, since Indo-Pak ties are irregular currently, the game is critical, but certainly not at the expense of other vital matches.

Associate nations display their prowess, thanks to T20

The global events are the platforms where the associate nations display their talent and how much they are rising in world cricket. The T20WC this year was the platform where a couple of associate nations, Namibia and Scotland, were on a roll, pulling off upsets against Windies and Lanka. Also, the Netherlands drew eyeballs with its consistent performances, as it made it to the Super 12 stage.

These nations have proved that international cricket is making them more robust, thanks to the advent of T20 cricket.

No matter if some so-called cricket buffs hate the format, it is indeed doing wonders for the sport, and it is this format that will allow the sport to flourish globally in the near future, as cricket, besides becoming a future Olympic sport, could also come on the same lines as the FIFA World Cup. 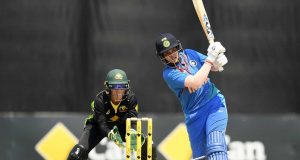 Dev Tyagi - March 8, 2020
0
Up to this point, one doesn’t know whether it is first-time finalists India or hosts  Australia who are experiencing the nerves for the ultimate contest...