Take a glimpse at the international career record of Dasun Shanaka and you’ll not find anything extraordinary. There are number of cricketers in Sri Lanka itself who might have achieved an exceptional deal than him. Yet, here he is- unwilling to give anything else other than his best. He’s the leader of a team, that has spent a majority part of its previous decade in pure struggle especially in limited overs cricket. Shanaka neither has the persona of an Imran Khan nor that tactical genius of a Stephan Fleming. Then how has he inspired these cricketers to punch above their weight in the recent times?

The Man from Negombo brings numerous things beyond numbers; he infuses an immense hunger to succeed, zeal of never giving up attitude, believing in self and his players. He wears his heart on his sleeve and is ever ready to go to any extent to see Sri Lankan Cricket prosper. He has calibre to change the momentum of the game. Since taking over as captain he has infused life in the team, the players seem to have more positive outlook towards the game.

It does not mean that everything has been cosy, as a captain he has had his own struggles, leading a side who more often than other has grappled to achieve consistency. The batsmen have looked at him to give them an impetus to their performance, and the bowlers have frequently glanced at him to guide them. But Dasun Shanaka has always been a warrior who has never afraid of dreaming.

He was only five when Sri Lanka won the World Cup in 1996 and had first taste of the game, in the subsequent years he dreamt of playing for Sri Lanka, a goal he achieved in 2015. He played his first T20 game against Pakistan. A year later he donned Sri Lankan Test jersey. He was touted as someone who could full fill the need of an all-rounder. It was a tremendous burden of expectations which ultimately affected his game.

Sri Lanka has tumultuous period from 2015 to 2021, change in captaincy and coaches were frequent. Shanka’s ability as a leader was first spotted in 2019, when he led the team to a series win against Pakistan. In 2021, he was appointed as the regular limited over captain of Sri Lanka.

In the initial phase, Dasun Shanaka struggled with the captaincy and was unable to yield the desired results; his team lost 9 games and could win only 3. Post 2021 World Cup, the turbulent period continued as the team lost against Australia and India.

The turning point of Shanaka’s captaincy and Sri Lankan limited over game came in final T20 International against Australia. Having lost first two games, the situation looked bleak for Sri Lanka in the final match. Australia had scored 176-5 in 20 overs and Sri Lanka were struggling at 118-6 after 17 overs, needing 59 in just 18 balls. At this point of time when everyone had given up hope on Sri Lanka, Shanaka led a surprise assault that marshalled Sri Lanka winning the game by 4 wickets. Shanaka scored 59 of 25 balls and infused a new lifeline in the team.

The team won the ODI series against Australia by 3-2 but the bigger reward was winning the Asia Cup, one of the major ODI tournaments. While the team did struggled in T20 World Cup in Australia but its performance in India proves that it has come a long way. Despite a series loss the team under Shanaka’s guidance performed amicably.

He was the primary architect for the remarkable win at Pune. His batting ensured that Sri Lanka posed a daunting target for India and later on when India was looking to bounce back with some extraordinary hitting, he didn’t lose his cool, and the result was first Sri Lankan win on an Indian soil after a long time. His hundred in First One day International might not have saved Sri Lanka suffering from a 67 run loss but it was another proof of his ability as a cricketer.

Shanaka’s belief in his young team is something that has done wonders for players like Charith Aslanka, Dilshan Madhushanka and others who took the game to next level. In an year when the teams shift their focus on 50 Over World Cup to be played in India later this year, Shanaka will play a pivotal role to Sri Lanka’s plan to return and to elevate the performance in global events. He will have onus to ensure Sri Lanka once again regain their status of giant performers in World Cup tournaments. 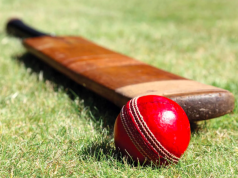 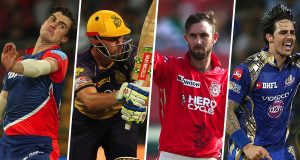 Examining The Love Affair That Is Australians In The IPL: The...

Navid Khan - April 6, 2020
0
The presence of the Australians in the IPL has made a fine contest even more thrilling, a fest functioning on pure skill, appear even...