What’s historic? What is development? If these two become, it compliments, what is to be the inaugural U-19 World Cup 2023. A tournament that taps the talent of the young blood, the U-19 World Cup is slightly more. How?

It unleashes the potential of what these youngsters could later become provided they are rightly groomed.

The women’s game is in a momentous situation and it is only going rise and rise from here at all levels. It was only the accomplished women cricketers we knew are at the forefront, but there was an invisible path of junior level of cricket they progress through to get there.

All the cricketing teams across the world will now be obliged to setup a reliable grassroot level infrastructure to setup and raise a team as a buildup to such events. Women’s game always missed this development as the foundation for the game comes from such established institutions at every level (school, club, state) of the game.

The U-19 World Cup 2023 is unique considering the talent pool that will be in display, it is a big step towards showing how much women’s cricket would offer for the future.

The first ever tourney will now be contested among 16 teams. One of the unique features of this tournament is a wider representation of cricketing nations, even Women’s T20 world cup has only 10 teams competing in the competition.

More the involvement of countries, the better will be the ability to showcase quality players and train such potential players. Given the amount of technical know-how that will be exchanged among well established cricketing nations and developing teams, this tournament is a huge step towards developing all teams alike by getting them to participate in such tournaments. The tournament’s success will just not rely on records but more on how team compete and get better by each game.

Women’s game will make its presence felt with the telecast of the games. More and more people from different quarters will get involved in the sport.

One reckons, there are no tournament favorites, as all teams have an equal chance to exhibit their talent.

This ICC showpiece event is designed in such a way that the teams are split into four groups (A, B, C, D) having four teams each. Each of the Top-2 table toppers will again be grouped into two groups (Group -1 & 2) and then the top two teams from each group will advance to the semi-finals and followed by the finals.

Moreover, the U-19 2023 is a massive step towards making the women’s game have a global presence through the tournament. Its upwards and onwards from here for the grassroot advancement of the game. 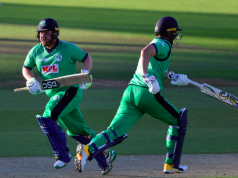 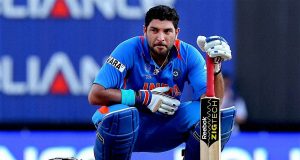 Is Yuvraj Singh’s Omission From ’19 World Cup Going To Cost...

Chandhana Gogineni - April 16, 2019
0
Yuvraj Singh, the man behind India’s long wait for a world title way back in 2011 is sidelined for the 2019 World-cup consecutively after...