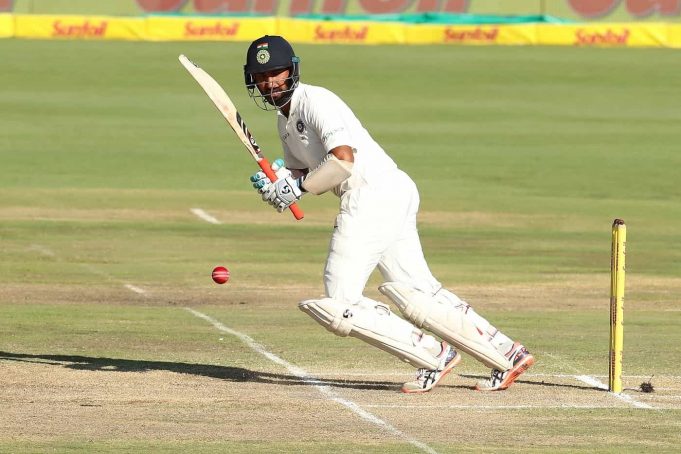 The world doesn’t come to a halt when Pujara comes out to bat. People don’t throw away their TV sets when he gets out. Chances are, if there’s a Kohli at the other end, you’d rather be interested in seeing the thrilling talent bat.

Even as the world reels with it quite often, yawning isn’t necessarily its favourite habit. Pujara, it ought to be said, can surely induce some but often to good results.

So when he consumed 54 deliveries to get off the mark, even as the fan retreated to doing what he might’ve been- checking Facebook posts, speaking to the girlfriend, answering back office e-mails, there was a quite surety.

That the scorecard was ticking. That someone was going about doing his job, even if it had been quietly so.

That, in essence, has been Cheteshwar Pujara’s journey.

Unperturbed by the cacophony of sledging. Undisturbed by the theatrics indulged in by modern day players and unsullied by banter or mind-games.

In the staccato rhythm produced by obscure batting fragility, Pujara’s handy 50 runs measured no less vital than a hundred, considering the team buckled out for a paltry 187 in the first innings.

Then, it ought to be asked, does it matter than he consumed 173 deliveries?

Maybe, that will go a long way in deciding the fate of the contest at Johannesburg.

That in Pujara India have a batsman whose bat does the talking is a great respite from the ordinariness confronting Indian Cricket.

Save Virat Kohli, who’s emerged as the king of test double hundreds and Ashwin, the great bully of 21st century, there’s no third cricketer who emerges as a thorn in the opposition’s path. Would you call an in-and-out Shami or a hugely inexperienced Pandya as Test regulars? Even before the BCCI or Kohli can decide the fate of an underperforming Rohit in Tests, the fans have their verdicts ready.

Amidst these uncertain times that are running in parallel with T20s- spreading like a contagion- to have a level-headed bloke like Pujara is akin to having the only stability in unstable times.

Who knows how long he might last. One would expect him to go the long way.

But will be it easy?

There’s always the threat of Kohli’s mindless gambling calling time on a few careers. India, over the last half a decade have made a joke of Parthiv’s career, used and thrown Rahane at will and, haven’t quite done justice to the young careers of Karun Nair, Jayant Yadav.

Where their recent forms stand, guys like Dhawan, Vijay and, KL Rahul are in a bit of consternation to secure the spot.

Then, when the mind repositions itself to focus on no.3, it brings hefty relief to see Pujara- with his stoicism and characteristic wide-eyed focus, his bat comfortably away from the waywardly widish one around the off stump.

Of late, India have gained from placing their bet on Pujara, who registered 836 runs in 2016 and improved a great deal, scoring 1140 the following year. His success stemming from that familiar hunger one saw in Dravid to bat for long.

7 of his 14 Test hundreds have come in the last two years.

Doesn’t that make him a factor of promise, a symbol of continuity and an emblem of poise and restraint in times favouring grandeur and shenanigans?

Dravid said he would go a long way.

Fans wanted someone to fill in for those great shoes at one down.

Today, Pujara bats like Pujara. He has come into his own even as 60 per cent of his Test accumulation has come on home turf despite scoring overseas hundreds against Sri Lanka, South Africa, West Indies and New Zealand.

But even as he is a few runs away from notching up 5000 Test runs, there are miles to go. Pujara, if his mind is as astute as his receptivity in shying away from lashing into a ball wide outside off would consider away tours to England, Australia as his litmus test.

After all, there’s a thing or two that needs to be proven.

Following the abject failure of a dismal tour in 2014, Pujara would once again be squaring against Broad and Anderson on their home turf. Later this year, he can expect Starc, Cummins, Pattinson coming hard at him. But while conjecture wouldn’t offer anything sizeable, its suffice to say, Kohli would look for a dependable henchman.

Where records stand, Pujara doesn’t disappoint. He would want more of that characteristic patience and determination to reform those overseas figures. Test Cricket isn’t won on hopes. It needs performance. It seems, Pujara will live on. 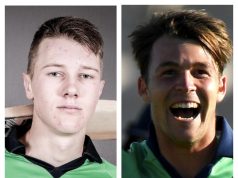 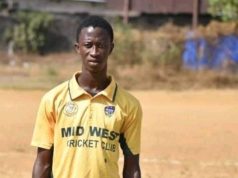 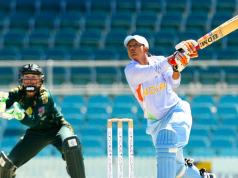 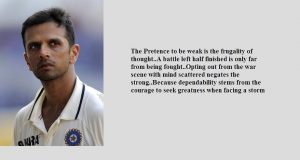 Sumanth Shetty - January 11, 2021
0
Not every cricketer is respected, some gather records, get rich, but are what many would call hollow. But Rahul Dravid blazed a trail most...