I don’t subscribe to the statements made my Mr. Dennis Freedman.

In fact, should I bother about a man who my country with a billion plus audience may subdue terming a ‘Gora’?

Perhaps, I’d rather use that time wisely to concoct a lame joke on say a Mitchell Marsh or Andre Russell’s hairdo.

But here is something I care about.

I realise this sitting from the four-walled corner of my house and it has AC that helps me being cool-headed that we are following a dangerous trend of engaging in armchair activism.

And that there’s this growing clout of people especially in urban India- by my calculation- who are suffering from an undiagnosed bipolar disorder.

Before this becomes an unstoppable zombie outbreak where we eat people’s brains for being independent minds, I recommend setting up a doctor’s visit.

This it has nothing to do with Mr. Dennis Freedman or his remarks about Gambhir, one of my favourite cricketers, who by the way I hold responsible, as will most of you, for making India lift that 2011 World Cup.

That innings, that calmness under pressure..

But anyhow. Back to the point. Here’s proof about us Indians being wickedly confused brats.

A few fortnights ago- when for some reason Cricketers took to ice to display their cricket and thankfully not ballerina skills- there was a video that became a ‘viral sensation’.

The image of Shahid Afridi fervently asking a fan to hold the Indian flag properly whilst a picture was being requested touched the “hearts of people” greatly.

Truth be told, we were so in love with a man- perhaps whose inexplicable image of posing with an AK-47 (if it is what it was) in his youth- made us often dub him some kind of a ‘threat’ back then.

After all, isn’t that what lurks silently in our minds about Pakistan? Threat.

All the time. Each day. Each second of our lives. So much so that in lines with the obvious bitterness about Pakistan we debarred them from entering IPL.

This was no smart move.

Lest it be forgotten, it could’ve helped our boys play Mohd. Amir, Yasir Shah, a great deal better. We’re bound to meet them next year in England, remember? Remember the fan-mocking in the aftermath of Champion’s Trophy’s loss?

Jokes aside, in our vehemence for attacking Dennis Freedman- who represents neither India or Pakistan- we got carried away by the usage of the term ‘vocal terrorist’.

Else, by that logic- sadly something still unavailable in Paan-Beedi shops in a digital India- we should have written a hand-written thank you note to Dennis Freedman, who a few days ago- changed his Twitter name to Dennis Jai Hind- believe it or not.

In fact, the same Dennis Freedman has written pieces in effusive praise for Virat Kohli that nearly broke the internet. If you didn’t read it- it’s not that the government will cancel your Aadhar card.

It’s just that, Dennis Freedman isn’t what we are making him out to be. He travels and writes about the sport. He criticises cricketers with lame efforts and lauds them loyally when he’s moved. Hell, he can crack up a room with his sarcasm and is 100% an authentic Aussie- a fun bloke, as are most of his pieces that aren’t as long as the one you’re reading.

But we lost it.

Just like the other day in Switzerland, we got carried away in praising a Pakistani cricketer who nearly became India’s adopted son.

Where’s the consistency India? Did Dravid’s retirement take that away from us?

If it was indeed for the flag-gesture- a hugely polite one by Afridi- then sorry, I have to say, we are surely smoking some rare weed.

This can’t be found in India.

So much for patriotism and national love?

Where are we recently when an imbecile within India’s defence establishment got honey-trapped into releasing sensitive information about the country?

Or did you not read that news at all?

Of all people, an Air Force personnel divulging sensitive information to Pakistan should have got us riled the same way an Aussie journalist invoked anger among us because he called Gautam Gambhir a vocal ‘terrorist’. Because it was against one of our own.

So did you not take to the streets with an Indian flag? Thankfully, the Aussie embassy in India is not emitting smoke yet.

Thanks for keeping your act together so far.

Who knows, next when Dennis Freedman writes say a nostalgia piece about Saeed Anwar, perhaps he should be careful about not writing, “The way Anwar clubbed Prasad and Srinath on his way to 194, he terrorised Indian attack”.

Because, who knows, the brigade of zesty passion that we are, we might take to Saeed Anwar’s house and think of stoning him?

In fact, where were we with our tweets, re-shares, posts and memes mocking those who had dropped Gambhir suddenly when the man who still seems so promising was found last wielding a cricket bat against New Zealand in a Test?

Here’s what as a country we are forgetting.

It’s not that Dennis Freedman criticised Gautam Gambhir that irks us.

It’s the usage of the term ‘vocal terrorist’ that’s shaken us up.

Gambhir, quite like Dennis Freedman- if you are aware- is a mind of his own.

What Gambhir said in relation to Pakistan wasn’t in lieu of needing public support.

He felt it. It’s his opinion. India doesn’t charge for it yet. And in all honesty, banning Pakistan from all possible contacts with India may not also be the wisest solution.

Because if that were to be, then we wouldn’t still be glowing in euphoria when as passionate admirers we hit Youtube to see Akram’s spells. Because if we did hate Pakistan to the core, we wouldn’t have cared to invite Rameez Raja in the IPL commentary box and shared a laugh with him.

Because, if we did hate Pakistan or thought of it has an idea of flexing intellectual muscle, we wouldn’t have warmed up to Afridi. We genuinely liked what he did.

And here’s free random wisdom of the day.

If you dissect the problem then Pakistan’s Cricket team isn’t the cause of furore between India. Neither is Pandya’s blue-coloured hair.

Politics and cricket don’t mix. It’s a heady cocktail drinking which we’ve already damaged our lungs. Let’s break free from the flawed idea that Pakistan Cricket Board and Indian Cricket Board are to stay heavily in odds against one another because on political and diplomatic front- there’s decay.

That would make both countries wholly dumb.

World Cricket experienced apartheid. But it also overcame it. Australia and New Zealand aren’t the best mates on a sporting turf. But remember they become one unit when representing and remembering the mighty Anzac day.

And surely, no one is asking us to play one with Pakistan. Hell, imagine what fireworks that would bring to our opponents.

All we need is to breakaway from the condescending attitude of bemoaning Pakistan every time. Emphatically, when the subject of Cricket isn’t responsible for dirtying the fabric between two countries.

And by the way, Dennis Freedman- who was bombarded with ills on Twitter has time and again made fun of Pakistan and dropped his humour bombs on the country, the same way he has on his own cricketing firmament. Has India cut a hefty cheque for him?

The times we are in warrant freedom of thought. Not shifting the stage for lynch-mobbing in real to the Internet.

Surely, Pakistan is not the greatest place on earth. But surely, neither is India where the real terror multiplies each time a 6-month to 60 year old woman is raped. 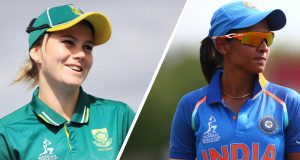 Dev Tyagi - February 12, 2018
0
Even as you are a top notch performer in the ODI or Test format, T20 is always a different game altogether. Cricket's version of...