We are at the WACA in Perth.

Australia, after having won a controversial second Test at Sydney against India, are delicately poised as they attempt to chase a mammoth target of 413 in the third Test. Captain Ricky Ponting is at the crease with the home team about 80 odd for two wickets. At the bowler’s end is 19-year-old Ishant Sharma: Tall, young and promising.

The match hangs in a balance.

What follows is possibly one of the greatest spells in Test cricket by a young fast bowler as Ishant Sharma has the great Ponting hopping around the crease like a cat on a hot tin roof. He is relentless with his in-swingers and doesn’t give the Australian an inch.

Finally, he gets the breakthrough as a sharp in-swinger holds its line and takes the edge of Ponting’s bat to be caught at slip. India exults in delight and goes on to register a famous Test victory. But the star of the Test is the young pace sensation, Ishant Sharma.

In the days to come, great laurels were sung for the young Sharma who went on to clock 153 km/h in the ODI series to follow where he ended up getting 14 wickets and was India’s leading wicket-taker. Having always been bereft of a genuine pace bowler, the Indian cricket fans were immediately taken in by this new star. He was tall, had genuine pace and movement and could trouble the best.

Ishant Sharma was expected to conquer the world then. But about 10 years later, he still has only 244 wickets in 83 Tests to show and he has been long discarded form of Indian limited overs set-up.

In the ten years since that Perth Test, Ishant has shown glimpses of his special talent on many occasions – the most recent instance being his terrific five-wicket haul against England at Birmingham. However, gems like these have been inconsistent and far apart. And that is why Ishant has never quite been the great bowler he could have been for world cricket despite having the tools for it.

Perhaps the pressure of the gargantuan expectations got to him. Perhaps the Indian team management should have handled his workload better. The reasons can be many.

There is no denying, though, that Ishant’s case is rather curious as he has never really been completely out of form, at least in the longer format. But he has not been a consistent threat either. He produces a few very good spells here and there but is never considered a real menace for the opposition. And while he is still the senior-most bowler in the current Indian Test bowling unit, others like Bhuvaneshwar Kumar, Mohammad Shami and Jasprit Bumrah are being seen as the more reliable wicket-taking options today.

After the high of his initial form, Ishant was sporadic in his performances but was still considered a great future option. An ankle injury in early 2012, however, halted Ishant’s progress. On his return, Ishant had lost a bit of zipping and struggled to maintain his lengths. Save for that 7-74 at Lord’s in 2014 and 5-54 at Colombo in 2015, the consistent match-winning performances that were expected of him especially after Zaheer Khan’s exit never really came.

So what does this suggest? Will Ishant Sharma forever be that inconsistent but promising bowler for India? Will we ever see him become the great lead bowler of Indian cricket that he was supposed to be? Moreover, could it be that a spiral in Ishant Sharma’s form has led to the indomitable rise of Shami and Kumar?

At a time where Ishant Sharma was in a certain position to assert his presence as the team’s go-to man, has he subsided, bowling around Shami and Kumar?

At 29 years of age, Ishant Sharma still has a good five years of cricket left in him. What has been notable of late that the lanky pacer has been putting in the extra effort behind his preparations? Not many would know, for instance, that in April and May this year Ishant played four First Class and six List-A matches for Sussex before coming to India to feature in the Test against Afghanistan.

Not getting picked in the IPL for two years running has proven to be quite a blessing for the fast bowler as he is now solely devoting his time to hone himself and build his endurance for the rigours of Test cricket. These are very good signs and prove that Ishant is on the right track. 2018 has been good for him: 18 wickets in 4 Tests at a fantastic average of 16.22 – and he would need to maintain that form in England and Australia.

Ishant has never relied on swing. His staple deliveries have been the short-of-good-length ones that can be lethal if he can extract some bounce and movement. His failing, however, has been an inconsistency to maintain a channel and a tendency to spray the ball after a few good ones. But as he showed in the recent Birmingham Test, Ishant still has the ability to be relentless. He can still be lethal. It remains to be seen now if he can pick on this performance and become more consistent.

One must also realize that unlike the likes of Irfan Pathan, RP Singh and Praveen Kumar, Ishant hasn’t faded into oblivion after a fantastic start. He has kept at it. He may not have scaled great heights. But he has survived and is still adapting and striving hard. That is something worth applauding.

So perhaps we need to realize that the Ishant Sharma story may not just be one of the missed opportunities but that of a survivor as well. And if he can continue to survive and adapt while bringing in some notable performances with it, Indian cricket would have been served well. 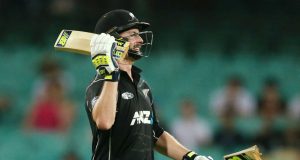 An Indian Test For Black-Caps’ Dark Horse Colin Munro. Can The...

Abhishek Srivastava - June 12, 2019
0
Slow and steady doesn't always win the race. Because if it did, then it would mean that Colin Munro is winning. But in a...