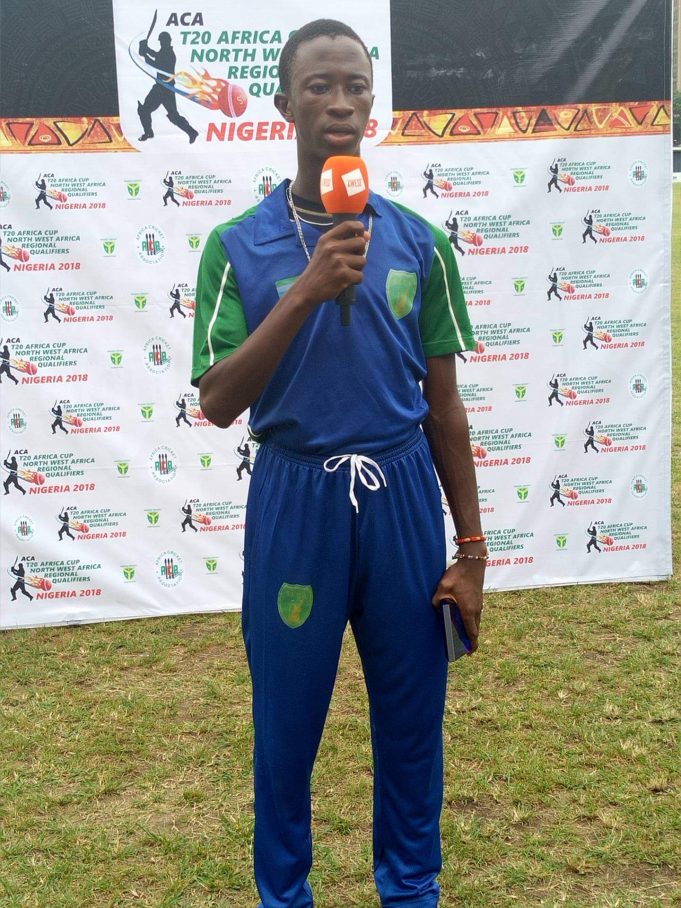 There’s always something inspiring, something special when a young man recollects the moments that made him what he is. When one reminices the times that made one tougher and bolder and ultimately, the person one turned out to be.

But usually, all of that happens when one’s become something, perhaps the best version of the self. That happens when a certain path has already been explored and the journey endured, ultimately enjoyed. In that respect, that the yet-to-turn 20 cricketing talent from Sierra Leone, George Eddie Ngegba is very passionately speaking out his heart at the fag end of 2021, when he’s just a young man has some meaning.

Should one also say that it has something telling?

A year back, in his native Sierra Leone, the promising all round cricketer was on stage to accept an award. The local media covered it. The print spoke about it. He was covered online. Heck, the revered ICC covered it too. George Eddie Ngegba had won the prestigious “Sportsman of the year award” in his country.

Yet, here he is, in 2021 and sadly finds himself in a bit of a dark zone. A place where he needs some light. He’s been stripped off the captaincy of the team by his cricket board.

It’s the same lad that was to have led Sierre Leone in the coveted Under-19 world cup qualifiers. A captain is no ordinary responsibility, and 2021 was to have been a big year.

Though, it was in some sense. Puma offered love to a very talented and passionate athlete, sponsoring the spinner who can bat well enough to hold an end and the batsman who can surely spin for his current career.

But what happened that led to sadness on George’s part?

This was to have been a huge year for the boy whose eyes widen up with the mere name of Cricket, isn’t it? Had he been the captain, he’d therefore, have effectively been a part of the squad for the world cup qualifiers that were due for November, Kigali, Rwanda (2021).

Apparently, by his self admission, the newly elected members of the cricket board had, as of a few months ago, made a decision to release George Eddie Ngegba of his captaincy. This, according to the noted Sierra Leonean, was something he had never expected. His talent and form have been there as candid offerings to anyone wanting to know about his career.

Soon after the decision was taken, an upset and understandably displeased George took to social media to offer his disonsolation not long after which the board asked him to reflect on his behaviour and penalised him with a fine. All was not well.

That’s where things begun to get bad and here he is, astray from the side he was such an integral part of. He still hopes to be recalled soon and be heard, at least, and not be misunderstood.

Meanwhile, why’s he important? Why are we talking about George Eddie Ngebga?

There are some achievements George was excited to share with Caught At Point stating humbly that he’d like to persist to become the Sierra Leonean cricketer he’s always strived for. He feels there are feats that warrant his talent to be considered seriously.

We won’t say anything other than saying the numbers tell a story.

Though, a thing must also be said and it’s that anyone who’s wondered as to what’s going on in the cricket world of Associate and rising cricket nations, looking at the growing trajectory of someone like George Edward Ngegba may offer some clue.

“It was a great and exciting year with lots of highs and lows, positives and negatives that I need to embrace, cherish and try to learn from them and get more better than I was.I’m grateful that I’ve achieved a lot of success that serves as a motivation and inspiration to myself and a great number of youngsters and Cricketers in Sierra Leone and in the Africa Cricket region at large.

When asked about what his particular high for the year was before the low came to infuse sadness, the following is what George Eddie Ngegba had to say, “To start with, I successfully lead my team(Dr. Cyril Williams Cricket Team) as a Captain to win the maiden edition of the Sierra Leone Cricket Association, One Day Domestic (ODD) franchise league. At the end of the tournament three out of four individual awards were awarded to me. I won the Best Batsman award after scoring 170 runs in 5 innings with and average of 56.67 and a strike rate of 139.34 in 6 matches played.I (George Edward Ngegba) also emerged as the Best bowler in the tournament after taking 18 wickets in 6 innings with an economy rate of 4.18 and bowling average of 8.14.

Finally, I rounded it up by winning the Most Valuable Player (MVP) award in the tournament by scoring the highest number of points(57.27) in all facet of the game.”

That said, anyone interested in reading out the stats can find them here.

But were there any other highs that the tall teenager had to recollect?

“Apart from that I also made some immense contributions in all facet of the game which saw my club (Midwest Cricket Club) being Runners Up in the Sierra Leone Cricket Association ODD(50 overs) Premier League. At the end of the league season I emerged as the best bowler after taking 33 wickets in 12 innings with an economy rate of 3.58 and an average of 7.82 which is considered as one of the best bowling stats in our domestic league season. An all- round contribution with bat, scoring 224 runs at an average of 44.80 and strike rate of 116.67 in 7 innings out of 14 matches played and taking 4 catches lead me to also win the Most Valuable Player (MVP) in the league by scoring 99.36 points for the season.

All of these successes and performances did propell sport loving fans and other people to nominate me as the only Cricketer for the National Entertainment Awards in Sierra Leone for the Best Sports Man of the Year category.
I’m looking forward to winning this year’s NEA award for the second time in a row. There is a lot more that lays ahead of me in my cricket journey which needs more serious work to be done with my techniques so I versely improve in my standards of playing and take my country far and wide in world cricket.

I will also made myself available to assist the Youngsters who sees me as a Mentor and a role model to them in their cricket journey by improving their skills, techniques and help build them mentally so that they can quickly get to my standard and overtake me as soon as they can. I would love to continue with my cricket career in advance cricket nations were I’ll be able to get more challenges, undergo intense high performance trainings and compete at the highest level with world Stars. Just want to be where I’ll always try to be better and better everyday with my performance.

When asked some parting words on what might the cricket board back home do to support rising talent in the country, the following is what George Eddie Ngegba had to say:

“As always, Sierra Leone is full of talented young people(boys & girls) with cricket acumen and if well nurtured, can hit the highest levels and break ceilings in the world of cricket. To the Board, I would like to thank them for the good job and to also plead with them to help us to organise a well structured and competitive league that would yield the proposed dividends. They are to also purchase high quality equipment and to also spot talents that they will send for high performance trainings, support them to play franchise leagues overseas and over and above all, secure a standard pitch for the betterment of us all.”

A note to all

The only thing that one must suggest is that Cricket is important to Sierra Leone. It’s a pivotal DNA of the sporting footprint in the country. It mustn’t be allowed to wallow in despair and truthfully speaking, without there being any bias toward anyone, cricket’s faces in the region mustn’t, therefore, be allowed to go off radar.

They should be listened to, with their issues addressed. And that’s not all. Should there be any alarming concerns on the behavioural front, one mustn’t ignore it, one must address the grievance on a priority basis.

But having said that, true progress can and will only occur if both- those who play the sport and those who govern in- are on the same page.

Find them. Ask them the tough questions. Do the checks and balances. But if there’s a space for dialogue, don’t let go of them. Plant them little roots and shoots for one day, they’ll become the trees that’ll offer shade to one and all.

Caught At Point extends best of luck to George Eddie Ngegba for his future and extends the kindest regards to the Sierra Leone cricket establishment. 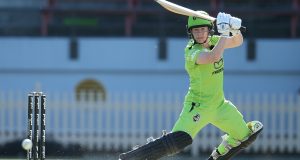