Cricketers shuffle between what often are exasperating choices. At any point in time during their careers, they have to choose between the following:

It’s whether to be a upfront quality player, or whether, to strive to attain longevity as a International cricketer. Sophie Eccelstone is a player who simply didn’t have to pick from any of the above for she simply combined both divergent aspects.

The end result, of course, is an ideal predatorial off-spinning prototype from England with world class qualities all spin bowling wannabes would like to emulate.

Bowl slow, don’t be afraid to toss it up, turn it when they least suspect it and subdue batters by containing them for runs in such a manner that they simply wane out trying making runs of you!

With the last three years of International experience, Sophie Ecclestone has quite simply changed the way England relies on-and uses- its white-bowlers.

If you decided to dig in, you’ll find that the Heather Knight-led side no longer relies merely on pacers to get breakthroughs.

After her debut in 2016, it took a long wait until 2019, for Sophie Eccelstone to cement her spot as the captain’s go-to spinner. The ultimate aim was to become the first choice bowler. But from there on in, slow left-arm orthodox spinner climbed up the ranks with ease.

Her significance to England’s bowling attack is not only about picking wickets; rather it’s actually about building pressure and restricting betters to make runs.

If the wicket to the batters is a treasure trove on which to hit runs, then for Sophie Ecclestone it is nothing but a containment zone within which to demoralise the opposition.

If cricket is about bowlers attempting to wage war against the batters, then Sophie Ecclestone is about economising such plans with ruthless efficiency.

She’s about economy of expression; hers being 3.7 in ODI’s, where she picked 76 wickets in 47 matches. Sophie Eccelstone efficiency shines through the middle-overs where she’s introduced into the attack.

Her craft is built on a seamless integration of line and length with curbing batters for the runs. There’s never an easy day since she bowls consistent line and lengths and thereby, choking the scoring rate.

The 22-year-old is at the peak of her form at present and is nowhere near her peak. Perhaps having begun rather early, aged seventeen in the sport, may have had something to do with her prowess.

She even usurps opponents with the slower ball, the one that invites any batter to go for the big shot, but usually ends up in the fielder’s hands.

This variation makes her even more threatening.

Batters have to be extremely cautious to not sweep unless there’s fathomable surety that there exists a chance. Particularly speaking, this was a dismissal that players like Smriti Mandhana and Mignon Du Preez found hard done by, being been trapped for LBW in the 2022 World Cup. Perhaps it may not be wrong to say that of lately, batters have even tried to see off Sophie Ecclestone in order to save a wicket, as also evident (as a tactic) during the contests England played against South Africa, particularly during in the playoffs.

Being a top ranked bowler across all formats is a phenomenal feat. This truly manifests her skill and her near perfect execution of it. After signing off the 2022 ODI World Cup stupendously by being the highest wicket-taker, Sophie Ecclestone will continue to hold the England’s bowling attack firmly and dominantly with the same confidence and proficiency with which she has shown so far. 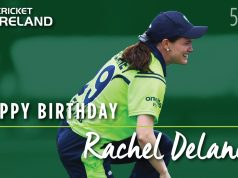 Rachel Delaney: The One Who’s Played A Lot Less For Ireland But Must Play A Lot More! 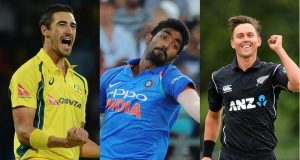 Abhinav Bose - December 26, 2019
0
2019 for fast bowlers was more than just a special year. Just like spinners- whether those with the cunning and guile of leg-spinners and...