A lot has been written about the persistent fall of West Indies cricket these past few years. A lot.

Their rather remarkable decline and constant run-ins with the board have been dissected in such minute details and with such regularity that the Cricket became tedious to follow. It didn’t stop there. There were never-ending comparisons of their sorry state of affairs with the glory days of West Indies cricket from the 70s. Somewhere, every cricket fan, regardless of nationality, wanted this to end.

Every cricket fan wanted West Indies to punch, hopefully- above their weight; to fight, to win.

But they’ve got a problem, as fans would note; West Indies flatter to deceive more often than not. When they clinched the ICC Champions Trophy 2004 in England, people were quick to predict: a new dawn in West Indian cricket had arisen. Sadly, that did not happen. Then came the euphoria of World T20 wins. Their 2012 win in particular was so paramount an achievement that it befuddled even staunch critics into believing a revolution was on its way.

But, when has T20 triumphs led to steadying ODI, Test performances?

So even as West Indies have become a genuine force in T20s, they have been rather dismal in the other two formats of the game. How else does one explain embarrassing loss to Afghanistan earlier this year?

The last Test and ODI series West Indies won were both in 2014 against Bangladesh at home. Since then they have largely remained inconsistent with focus primarily being on T20 cricket. But is there is a sliver of hope finally?

Wait, this isn’t a cliché.

When absolutely no one expected them to, West Indies pulled off a brilliant victory in the second Test against England at Leeds in the recently concluded Test series between the two sides. While they lost the three-match series 2-1, West Indies showed a lot of character at different points in the series and maybe, just maybe, this time that character will not be obliterated soon.

Well unless, they lose either the power to hope or their newest dawn of Hope thinks otherwise. But it shouldn’t happen, should it? Here’s a perspective.

Shai Hope, who had an average of 19.57 prior to the Test series, amassed 375 runs from the three Tests with two hundreds and a fifty and became the highest-scorer of the series. He is a grafter, this Barbadian, and fits perfectly in the No. 3 and No. 4 position for the team in the longer format.

That said, Kraigg Brathwaitte, a solid, technically proficient bat who scored 283 runs in the series looked as if he had finally shrugged off that bad patch of form. Brathwaite’s superb 134 at Leeds might actually be a watershed moment in his career. Along with Hope, one reckons, he can form the batting nucleus of this young West Indian Test side.

But a side’s progress cannot be labeled substantial unless an entire unit puts an act together instead of say, a couple of individuals, right? Kieran Powell seemed, at best, an average bat for the most part but even that gritty 45 in the second innings at Lord’s, when the ball swung prodigiously, compelled fans to see how desperately a young side was willing to fight.

That said, in what’s been one of the saddest stories despite it beaming with hope has been a Kemar Roach’s return. 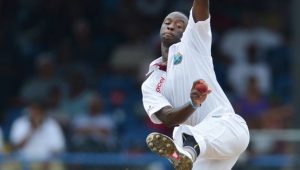 The burly fast bowler has lost quite a bit of pace, but was incisive and picked up 11 wickets from the three Tests. Shannon Gabriel assisted him well and going forward- two could form a lethal opening bowling pair if West Indies are to take their selves seriously.

That the West Indies have followed up the Test victory by brushing England aside in that one-off T20 does seduce the fan to hang on to the seat before abandoning it.

There is hope that the Test victory wasn’t an aberration and might actually kick-start the long-awaited rebuilding phase of West Indian cricket.

So while the ODI series have seen some exceptional batting performances, notably from Evin Lewis in that belter of a 176 in a sad, albeit rain-assisted win to England, West Indies would be able to see hints of a turnaround. Agreed their bowling in ODIs lacks the guile that you have seen from an India or South Africa or New Zealand, the latter not being the most obdurate forces with the likes of a Wagner and Southee going for big hits consistently.

But it’s not all over. The West Indies must take their English season- one marked with a head-turning Headingly triumph as a harbinger of hope, well emotionally and from their batsman’s perspective as well.

Look what Lewis has managed so far.

Their hard-hitting, aggressive opener has already struck two T20I tons. Not even a Dhawan, Smith or Maxwell have collected that. Lewis, apart from making batting look ridiculously easy can seriously rip any bowling attack apart.

That said let’s examine some problems that have persisted.

West Indies can often look carefree. Big hitting cannot underline a positive attitude. Not always, is it? Time and time again, does one see how West Indies show a lack of interest and application in the field.

Fans would note their run-ins with undisciplined and at best, tawdry bowling. Gabriel’s no-balls against Pakistan earlier? Captain Holder beginning the fourth ODI by dishing down two huge wides to Jason Roy?

Is anyone guiding Alzarri Joseph on not to pitch it so damn short that the minutest twitch of muscle can actually assist the batsman to send the ball to a spectator?

Being paid excessively in T20 leagues is fine, but can that signal redemption of their cricket?

Either West Indies have to be content with that odd Test and ODI victory here and there, or they have got to start taking themselves more seriously to begin actually take their rebuilding phase to its logical conclusion. One, that warrants more consistency and stoicism instead of freely flowing ebullience akin to what we gush at seeing it from either a Gayle’s bat or from Pollard’s nasty aggressive stroke-play.

But can other young players take some inspiration and gather together? That is something that only the West Indies can answer. But as admirers of the Caribbean flair- something that Boycott, Gavaskar and Harsha quote on different occasions- who wouldn’t want the sun to shine on the West Indies? 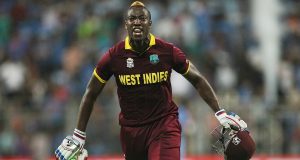 Andre Russell: Can The T20 Specialist Deliver On ODI Promise?

Dev Tyagi - April 29, 2018
0
If you were to randomly type in the phrase- India vs West Indies T20, Google would promptly guide you to the semi-finals of the...