In a game where we’re constantly being fed with anecdotal details of bowlers’ stock delivery, Murali was a bloke who had a stock of striking with every delivery.

Prevailing in the realm of the knuckle ball, arm ball and the ‘Doosra’- how relieved, it ought to be asked, do batsmen feel in having to no longer negotiate with the man whose mere arrival at the popping crease triggered exhaustion of a kind that knew no bounds; and in front of which even contesting endlessly for a year would’ve appeared like child’s play?

In only a bare instant or two you disengage from any sense of the irony in the fact that one of cricket’s tiniest cricketers hails from one of the game’s tiniest countries. Sri Lanka is an isle of pearl-live values that connote and engender tranquility. But there was hardly never a tranquil moment when batsmen squared against Murali.

A game that produced nerve-wrecking spells at the back of Abdul Qadir and Prasanna’s genius, peaked with the flair of Warne and earned humility with the deeds of Kumble- startled batsmen like no other cricketing force did- with the ball resting in Murali’s hands.

You couldn’t hit Murali; for you could barely play him. He allowed you to scoff at him even as you batted often alone with a fidgety technique, resting on the catharsis of appalling names concocted for a guy you didn’t quite know how to dominate. Murali didn’t merely bowl at batsmen; he probed then like a modern quiz master, questioning their cricketing intellect with multiple confrontational challenges that exacted from batsmen their last stance on patience.

Unluckily though, there were no lifelines for batters when confronted with the Murali question. He wasn’t too accommodating a player even as a gentle smile preceded often a delivery and the wicket earned thereafter. He dealt with his opponents rather shrewdly, akin to a trader who’s keen to extract the returns at expense of the tiniest penny placed on the table.

Unless, they were a Lara or Sachin or perhaps a replica of both or a compelling shadow of the former, Murali held the edge over batsmen in dragging them into his Pandora’s box of endlessly promising puzzles. Once dismissed, batsmen had all the time in the world to put the pieces together, but from the comfort of the green-room. On pitch, they were products of frazzled thinking.

In an often controversial, repeatedly enigmatic and adequately one-dimensional career that spanned nearly two-and-a-half decades, Murali bowled nearly 63,000 deliveries. And found 1300 successes of batsmen, who were dragged on their feet having to deal with the frustration of failing to put bat to ball.

Cricket tried to deceive itself when it offered a daft logic in its critical appraisal of Murali as a chucker. For it knew in its midst was a talisman who could blaze a trail few others could follow; and even fewer could match on pure skill. Forget the 500th Test wicket, earned at bewildering Gambhir. Leave aside his 8-70 at Trent Bridge. Try to ignore 9 for 51 in 2002.

The man responsible for the most horrific eye-gaze, mirroring the befuddlement his bowls fetched batsmen was a ticking time bomb. Too explosive to be tampered with. Fraught with too much rabidity to destruct in being cast aside. 498 of his 800 Test wickets were scalped from the onset of 2000, heading into his swansong year in 2010, in which time he tumbled records, broke biases and, confronted critics- ever so silently- having being branded a ‘chucker’ for a larger part of his career till the start of the new millennium.

No other bowler before him and none since has garnered as much appreciation as blithe for threatening to change cricket’s rather straightforward narrative.

Perhaps he was derided for possessing talent that cricket considered too ‘illicit’ to be ever allowed to dictate a general unsaid rule of sorts; that batsmen are embedded to succeed through swinging boundaries and mighty heaves while not bowlers, who can turn around a corner through trickeries and deceptions that can uproot stumps and cause stain on the pads, breaching past defences.

In some ways there’s a lesson in self preservation in the appreciation of Muralitharan- arguably, Cricket’s greatest and most polarised magician.

In what was to have been a golden swansong- as valuable to the man as the site of his nation’s 1996 triumph (one he watched from sidelines, coming often into the ground with refreshments), Murali took it upon himself the blame of his country’s 2011 World Cup loss in the finals.

Lara didn’t when the West Indies lost pitiably in 2007 at home. Sachin, who appeared in 6 separate World Cup campaigns, never did once.

And De Villiers had somber shoulders to lean on when confessing he was ‘gutted’ and certainly so at the wake of South Africa’s heart-crushing loss to New Zealand- he instantly shot to being cricket’s sentimental favourite back in 2015.

Perhaps how badly cricket dreaded Murali’s departure- the same man who agreed to work as a bowling consultant for the very team that cornered him- could be measured by the number of nicknames the sport has anointed in his honour if you happen to search beyond tags like ‘thrower’, ‘chucker’ et cetera. 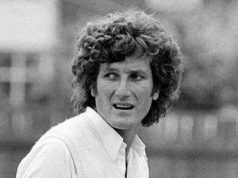 RIP Bob Willis- A Man Who Persisted, Piqued Curiosity, And Remained- Fearlessly Himself 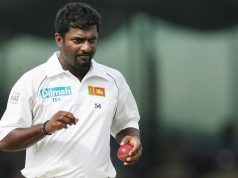 The Genesis Of Muttiah Muralitharan 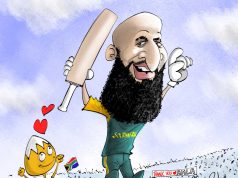 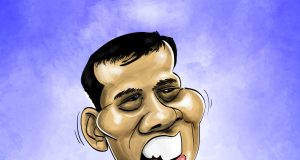