There is just something about the underdog, isn’t it? You want to support him. You want him to succeed. And when they do, you can’t help but feel good. And yet, a bit of charisma as well when you understand that merely by changing literation of a couple of alphabets, the underdog can read ‘undergod’.

But let’s stick with mortality. Here’s the truth about Sunrisers Hyderabad that can’t be ignored

Sunrisers Hyderabad have been the IPL underdogs for some time now. Even with David Warner in the side, they were never a star-studded team. They never got any frenzied crowd support like Chennai, Mumbai or Bangalore. They are and have always been bereft of the glamour and larger than life aura that some of the other more fancied teams in the IPL carry with them. And yet, somehow they manage to do well almost every time and win the fans’ earnest support eventually.

IPL 2018 could not have begun on a more horrid note for the Sunrisers, however. They lost Warner right before the tournament due to his one-year ban for his involvement in the ball tampering scandal. The Australian had been Hyderabad’s glue, their Captain Marvel, these past few years. And without him holding the team together, the Sunrisers suddenly looked set to crumble.

Giving Kane Williamson the reins of the team in Warner’s absence was a logical move by the franchise; the New Zealand captain was clearly the next best alternative. Despite his appointment as the captain, though, the Sunrisers did not look like the team to beat. Sure, they had talent in the squad. But it seemed certain that Hyderabad would struggle to make an impression in IPL 2018 without David Warner. And by the time the tournament began, the focus had already shifted to the returning Chennai Super Kings and the other fancied franchises.

But as things stand today, Sunrisers Hyderabad is at the top of the IPL league table at the halfway mark of the season.

Funny thing is they are still not being considered favourites. There is still hardly any focus on them. They still do not get as much crowd support as the others. But Sunrisers are hardly bothered. Under the astute tutelage of Kane Williamson, they are getting the job done. And that’s what matters the most.

Interestingly, the Sunrisers don’t look like an ideal T20 side. They don’t have any marauding power-hitters in their ranks and nor do they have any tearaway express bowler to dismantle the opposition. They are succeeding through some smart cricket and the sheer will and unity of their players. And whether or not Hyderabad goes on to clinch the title, their performance this season has been exemplary and has set a new template for T20 sides in the coming days.

So what exactly has worked for the Sunrisers this season? Let us delve a little deeper.

Kane all the way

To say Kane Williamson has been an inspiration this year would be an understatement. He has led the Sunrisers from the front, batted beautifully and ensured that the ghost of Warner has not troubled an underdog team. He has marshalled his resources prudently – ringing in bowling changes and setting proper fields with all the experience he has had as an international captain. Williamson’s calm presence on the field has been a terrific influence on the Sunrisers. While Warner would be vocal and wild, almost omnipresent, on field, Williamson’s ubiquity is defined by silence.

He remained composed when the team’s best bowler, Rashid Khan, was spanked all around by a belligerent Chris Gayle. And he held his nerves even when Rajasthan Royals needed just 35 off 23 balls at Jaipur recently with six wickets in hand. This eventually inspired his team to an 11-run win. It is this ability of his that has worked incredibly in favour of Hyderabad and has allowed them to defend some truly un-defendable targets.

At present he is one of the season’s leading run-scorers with 322 runs in 8 matches with four fifties. He has been the batting mainstay for Hyderabad and is the anchor in a rather fragile batting unit at the top. With textbook and classical batsmanship, Williamson has dominated bowlers and set the platform for his team. Once he has got a look in, has even shown the ability to take the game away from the opposition as he almost did against Chennai Super Kings last month with his coruscating 51-ball 84 effort in a tough run chase.

Going further, Williamson would have an even bigger role to play and it would be interesting to see if he manages to cope with the pressure.

A formidable bowling unit that doesn’t scream for attention

The most defining feature of Sunrisers Hyderabad has been their bowling. They might not have a squad teeming with bowlers who can change the match on their own, but their bowlers are hunting in pairs.

They are throttling the opposition over by over, tactically.

Rashid Khan, Shakib Al Hasan, Siddarth Kaul, Sandeep Sharma, Bhuvneshwar Kumar, Billy Stanlake and Basil Thampi have all, at various stages, contributed towards their team’s victories. What has been laudable is that even without their pace spearhead Bhuvaneshwar Kumar, who has missed the last few games due to a niggling back injury, the other bowlers have put their hands up and performed admirably.

Sandeep Sharma has yet again shown what a brilliant young talent he is by already snaring 6 wickets in 4 games. Wonder where he disappears rest of the year? In the absence of Kumar, he has bowled at the start beautifully, troubling batsmen with his swing and seam; has gone at a respectable economy rate of 7.46.

Rashid Khan, Afghan’s sensation, has again been a revelation, save for last couple of games. His bag of variations keeps batsmen guessing and makes it very difficult to score off him. Williamson has used him well – in short bursts to ensure that the opposition is always under pressure knowing that the threat of Rashid looms large. The move has worked remarkably well and Rashid’s performance during death overs has often made the difference. We can’t ignore his conduct. Despite the pounding he took against Gayle, the leg-spinner has a stunning economy rate of 6.8 in the current season and will remain an ace in Hyderabad’s pack through the remainder of the competition.

Shakib Al Hasan has performed the way he always has – being wily and fearless. He has bowled stump to stump, assessed the batsmen smartly and continuously given the captain some really tight overs in the middle.

Siddarth Kaul has been doing an incredible job as well and with 11 wickets is one of the season’s leading wicket-takers. He has varied his pace beautifully and has bowled his heart out in every match. Those widish yorkers, slower ones and bouncers have been effective and with every game, the young seamer appears to be improving. Kaul has an economy rate of 7.9 and his overs in the middle and during death have had a huge impact for the team.

If there’s an award for an unsung hero- it’s his for the taking.

But if there’s a death over specialist, it’s Basil Thampi, who despite bowling just 6 overs, has proven an ability to bowl accurate and fast, having scalped 5 wickets already at an economy of 7.

Once Bhuvneshwar Kumar returns, Hyderabad’s bowling would become all the more menacing, even without the services of Billy Stanlake who has been ruled out of the season due to injury.

Only if their batting would match up to their bowling, the Sunrisers would become unbeatable.

Ironing out the flaws in batting

Despite Williamson’s heroics, the Sunrisers have been largely disappointing as a batting unit. Shikhar Dhawan has failed to offer support at the top despite getting breezy starts. Manish Pandey is the quintessential question mark. Shakib Al Hasan has failed to find his touch with the bat and Wriddhiman Saha and Deepak Hooda are SRH’s school-grade cricketers. Yusuf Pathan, save for that one smashing knock against Chennai, has seemed erratic as well and unable to finish games for Hyderabad.

There has been way too much burden on Williamson alone and if the Sunrisers hope to have a real chance of lifting the trophy, their batting unit would really need to pull their socks up. Trying out few alternatives, perhaps, would not be a bad option. Alex Hales did well in the solitary game he played and giving the hard hitting English opener a longer run might just be the stimulus their batting needs. Why hasn’t Brathwaite been made to play in a single game highlights 2018’s greatest mystery.

The road ahead will be interesting for Sunrisers Hyderabad.

They have got six games left and are at a comfortable position at the points table with 12 points in their kitty. While the other teams have been soaking the limelight, Hyderabad has very quietly sneaked up to the top, despite the visible flaws in their batting. Going ahead, Williamson’s first priority would be to secure a Playoff-berth. It would be a mini disco before the final waltz. The focus would be on ironing out the flaws in the batting. If they manage to do so, Hyderabad might well be an unstoppable force.

This team of underdogs has certainly punched above their weight and has surprised many in the competition so far while gaining steady fan support. Should this form continue with improvements, Sunrisers may just write a new destiny for IPL in 2018. 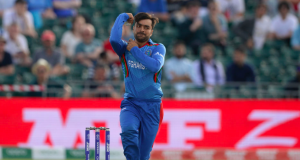 Dev Tyagi - September 20, 2020
0
On the eastern belt of Afghanistan- one of the most noted Central South Asian countries- lays the province of Nangarhar. Situated little over three...