Did cricket ever foresee having a rule dictated by a softball player? We are, of course, in times where cricket’s narrative is constantly changing. Maros Kolpak may have never known the difference his name would bring to the gentleman’s sport. Today, you may not be aware of what it is but chances are- you have heard of Kolpak system and South Africa in the same sentence.

This is the truth which fuels the basis of selection for all the men and women cricket teams that are South Africa. And perhaps, it ought be said, the selection unfortunately in this ravishing country is not merited basis only talent but also skin colour.

This is transformation, as we call it. It is the true picture of a complex South Africa. If you thought the complexion was only limited to the beautiful alignment of rainbow colours, think again.

Transformation ever since the end of apartheid demanded a representation of the racial make-up of the country in sport. The sport can’t be only represented by the minority. So the same holds true for cricket too. Politics- the evil driving sport, or so I conclude.

You’ve heard that it takes all kinds to make the world, haven’t you? Similarly, it takes all colours of the skin to sail the ship- or so it seems in cricket. But whether the ship drowns or sails, we will leave for posterity to answer.

But coming back, transformation demands 6 players of colour in every starting 11 including 2 black Africans. This leaves them with only 5 whites in the team.

While this has given rise to good black talent, the likes of Makhaya Ntini in the past and KG Rabada, Lungi Ngidi and Temba Bavuma in the contemporary fold, it has also made the country lose a lot of good white talent like Simon Harmer, Hardus Viljoen, David Weise. And most famously Kyle Abbott and Rilee Rossouw to becoming Kolpak players in the British county circuit.

So this brings us to what is Kolpak exactly?

Kolpak is a rule by which South African players can go and play anywhere in the European Union through a treaty called the Contonu Agreement with EU. This states when one does not have adequate opportunity to represent his own national setup in sport he can go and play overseas.

Maros Kolpak, a Slovak handball player, appealed to the European Court of Justice that he should not be considered a non-EU player in the German handball league as he was a resident of Germany and a citizen of a country that had an Association Agreement with the EU. Kolpak had lost his contract with his German club as they already had two non-EU players. The court ruled in his favour.

How does this impact SA cricket?

The 2015 world cup semi-final is the prime example of how this impacted SA cricket when the best bowler in the tournament, Kyle Abbott was suddenly asked to be benched for Vernon Philander to have adequate representation of the quota system in the 11. They lost and the decision till date is argued with what would have been if Abbott played. In that case, it wasn’t particularly difficult to identify the ‘whodunnit’?

To conclude, transformation is the necessary evil that is plaguing the Proteas set-up. But, that said, they are still determined to win. The No. 2 in Tests, are second to none when playing with full passion beckons. The recent thrashing of the mighty Australians has only fuelled their game.

Imagine where would they be if the 11 were only selected on merit. The world at their feet? Well that’s just hope. 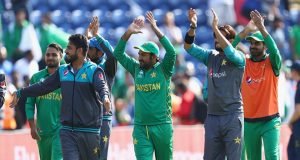 What Does Pakistan’s Drubbing Of Rivals, Critics Tell Us About Their...

Dev Tyagi - June 15, 2017
3
Not for nothing are Pakistan called the most unpredictable 50-over side. Before entering into the Champions Trophy, Pakistan were staring at the bottom; hanging...