Cricket has come a long way, from being a prototype of Pro-Colonial dominance into being a global sport followed by millions. It essentially upholds and symbolizes a social fabric and definitive trademark of a Nation and its inhabitants.

Take an example. The carefree exuberance of the Caribbean is so ingrained in the DNA of Windies Cricket that it successfully permeates the West Indian way of life.

It appears relaxed, but in your face.

In another vein, the social turmoil and economic upheaval in Pakistan may well surface as a deeply political matter. But, often it bears a resemblance to what transpires on the Cricket field too.

India reinforced its intent to dominate the sport the same way a demigod named Sachin Tendulkar did in the game all at the turn of the century the way the economy became overly liberalised.

Invariably, Cricket plays its earnest part in mirroring the national identity of a nation and the actions of the cricketers on the field sometimes shadow the national milieu.

A true Cricket fan would unequivocally identify the fact that Sri Lankan Cricket is juxtaposed in its rawest essence with enigma. This is an enigma, which at its peak has often turned savage and powerful to leave Cricket fans dumbfounded. The talks of Sri Lanka and penchant for mystery immediately bring into mind the image of Muttiah Muralitharan, a conjurer of paranormal activity albeit on a cricket pitch. The sight of Murali ambling to the bowling crease with frightening and protuberant eyes set against the backdrop of any oriental mysterious tune may still send a chill down the spine of anyone who batted against him.

Ajantha Mendis was seen as an emissary of the mysterious element prevalent in Sri Lankan Cricket, especially in the bowling department. His initial success against India signalled the beginning of a new age after Murali hung up his boots and decided to walk into the sunset. Lasith Malinga’s slingshot bowling action combined with his unbelievable accuracy and various kinds of Yorkers made him a novel proposition for batsmen.

In an era when teams liked solid and sedate starts in ODIs, Sanath Jayasuriya and Romesh Kaluwitharna blasted bowling attacks with aggressive stroke play thus laying down an unforeseen precedent for the other teams to follow. So, it won’t be an exaggeration to surmise that Sri Lanka has always managed to unearth prodigies with raw and baffling skills.

Akila Dananjaya still has a long way to tread before he can become a household name outside Sri Lanka and top the bowling charts. But, he stands uniquely in the realm of International spinners in the contemporary aspect with his tenacity to prize out the best with some unplayable deliveries. With the qualitative outlook of the Sri Lankan Team suffering a setback in recent years following the retirement of some legends, Sri Lanka is faced with an uphill task of going through rigours of a rough transitional phase.

There have been plenty of cricketers who have donned the national jersey without playing any First Class game. But, very few have been fast-tracked into the national team after a successful stint at the nets. Thus, when Mahela Jayawardene pitched in to hasten Dananjaya’s entry into the Sri Lankan team, there were obvious criticisms. Thus, he made his debut at the age of 18 against New Zealand at Pallekele in the ICC World T20 in 2012.

He has already proved that his plethora of variations are not only hard to judge but also hard to negotiate. He has already represented Sri Lanka in 24 ODI’S and has picked up 22 wickets. His recent success against South Africa may not emerge as a true testimony to his potential as the Proteas are traditionally weak against spin. Subsequently, the years of statistical ingenuity may as well lie ahead for him. Being an unconventional and wily spinner, he has good control over his googly, which he uses as his main wicket taking delivery.

With Rangana Herath inching towards retirement, it won’t be long before Akila Dananjaya starts spearheading the Lankan attack on dusty tracks. This will be a test of his character; of his obduracy.

So, a question is bound to be asked.

Will batsmen be successful in deciphering his variations or will we witness the rise of another element of mystery in Sri Lankan colours?

Either way, the arcane cult of the emerald isle would never be lost in oblivion thanks to talents like Akila Dananjaya. 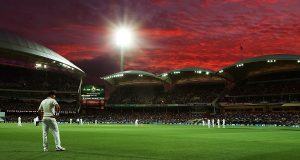 Does Test Cricket have a ‘Pink’ Future? Did India do right...

Abhinav Bose - May 18, 2018
1
Is Test Cricket in the ‘Pink’ of health? The aesthetic and sensual visualization of colour has long enchanted both men of literature and the...