Afghanistan cricket happens to be a story that’s as inspiring as it is reassuring. It tells us of a simple fact; that one mustn’t give up or stop believing even as situations around us are adverse to prosperity.

While the likes of Rashid Khan, Nabi, Mujeeb and others have given Afghanistan cricket a face, an identity, which batsmen hold the key for the sub-continental side?

Let’s look at the key batsmen who will determine the fate of Afghanistan cricket in both the present as well as the future.

The number three position is very vital for any team and Afghanistan has been lucky to have Rahmat Shah. A right-hander batsmen from the city of Paktika, 25-year-old Shah has been a vital cog in Afghanistan batting line up of late. In 2010 only aged 17 he was identified as having the best technique in the country by Taz Malik. He has an average of 49 and strike rate of 44 in first-class games which clearly shows Shah prefers to grind it out. He may not be your smashing hero but he is surely the one on whom you will bank in tough times. His scores of 98 and 76 in Afghanistan maiden test win against Ireland last month were crucial.

He is surely one of the key players on whom Afghanistan’s World Cup plan will revolve as he has 1822 runs in limited overs with an average of 35 which shows he is a very good batsman.

A young player thrust with the responsibility of number four at the age of only 24, Hashmatullah Shahidi have taken up the reasonability very well.

947 runs from 28 ODIs at 33 show his capability. However, Shahidi needs to work on his strike rate which is only 63.

That’s far from being impressive, right?

However, a batting line up that has for a majority of the times failed to play 50 overs and rallied heavily on bowlers, the arrival of Shahidi brings some respite from obscurity.

Along with Rahmat Shah, he has become a pivotal player in shaping Afghanistan cricket.

A hard-hitting batsman who generally plays at no.6 for Afghanistan; while his average may not justify his talent (54 matches -1260 runs at 28.8), Afghanistan will surely need his power to ensure they contest well against their naysayers.

Zadran’s strike rate of 88.19 clearly proves that his country would love to have him on the crease toward the death overs. Here, as seen in the past, he’s gone bonkers in plonking bowlers.

His first century, against Ireland, came at the back of near-perfect timing in booking his world cup seat.

That said, his critics point out to an inconsistency which Zadran would love to remove from his game.

This, to an extent, is a fair call as from his last 7 matches- Zadran’s scored around 40 or so only twice. 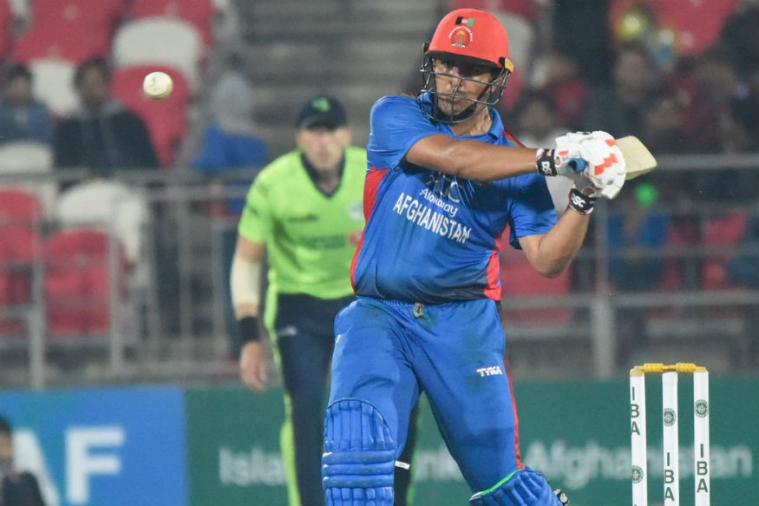 A young 20-year-old talented cricketer who represents the new era of limited over cricket. Unlike the other top five Afghanistan batsmen who have a strike rate in the 60s’, Zazai has a strike rate of over a run a ball. While he has played just 6 matches and scored only 155 runs at 25.83 but during these six matches, he has shown a glimpse of what he can bring to the game. A strike rate of 107 in limited overs and 121 in list A games clearly shows his method of dealing with bowlers. Even in First Class games, his strike rate is astonishing 93.12. However, he will have to adapt himself in English conditions because his partnership with Mohammad Shahzad will be key to how Afghanistan fare in their batting.

Before Rashid Khan came into limelight Mohammad Shahzad was the first cricketer to have become a role model for Afghanistan youth. He was the face of Afghanistan cricket for quite some time. While since his return from doping ban he has been quite low profile but his batting has the same energy and attacking instinct. His 124 against India in Asia Cup last September stamped his authority against a quality bowling attack. He is the second highest run-getter for Afghanistan in limited over games and is the only batsman from his country to have scored 1000 plus runs with a strike rate above 85 and an average of above 30. His form will be crucial for Afghanistan cricket in the World Cup.

Apart from these key players Afghanistan Captain Asghar Afghan and all-rounders Samiullah Shinwari, Mohammad Nabi and Rashid Khan will have to play a key role in order to ensure that Afghanistan batting line up is able to give sufficient score to its bowlers to defend.

Whatever is the result these cricketers will have to ensure that they play with the same fearless approach so that their brand of cricket helps them get more admirers from the British Isles this English summer.

Why Yusuf Pathan’s Been An Unfulfilled Career And What Is The Big Question It Raises?

Daring and Guile: Why The Enigmatic Career Of Stuart MacGill Warrants Greater Attention? 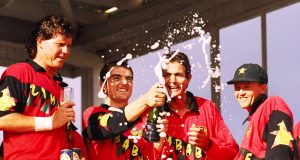 Zimbabwe – Where Politics And Cricket Are Intertwined And Where Hope...

Pranay Rangra - May 9, 2020
0
Perhaps it’s only fair to say that not an awful lot is reserved for Zimbabwe- given the share of its talents and the turbulence...