Slow and steady doesn’t always win the race. Because if it did, then it would mean that Colin Munro is winning. But in a team where, of late, it’s Williamson and Taylor who are scoring aggressively, where’s Colin Munro scoring the runs?

Thursday’s encounter between India and New Zealand will be nothing less than a mouth-watering contest between two teams who have been billed as favorites for the World Cup Trophy.

A confident India will be taking on a New Zealand side who have been ruthless on the ground just opposite of their persona outside. While where the numbers serve an example, New Zealand hold the upper hand over India.

But both Williamson and Kohli will be mindful that at the end of the day, Cricket is driven by skill, not by history.

It was only the last World Cup when New Zealand broke their perennial image of being dark horses. No longer were they satisfied only by performing at home. They showed and nearly succeeded in how one could tame Australia, in Australia.

Brendon McCullum taking the captaincy was one of the best things that happened to New Zealand.

He changed the culture of cricket in the country and made the players believe that even with limited resources they can be the best in the World. Perhaps, New Zealand made their first appearance in a world cup final only because of the changed mindset.

With a strong batting line up, that possesses some of the finest names and a bowling line up that can destroy any opposition, they have started their campaign on a very bright note. However, Kane Williamson wants to make no mistake as the bigger battles lie ahead.

The first of many of those will be taking on an opposition which is supremely confident and probably has the most balanced side in the tournament.

Above all, Kohli and his men have demolished two major opponents in the form of South Africa and Australia. Should they take an aim at New Zealand, which they will, one man, above and beyond Williamson, Guptill and Taylor will have to fire.

That man is Colin Munro, who seems a somewhere here and there kind of cricketer.

Has he, over half a decade into his role as an opener made a lasting impression with his batting exploits? Does Munro have a knock that nears Guptill’s 237 or McCullum’s defiant triple ton back in New Zealand?

Kohli’s men will be raring to take on Kiwis, whom they beat 4-1 in January on their own home soil.

Critical that someone in that quartet- Colin Munro, Martin Guptill, Kane Williamson, Ross Taylor fires a big one- right?

Perhaps that’s why New Zealand would love to see their destructive yet inconsistent opener Colin Munro to take extra responsibility to provide solid start at the top of the order. While there’s hardly a doubt that Colin Munro has the ability to take on any opposition on his given day, it’s just that we don’t know when’s that day coming, or if, it is in this World Cup?

Unfortunately, those days have been very few for him, especially against quality opposition like India. This is a team against whom his batting, built less on technical nuance and more on power-hitting might catch him playing less of a patience game.

His- see the gap-pierce the gap technique- has also exposed him to quality bowlers who have capitalized on his weakness.

If team management has persisted with him then it appears it’s only because of his capabilities to turn around the game when in full flow.

Munro’s ODI strike rate might be 105 but his overall record is something which is quite disappointing. An average of 26.04 after 54 matches at the top of the order does not justify his place in the team.

That there’s not a single century in there is also slightly troublesome, but only since he’s a top-order bat.

He has been quite inconsistent even in this world cup making scores of 24 and 22. Although, that unbeaten 58 early on might give him confidence.

Why India will turn the spotlight on him is simple. They’d probe him on how he tackles a quality attack that possesses fine variety in the seam, swing, off spin and leg spin departments.

It will be a litmus test of Munro and his temperament.

If he fires, it will be easier for others to carry on especially Taylor and Williamson who can play their natural game rather than caving in meekly. Colin Munro has to show he is not just a one-dimensional player but someone who can adapt according to the situation whenever his team demands so. Against India, it will be not only the test of his temperament but the test of his ability to grind out and being patient, he has to show he is not only a hitter who can lay a platform for his team but a player who can also build an innings.

Will Munro and New Zealand pass this India test?

We will come to know in the next few hours. 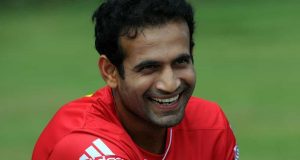