Remember the last time you were at a train station waiting, and you noticed the trash can. At that moment, for that brief period, you were bored, out of your mind. You just stare at things when you are bored. It’s a fact.

England are bored of bowling at Steve Smith and they’re just staring at him, watching him bat, for hours, days and the most of this Ashes series. Broad, Archer, Overton and Leach must have felt like they have spent a year in Manchester, the day Smith got to his double ton after being dismissed off a no-ball.

For everyone else in this world, even for the Barmy Army, watching Steve Smith bat is everything but boring. If you haven’t watched it yet, you’re on the wrong web-page and planet.

Smith’s batting technique looks more like a graffiti sketched on the back of a coaching manual. He takes his back leg right across his off stump and waits on his front foot, ready for anything that is coming.

When the bowler is just about to jump, Smith takes his back leg outside his off stump. This opens up his shoulders which makes him a front-on batsman, unlike the traditional side-on players.

With him being front-on means that he is watching the ball with both his eyes. This two-eyed vision enables Smith to eliminate blindspots. His blade though isn’t steady at all. It’s wafting in the face of the gully fielder like a palm tree on a stormy day in Dhaka.

The rotational swing of his bat is similar to that of Sir Don Bradman.

And with all of that going Smith gets the basics spot on. He watches the ball, keeps his head still and most importantly hits it where there are no fielders. He does all of that and a lot of other things that make him a run-scoring app.

Smith lives in a bubble and bats inside it. A bubble created over time wherein he controls everything. He trusts a few people and they form his close circle to which he fell back after the sandpaper-gate.

Former Australian captain, Ricky Pointing mentioned this word ‘bubble’ while speaking about Smith’s brief lapse in judgement when he got out off the no-ball. Ponting reckoned that Smith must have realised that he is getting out of his bubble and once he got the opportunity, he got back inside and stayed there.

It all started in Birmingham.

Interestingly, the only other thing that started in Birmingham and was this successful was Heavy metal music. Smith staged a concert of runs when Australia found themselves 122 for 8 at Tea, on the first day of Ashes. He matched his stoic 144 in the first innings with a fluent 142 in the second. Australia breached the fortress of Edgbaston after 18 years and went into Lord’s.

Gustav Freytag, the German novelist was the first one to identify the Five-Act Structure. William Shakespeare used the same structure where the opening act sets the premise, introduces the characters with a backstory to them. Birmingham, the first act did that successfully and introduced the conflict too. How to get Steve Smith out? This was England’s conflict.

The second act was Lord’s. Freytag calls this ‘Rising Action’ which involves a series of events that lead to the climax.

Jofa Archer unleashed hell on the third day of the match. Smith walked in with Australia 60 for 3 soon to be 71 for 4, still, 187 runs behind the home team under the murky skies of Lord’s. The sky was clearer the next day. Smith reached his fifty by dancing down the track and plonking Leach over cow corner. Earlier in the day, he had a buffet of drives for breakfast.

Archer returned for a spell after lunch and attacked Smith with bouncers. Jofra’s bouncers are like premodern combat weapons. Fighting knives and daggers. Polearms with axe-like blades. Polearms with spikes and hammers. Spears and Javelins. The first projectile that hit Smith found his shoulders. Smith did a little dance, did a Jim Carrey impression and continued.

He was hit again. This time, just below his helmet on the side. He wasn’t even wearing the additional protector which didn’t fly off dramatically. But Smith went down flat on his chest. This is the event that changed this Ashes. Smith was taken off the pitch. He did return though and scored 12 more runs before getting out to Chris Woakes, eight short of what could have been a hat-trick of tons in the series.

Australia had to bring in the concussion substitute, like-for-like, very likeable, Marus Labuschane who secured Australia a draw.

Smith was ruled out of the third test which is aptly called as ‘Climax’ in Freytag’s structure. Headingley witnessed the best game of the series. On the final day, Ben Stokes elevated himself and blunted the Australian attack in a miraculous run chase. Smith didn’t train for a while though he was very much involved in the training.

In the fourth act, Steve Smith found a way to beat Archer’s pace. The surface at Old Trafford didn’t have the same spring as Lord’s. He pulled Archer and then drove him like the invincible until he played outside his bubble, away from his body and edged to first slip. When Kumar Dharmasena signalled it to be a no-ball, a fuming Joet root gave his team a mouthful.

Steve Smith continued to bat. Later that day, he played that peculiar flick of his pads and scored his third double hundred against England. This was the innings that ensured Australia had retained the Ashes with a game in hand.

The fifth and the final act was the conclusion and England resolved the conflict finally by getting Steve Smith out cheaply. Not before he had amassed a zillion runs, 774 to be precise in seven innings. His ominous form has also allowed David Warner more time to come out of his slump.

This was always going to be England’s summer as it ended with a win to square the series. But this was Smith’ Ashes, worthy enough to write a calypso. 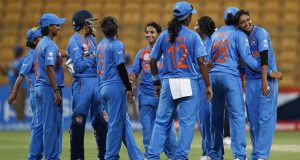