Exciting but raw, powerful and ambitious talents- who are some of the best Under-19 players from New Zealand?

One of those sides that entertain as much as it inspires, New Zealand pack the zeal and love to play fair and attacking cricket. It’s how they’ve played in the past, and it’s this passion and fearlessness with which they’ll be expected to step up in the ongoing World Cup where belligerent hitting with the bat has already formed a fine headline for the side.

But that said, we all want to know the best Under-19 players from New Zealand- right?

So while there’s plenty of batting and pace bowling talent, who are among the (really high-quality) or best Under-19 players from one of cricket’s highly exciting units?

A lot of hopes of New Zealand winning their title rest on this 18-year-old from Tauranga, who plays at no.3 and has been very impressive in a relatively short career. He had scored 296 runs in 7 games at an average of 49.33 which includes a hundred and two fifties.

A cerebral cricketer, among the most interesting qualities about one of the best Under-19 players from New Zealand, is that Lellman isn’t all brute power alone; he’s a thinking cricketer and one who treads cautiously applying focus in all he does.

His innings of 116* last year against Bangladesh showed the vast variety of shots he possesses.

Now, if New Zealand are to win the title Lellman will have to make a massive contribution during the tournament.

Clearly, among the best Under-19 players from New Zealand, Ashok has been a staple headline material, of late.

A very talented leg spinner who turns the ball miles and has been appreciated by his coaches at various levels, for his commitment towards the game. He is an asset, which if used properly can aid in New Zealand’s big cause.

The good thing is that he is in a very good form and has collected 8 wickets in the last 3 matches. Ashok’s height helps him to generate a lot of turn and bounce like established senior pro Ish Sodhi.

Tashkoff’s man-management skills will hopefully shine bright in the ongoing contest, as he’s among the best Under-19 players from New Zealand.

Often even remarked the best player in the squad and rightly the captain, Jesse Tashkoff’s form will determine how New Zealand fare in their World Cup Campaign in South Africa. A genuine allrounder Tashkoff bats at no.5 and bowls quality left-arm slow orthodox spells.

His record in itself shows that he is a special talent on which New Zealand must keep an eye on for the development as an international cricketer for the senior team. He might be helpful to carry the legacy left over by great Daniel Vettori in the future.

However, as of now, the main job for Tashkoff is to focus on the tournament which New Zealand has never won, the closest they came was in South Africa itself in 1998, when they ended up as runners up.

Rhys Mariu is an opener with a wide range of strokes and on either side of the wicket. In the opening game against Japan, he showed his potential, getting off to a flier. He will be another key player who can turn New Zeland’s fortune in big tournaments such as the “all-to-play-for” Under-19 World Cup.

He has scored 227 runs in 9 matches at 27.87 with a hundred. Mariu’s opening partnership with Ollie White is important to ensure that middle order does not falter akin to their predecessors in the previous edition at home.

Apart from his batting Mariu is a part-time medium pacer who can bowl as well to forge a key breakthrough.

New Zealand’s main pace bowler, David Hancock will have the responsibility of carrying the hopes of the pace attack. While Hancock has not played much but whatever games he has played, in his four-match career he has impressed everyone. He has taken 7 wickets in 3 matches and was very impressive against Zimbabwe and Bangladesh.

His wicket-taking ability will be something that the side will need especially against big opponents.

These are some of the key players who will battle it out in the Under-19 World Cup representing New Zealand and will try to go the long mile in making most of their natural talents. But there’s nothing more NZ would want other winning that cherished trophy, an aspect that has eluded her in the previous 12 attempts.

Whether the dream will come true or not, will be known by the rest of the world on February 9th at JB Marks Oval, Potchefstroom when the new youth champion will be crowned. 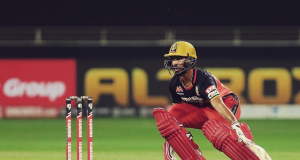 Devdutt Padikkal- A Piece of History In The Making?

Balaji - October 12, 2020
0
Let me begin with a small confession. I would like to start with a touchwood and wish and pray for all the success for...