In a world heavily influenced by social media, trending hashtags, viral news bulletins and fervid videos almost never go unnoticed. In the cricketing microcosm “Lynnsanity” is a term of such gargantuan acclaim. For the ardent followers, it is unlikely to have not come across the hashtag or a video of Chris Lynn randomly bludgeoning the ball out of the park. Brute strength, clinical ball striking, lightning-fast bat speed – Lynn has it all. But why hasn’t he really found his foot, as an international cricketer is quite the burning question?

Christopher Austin Lynn started off his career in the big leagues of professional cricket in a way, which is deemed uncharacteristic of a T20 mercenary. Unlike a David Warner who blasted on to the international arena as a T20 specialist without even having played a First-Class game, Lynn was quite the offbeat.

Chris Lynn debuted for his home state of Queensland at the age of 19 in a Sheffield Shield clash against South Australia at his home ground The Gabba. Things didn’t start off smooth in his first outing as he got for a gritty 12 off 27 balls. But cometh the second innings the callous batsman gave the world the first sight of his hard-bitten approach as he blasted his way to 99 off just 102 balls before getting out to Gary Putland. The knock featured 18 fours on a wearing Day 4 pitch alongside earning his team a successful run chase, winning with 5 wickets to spare.

The next game against Victoria at Melbourne saw Lynn score another 77 not out in the second innings with the match ending in a draw. A week later against Western Australia, Lynn saved Queensland from the jaws of defeat scathing an unbeaten 142 while following on. He made his Big Bash League debut for his home side Brisbane Heat in the inaugural edition in 2011-12 but didn’t seem too hopeful of a T20 specialist having managed a meagre 109 runs at 21.80 in the entire tournament.

Much like any contemporary Australian cricketer, Chris Lynn was, is a gun of a fielder as well. That alongside his power-hitting had already earned him a T20 international call up for Australia in 2014 against England, before his eventual breakthrough season of Big Bash, which would come a year later. Nonetheless, he clubbed a quickfire 33 off just 19 balls but injury, his constant companion held him back from further continuing his international career at least for the time being.

Things didn’t look like coming into sorts for the bashing batter from then on up until 2015. On 9 February 2015, he reached the pinnacle of his First-Class career scoring an unbeaten 250 against Victoria. Things would then go for good to better as later in the year he would go on to score his first T20 century in the 2015-16 edition of the BBL. Playing for Brisbane Heat he literally destroyed the Hobart Hurricanes with a powering 101 off 51. He ended the season as the competition’s leading run-scorer, scoring three half-centuries on top of his century, ending the tournament with 378 runs at an average of 54.00. To no one’s surprise- he rightfully bagged the player of the tournament award as well.

With an arrival as grand as that, no one even in their wildest apparitions had foreseen any failure from the Brisbane annihilator and boy did he not let them down. Lynn’s fiery form got even more aflame as pouring kerosene on fire. He ended the 2016-17 edition as the player of the tournament for the second consecutive season despite playing just five matches. He scored an unbeaten 85 against Sydney Thunder; an unbeaten 84 against Hobart Hurricanes two days later and 98 not out against the Perth Scorchers in an innings, which contained 11 mammoth sixes. That stood his season tally at 309 runs at a jaw-dropping average of 154.50.

It was the following season that saw Chris Lynn’s rollicking ride of form get jolted as he succumbed to an injury that would dog him for the rest of his career. The injury restricted him to playing just the five matches and scoring 148 runs at 37. Lynn was fit enough to play the entire season of the 2018-19 Big Bash League, ending the season as the Heat’s leading run-scorer with 385 runs at an average of 35.00.

Lynn played a further 17 T20Is for Australia since his debut. But his returns have been contrasting to the extreme, given his trailblazing reputation of a legend in the domestic circuit. From 18 games, he could only gather 291 runs at 19.4. The highest score would be very unlike of his BBL reputation in 44. The pernicious batsman also featured in 4 ODIs for Australia. But he couldn’t make ends meet in the longer format either averaging just 18.

What went wrong for Chris Lynn in the international circuit, despite having all the ammunitions in his armoury is anyone’s guess. It could be the nerves associated with an international fixture. But that would certainly be the easiest to rule out given’s Lynn’s experience of playing in almost all conditions as a domestic nomad as well as his forthcoming attitude. It could be the contrast in the quality of bowlers faced in the domestics as opposed to those faced in internationals. However, that too would be an easy to refute proposition because the bowlers in the Big Bash League are mostly top guns constantly knocking on the national selector’s doors.

The likes of Shaun Abbott, Billy Stanlake, Michael Neser, James Pattinson, Chris Tremain, Kane Richardson, Jhye Richardson are all good enough of making the national side if it wasn’t for the trio of Cummins-Starc-Hazelwood. Because let’s face it, they are just too good. Besides even many national team retirees have also played the BBL when Lynn made his breakthrough. You definitely cannot question the quality of bowling in a league with blokes like Shaun Tait, Brett Lee, Peter Siddle, Ben Hilfenhaus and so on.

From a technical point of view, Lynn’s woes can be dissected in the most comprehensive way. While its no secret that Lynn loves to clear the fence or see the ball race to the boundaries like a tracer bullet, the importance of shifting gears and rotating the strike knows no bounds even in a format as rash as T20. And that is one facet where Lynn’s ineptitude has perpetuated his downfall. It is evident that whenever the going gets tough for him, Lynn fails to act wise and nudge the ball for a single to get off strike. Instead, more often than not he’d try to slog a ball amidst the rising pressure and throw away his wicket. Whether he does it out of Adrenaline rush or if he’s actually incapable of working on singles and rotating the strike is for Lynn to answer.

However, before coming down hard on Chris Lynn’s ineptness centring on his technique and jumping into a conclusion, we ought to cut him slack for all the injuries he’s had to cope with since an early age. A chronic shoulder injury has been dogging him since forever and has been a huge letdown for him. It has taken quite a big toll on his fielding and might have done the same on his batting as well. It has often been the case where he would get injured just at the start of the season and misses a huge chunk of it thereby missing out on the nod of the selectors.

Even the handful of international games he played, he had to nurse his shoulder injury for the majority of them. Had his body been a tad bit kinder on him, who knows what could have been.

Shedding light into the future of Lynn’s international career, the road to a comeback has certainly copped a narrowing as per the ‘vision’ presented by my ‘eyes’. With a shoulder as dodgy as that of a clothing store mannequin, there’s almost never a risk-free prospect of picking him for the longer formats. Having understood that, he has wittingly given up on his chances of playing test cricket for Australia and has set sights on ODIs and T20Is instead. But I think his ship to the ODI side has already sailed as well given the revelation of Marnus Labuschagne as a fixed member of the one-day side. That leaves Lynn with an option of T20 or nothing. His best bet would be to take the number 3 spot after Aaron Finch and David Warner. But that too would require him to set the world on fire in the upcoming IPL as his Big Bash journey hasn’t been quite up to the mark this season either.

Chris Lynn is confident that with the advent of T20s and its exponential growth, he will be the new normal: keener to hit a six than block a ball. But whether such an approach will see him return to Australian colours remains a big question. If it doesn’t we should be happy to be enjoying him making money as a fly-in-fly-out international domestic player albeit with a sad heart. 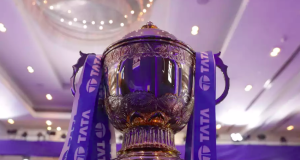 IPL 2022: List of Updated Rules and Revised Playing Conditions for...