What happens in your neighbours house is his business, not yours. Ever heard of this before? You may or may not have. Because, at least, in our democratic country, it is not yet a compulsory rule or a written dictum for us Indians to follow.

Actually, you are free to interfere and poke your nose. However, any interference in someone else’s business, although not a polite act in the first case, could lead you to face some unwanted difficulties.

For instance and dramatics be damned, you may have seen how even at the back of trying to end an on-road conflict, you end up hearing a thing or two. It often happens that what you hear are some rather unpleasant words during, say for instance, an episode like a car ramming into another with you trying to ease the chaos much like a concerned citizen, a well-meaning one.

Plus who’s got the time to poke nose into another’s affair? In an age where one already has a paucity of time and often, too many things to do, who would want to invite unwanted trouble by dragging himself into someone’s personal issue- right?

Given we are anyways becoming increasingly ruled by digital calendars, schedules, smart gadgets, in many cases even watches that measure, in the tiniest of modicums the time available, helping us prioritise better, there’s hardly any leisure time available.

So where’s the time to read up in details about even sad occurrences such as the subject of Shikhar Dhawan and Ayesha Mukherjee’s recent divorce- right?

We have something more than just our precious time to engage in a piece of news that, as suggested at the start, is pretty much a matter of the neighbour, read another person in this case.

As a matter of fact, we have all the time in our life to offer thoughts, suggestions, emote feelings and actually create ‘memes’, you read that right, about a topic that fundamentally doesn’t concern us and is actually a grave matter concerning the life of two individuals with whom we aren’t even friends, forget being related.

But first up, a few things. Rather, a fact.

You don’t need to be told or informed how serious and complicated a matter is the process of divorce, the emotional torment notwithstanding. It’s the end of a relationship where in some cases, embitterment often ensues.

To have a news report that, if not more, but at the most, conveys the latest development about one of India’s finest batsmen Shikhar Dhawan, is more than sufficient.

But where it qualifies, at least to the author of the piece, over-enthusiasm or needless involvement is to see countless articles being written to highlight:

What led to the cricketer’s divorce

Why did that happen

What are the personal view points of both parties that have decided to split, and already have.

What’s bizarre, at least to some, is the fact that prominent sports publications, are at this point in time, delving deep into the private affair of Shikhar Dhawan when, at least, at the moment, he could be spared some highlighting or limelight.

Agreed what happened was terrible and truly sad. There’s always a resistance to accept change, more so when complex human relationships are involved.

But then, shouldn’t one, especially trained journalists, whether covering sports, Cricket-exclusively or lifestyle subjects, exercise restraint at such times?

Or should they continue to mercilessly “create content,” even though that’s at the behest of another person’s tragedy or sad experience?

It also then, beyond a scope of doubt, brings into focus those readers, rather psyches that have, over the course of past few years or who knows how long, become habitual consumers of news.

Consuming information is never bad, provided there’s an end benefit to it, or some motive attached. And if the motive over here was to avail some benefit- if that’s the terminology- such as consume entertainment, then such an act is deplorable.

It should be condemned.

There’s a responsibility, at the end of the day, on the journalist to tell you what is really happening out there and what actually ‘matters.’

Yes, what happened to the great left-handed batsman Shikhar Dhawan was indeed sad but like a mature-head, you’d think, he and his wife took the right call. So why can’t such a piece of news, which actually doesn’t increase the price of fish nor lessens the rising fuel costs, not be conveyed in a paragraph at the most?

Why are we becoming habitual of consuming news pieces- if they can at all be call that in the first place- lengthy or gossipy bytes from the life of celebrities as if without their existence we cannot have our own?

Is that what we have come to?

Not suggesting at all that something sad that happened to our fine Indian batsman should be turned a complete blind eye to.

He’s much-loved and widely-followed so it’s only natural to assume that his die-hard fans would grieve for him.

But isn’t this news, in particular, too personal for us to be even paying that much attention to? And if so, can it repair a broken end?

Can your incessant following of Shikhar Dhawan divorce, perhaps by now a Google keyword, console him and often him a healing balm effect?

The lad’s already made the call in his life and if anything he’d just want your peace to be with him.

Now here’s a question to the writers of such news pieces with absolute honesty.

Are the cricket journalists in India, at whose behest Shikhar Dhawan and his wife’s divorce news got mileage, filled up vacant news columns in magazines, journals, e-papers, not got anything else to cover?

Could all of this not have been a 120-150 word long update. Did it merit articles, especially at the wake of someone’s personal life crisis?

Just where are we really headed to?

Ever heard the saying that sometimes, it’s better to leave people alone for they know what they are doing and going through? Or should everything become a consumable item for us to stuff our bellies that are perhaps already overfed! 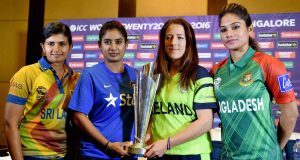 Dev Tyagi - September 19, 2018
0
Behind every revolution, there rests a cause. There happens to be a purpose. There is a call to action that spurs people together to...