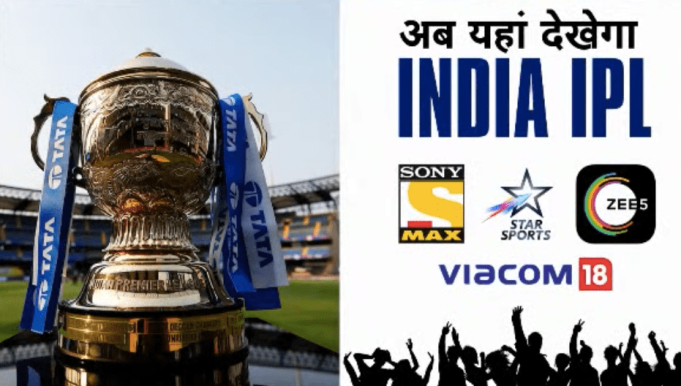 The Indian Premier League (IPL) happens to be the wealthiest, most lucrative, glamorous, and whatever suitable adjective that comes to your mind domestic Twenty20 (T20) cricketing event in the world. It has to be admitted that since its inception in 2008, its stature has been constantly on an upward spiral in terms of popularity, besides the revenue generated, of course. Also, it must be admitted that it has helped India unearth some of the fine cricketing talents it offers, especially for the future.

However, truth be told, more than a decade into the same, the popularity of the IPL is slightly dwindling. And it is not me, but the broadcasting figures estimate that there has been a decline of nearly 2-3% in viewership with each passing season. So, what is making the most charming T20 league in the world lose its popularity?

Well, the primary reason for the same happens to be the overdose of T20 cricket. Already the international calendar of Team India is packed throughout the year. And on the top, if cricket fans are bombarded with over 60 days of non-stop cricket, no thanks to the IPL, it is the basic human psychology that their interest in the sport would take a hit.

Yet, it does not happen to be striking the head of the ultimate boss, the Board of Control for Cricket in India (BCCI). On top of it, it just keeps planning on how the IPL can be made more prominent, more extensive, and ultimately, merrier in terms of banknotes. Hence, it decided to expand it from eight to ten teams in IPL 2022, and don’t be surprised if it increases further to 12 or even 14 teams two decades into it.

Hope you are aware of IPL’s recent media rights e-auction for 2023-27 cycle.

It is the first time in its history that the auction regarding the same has lasted for more than a day, while it will be entering its third day on Tuesday. Meanwhile, the rights for the Indian subcontinent for television (TV) and digital have been sold, worth over ₹40,000 crore. Yeah, I know…. astonishing, isn’t it? Notably, it is more than double of the previous cycle, which Star Sports held for above ₹16,000 crore.

On the other hand, other fascinating (rather heartbreaking) news is that the bid amount happens to be for 410 matches during this cycle, which means there would be more matches starting IPL 2023. It will likely go back to the regular home and away games format for all the ten teams in the tournament. Now, I have a question for the BCCI: On what grounds is it thinking of expanding the tournament with more units and the number of matches when the viewership declines?

Well, the answer I might get is that fans got bored with the same teams every season and wanted new sides, especially for those from outside the states of the existing franchises. And, in that case, Mr BCCI, I request you to take a look at the surveys or conduct your self-survey. It is not about the missing franchises, but in such fast-paced life, people hardly have time to watch any form of cricket, let alone the IPL. Also, any sane-minded human being can distinguish that nothing can replace the charm, pride and honour of international cricket over IPL.

The second answer I can expect is the abundance of competition and quality of cricket. Well, I would somewhat agree with that. But what about the player burnout and overdose of T20 cricket. If IPL delivers quality, it should curb the hectic international commitments so that the players can also deliver to their fullest on the international stage, where it matters the most.

My second question for BCCI

What is the reason behind the media rights bid amount being more than double from the last time? The expected answer would be ‘appreciation’ or ‘appraisal’ or ‘increment’ in the value. As a corporate employee, I know how appreciation, appraisal or increment works. It is linked to performance. And, considering IPL’s performance over the past few years, it has been impressive but not remarkable enough that it deserves more than 100% appreciation. Ideally, a 60-70%, max 80% hike, should be enough.

A follow-up answer to the same question could be that the arrival of more teams has led to an enormous value. And, if this is the answer I receive, it is all but revealed that BCCI values IPL and cricket as nothing more than a business entity.

Also, if BCCI has the funda to introduce more teams and get more money, then for the benefit of all the parties here, it can just retain the IPL as its premier domestic T20 event and do away with the Syed Mushtaq Ali Trophy. It is the same way the T20 competitions operate in England (T20 Blast) and Australia (Big Bash League). Also, let’s admit, the players would like to deliver where they get the honey, which is the IPL here. Likewise, it would curb the chances of player burnout.

Mark my words, the BCCI is well on course to expand the IPL, and there could be a day when it could have about 20 teams and operate like football leagues across the globe, daily, with a three/four-month window. Eventually, it might have to curb its international commitments. However, it would not be a good sign for global cricket, especially for the associate nations that thrive in international competitions.

Thus, my humble request to the BCCI: Kindly come out of this business mindset. Let cricket be cricket, and don’t make it operate like football. International cricket is what has created the sport. Focus on it and let it thrive on it. As for the IPL, I’m not asking you to do away with it entirely. A mega IPL once every four years would not be a poor idea. At other times, you can retain the original IPL structure, and it would continue to possess and deliver the same competition as always.

Piece of advice for the BCCI

We are no one to advice such a venerable body, and are fans; perhaps observers of a sport that wished Cricket remained as such.. a sport. But having said that, here’s a suggestion to the storekeepers of cricket’s shape and faith in India:

If you want to make cricket similar to football, try having the IPL as football leagues with a proper structure, identical to that of club football, i.e. having IPL for nine months, with matches on weekends and occasionally on weekdays, besides having an international window every month. Trust me; it is not a bad idea. Kindly think about it. Thanks….