Aren’t we all familiar with the prime franchise cricket leagues? All the major cricketing nations have their own franchise cricket. Why not, then, the United States of America, the world’s largest sports market?

The rise of T20 cricket has allowed the United States to reintroduce the sport to the country. Following a series of failures in popularizing cricket, USA Cricket launched Minor League Cricket in 2021. The league was supposed to launch in 2020, but the worldwide pandemic did not let this happen. MiLC successfully launched in the spring of 2021. Players from all over the world contributed to the league’s success.

The United States of America will co-host the T20 World Cup in 2024 with the West Indies. The ICC is helping US cricket gain traction in the biggest sports market in the world. US Cricket intends to launch Major League Cricket in 2023, following Minor League Cricket. All preparations for a successful project are underway. In the nation’s largest states, stadiums are being constructed in an effort to draw spectators.

This is not the first time US Cricket has attempted to introduce franchise cricket. The Pro Cricket League tournament was held in the United States in 2004. The lack of interest from fans ensured the league’s demise. Following the success of the IPL in 2008, the US cricket board decided to launch the American Premier League in collaboration with New Zealand, but this venture also failed miserably. Later in 2018, the US Cricket Board, with the assistance of American Cricket Enterprises, planned to plant the seeds of Major League Cricket. Major League Cricket and a developmental league, Minor League Cricket, were to be launched.

The second edition will include 27 teams and will run for eight weeks, eventually resulting in finals on August 27-28. These 27 teams are divided into four divisions: Central, Eastern, Western, and Southern. Twenty-five teams return from the inaugural season with two new additions. The Chicago Tigers will take the place of the Chicago Catchers in the Central Division, while the Atlanta Lightning will take the place of the Atlanta Param Veers in the Southern Division. The Irving Mustangs have become the Dallas Mustangs, while the Austin Athletics will now be known as Lone Star Athletics.

What makes this tournament so intriguing? Well, of course, the marquee players from all over the world.

The top cricketing nations have a lot of talent, so they seek opportunities in non-cricketing countries like the United States. Over 80 domestic players from around the world have joined MiLC. Some of them have already represented their country or are currently competing at the international level. Liam Plunkett, a member of England’s World Cup-winning squad in 2019, will play for The Philadelphians. All three of these mighty all-rounders, Rovman Powell, Rahkeem Cornwall, and Corey Anderson, will compete in their second MiLC.

Unmukt Chand, the winning captain of the India U-19 World Cup, was the highest run-scorer in the first edition and helped Silicon Valley Strikers win the trophy. He came to the United States in search of better opportunities and is now making the most of them. He is not the only Indian who retired to take advantage of opportunities like these. This tournament will feature Milind Kumar, Smit Patel, and Siddharth Trivedi, who have already played for their Ranji teams and even the U-19 Indian team. In addition, players from South Africa, Sri Lanka, Oman, and Pakistan have expressed interest in competing in the MiLC.

Does this league seem “Minor” to you?

One reckons, not only will this encourage the Americans to watch the sport, but it will also inspire the next generation to pick up a bat. Playing against famous players is fun for native US cricket players. Every player requires the brand of cricket they are receiving at MiLC. There are some promising cricketers from the US who are doing well. It wasn’t so long ago that an outstanding American cricketer named Jaskaran Malhotra hit six sixes in a match against Papua New Guinea, who will play for the DC Hawks in the second season.

Because this tournament will be a rapidly growing league in America, it ‘could’ be a blockbuster and prove to be an entertaining cricket summer. The league will feature players, both young and experienced, from the United States.

This is the best part of the series for it will give US players an opportunity, and the continuation of matches in this tournament will also improve the level of cricket and team performances. 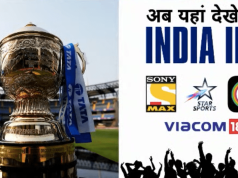