Last year too, India and Sri Lanka played in the much-anticipated final and truth be told, the two teams emeerged the best of the competition by an overwhelming margin.

It’s not that sides like the West Indies, Australia or Bangladesh, specifically speaking, didn’t have a good run; but barring here and there legit moments that conveyed their power, there wasn’t something spectacular that this trio could do.

India, in winning, the Road Safety World Series final of 2022 have, once again, exerted their might and proven that beating them here at the bustling epicentre of the Indian sub-continent isn’t easy and may not be anytime soon.

How can that be even easy when despite being veterans, the side still boasts of legends; holders of redoubtable talent such as Yuvraj Singh, Naman Ojha, Rahul Sharma, Munaf Patel, and of course, the “god of cricket” as they call him here- Sachin Tendulkar.

But credit to where it’s due; the Sri Lankan contingent, powered by unforgetttable talents who, in their prime, time and again reminded the world why none should take Lanka unseriously were very much there and fought India to the hilt: Jayasuriya, Dilshan, Kulasekara, to quote a few.

But how did the final pan out and which moments well and truly defined the game?

Skipper Tendulkar won the toss and elected to bat first keeping in mind that its better to put runs on the board rather than chasing in the big game like final.

India started disastrously as Tendulkar was bowled by Kulasekara for no score in the first over of the match.

Though, this wasn’t the only baffling sight; when the widely noted fast bowler scalped Suresh Raina, it looked Sri Lanka were intent on making it their day.

No one would have thought that they would not dominate the match; except, that wasn’t to be.

Why? The Indian Legends were sensible in their approach even as some of the mainstays flatered. For there was a sense of gladness that Naman Ojha didn’t, something just as true for Vinay Kumar . This battling duo consolidated the innings by taking calculated risks; going for the soft spots and not doing something freakinsh. By not taking too many risks, which might have exposed India Legends’ middle order, the duo batted and batted and batted.

Here’s a point to note- isn’t the intent and approach showed by Ojha and Kumar the near-perfect template for today’s wham-bam style of strokeplay? Isn’t that the way teams should go about doing their jobs even in the shortest format of the game?

Anyhow. After Vinay’s dismissal, in came the one and only Yuvraj Singh. The left-hander played a cameo to keep the momentum in India’s favour.

That said, the true star of the semi-final clash against Australia, Yusuf Pathan, didn’t do much. Such a spoiler given he’s such a fine bat.

Though, eventually, it took a really special  knock by the often undersung Naman Ojha who took India over the line. And how? By simply doing the basic thing right; showing intent under durress. For it was he, Naman Ojha, who held the fort at the other end by playing some audacious strokes.

Just the sort of counterattacking inning that his teammates would have hoped for especially at a time where such a knock was of prime importance.

Ojha looked in sublime touch and despite the flurry of wickets, retained composure.

It was almost like none of what happened at the other end, detterred him; not even a bit.

Hence, little wonder then that thanks to Naman Ojha’s batting heroics, which many may not have seen coming, India posted a challenging total of 195 for 6 on the board.

Thanks to Nuwan Kulasekara, Sri Lanka were impressive, if not entirely intimidating.

Kulasekara was, well and truly speaking, the pick of the bowlers and as he took three wickets, India did seem troubled, if not really dissuaded enroute to their challenging chase.

The efforts of the 40-year-old veteran were sincere and effective. So how’s that? Well, the Nittambuwa-born’s spell included the prize scalp of Sachin Ramesh Tendulkar, the biggest legend of the India Legends contingent.

Chasing the stiff target, Sri Lanka looked all at sea right from the start as their domineering opponents just didn’t allow them any chance whatsoever of settling in.

The Indian’s bowled very well and removed both Jayasuriya and Dilshan early into the island nation’s run-chase; not the kind of start that they’d have hoped for.

Luckily for India though that the dangerous duo was back in the dugout even before it could enforce any damage.

It ought to be said that in losing the top order without much ado, the Lankan lions, as they are so often called, didn’t really roar all that much.

When your top order collapses cheaply in any format of the game, then such a blow can always lead to huge pressure on the middle order. Maybe that’s why the team that rotates strikes and takes calculated risks along with it, is the one that is found in good stead. A case in point was the way in which India Legends overcame the threat posed by the dashing West Indians.

But again, can that always happen and if so, then to what good effect? Sri Lanka found themselves challenged not long after Jayasuriya and Dilshan departed inside the first three overs.

How did that happen? Simple- it didn’t take long for Indian bowlers to submit Sri Lanka under huge pressure.

With wickets constantly falling, Sri Lanka found themselves in a situation where it was classic Hollywood film line, “Something’s gotta give.”

There was a mini resistance attempted b one lone man: Ishan Jayartane.

The 33-year-old raised the hopes for his crublming team with a blitzkrieg knockk of 51, which came of 22 deliveries.

In so doing, the Jayaratne onslaught comprised of four sixes and fours.

Though by the time the all but near and near but yet, so far- knock was being carvd there was a sad feeling settling in.

And it’s that it was too late for the Lankans and the innings went in vain, the polite and sincere visoioii notwithstaning.

They got bowled out for 162 giving victory to India by 33 runs. In today’s times, rather in any age, a margin of victory of 33 runs in this format of the game isn’t that bad at all- is it?

R Vinay Kumar, meanwhile, was the star performer with the white ball in picking the explosive Jayasuriya earlier on.

However, that didn’t mean that the dangerous Jayaratne at the end was causing any less trouble. In the end, perhaps it suffices to state that the Indian Legends were always the threat to everyone and they did play like one in winning the title thanks to a display of their all round performance 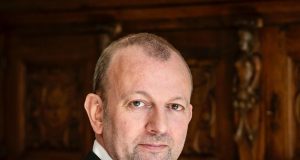 Dev Tyagi - June 25, 2022
0
If you were to Google the phrase "Master Blaster", then the probability of Sachin Tendulkar being the search...