Chances are, Jack Kallis will never command the number of fans Tendulkar does. There lurks in broad daylight a mortal danger of Kallis being outnumbered by Brian Lara or Ricky Ponting-fans.

In all these years of Cricket having known this symbol of stoicism, we haven’t seen a Jack Kallis stand, the Cape Towner quitting international cricket back in 2013.

To this day, one doesn’t enter a stadium to run into a Jack Kallis dugout: a coterie of fans in wide numbers humming the Protean’s name. No one paints their face with Kallis’ initials, famous as they might be. You’ve got that Dhoni lover dripped in golden yellow, that familiar Tendulkar fan painted in tricolours. Its common to cite Richie Benaud wigs; with fans posing with a mic. 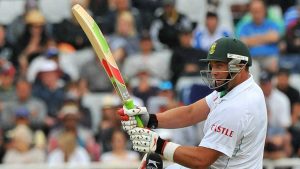 Yet, no modern day cricketer commands as much respect as one of South Africa’s endearing sons by sheer weight of numbers. In a game known to explode with tantalising statistics, Kallis boasts of enamouring numbers.

But while these accumulations would sway any number cruncher, Kallis’ real impact lay hidden underneath.

It wasn’t about those herculean tally of hundreds or fifties, rather the number of times Kallis blazed past 150 in Tests: 13 times. It wasn’t about the sheer bulk of wickets he timber-crushed, rather the economy rate he maintained till his final hurrah; a respectable 2.8 in Tests and, 4.8 in ODIs. Kallis wasn’t cricketing oomph or glitter. He was Cricket’s undaunted spirit. He was neither the Thor nor a Hulk. 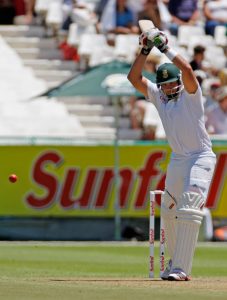 But a bloke you’d ‘Marvel’ at for his scintillating consistency.

Even the way Kallis’ career shaped up, signified the essence in a phrase that almost induces a yawn for the sheer number of times it’s been foretold: consistency is the key to success.

Birthed to a starry South African unit featuring biggies like Donald, Rhodes, Cronje, Kallis struggled to actually get going till 1998- wherein he managing only about 1019 runs.

Pitched against batting heavyweights who would turn a contest at the back of their genius- Lara, Sachin and, Ponting- Kallis upped the ante of his career by the turn of the next decade- circa 2008 where he collected 8263 Test runs, struck 27 hundreds and doubled his average to 65 when it had only been a lacklustre 30 prior to Cricket World Cup 1999.

If Cricket needed an enigma to become a crowd-pulling spectacle, then having a Lara or Sangakkara, Ponting or M.Waugh on the crease was enough. But if there was an obdurate force in motion, tasked with downing game’s big newsmakers, all eyes would turn to Jack Kallis.

Interestingly, even at his peak, whether during South Africa’s harakiri in the 1999 World Cup and in those indifferent 2003, 2007 world cups, Kallis wasn’t an exponent renowned for express pace.

Can you recollect Kallis steaming in hard and unleashing a scorcher at 140-145 k’? He wasn’t quick like a Lamborghini or Maserati on the cricket pitch. Where Kallis was concerned, it was neither rabid pace or bitting swing. Kallis was nagging pace and accuracy. His game was built on concentration not histrionics. 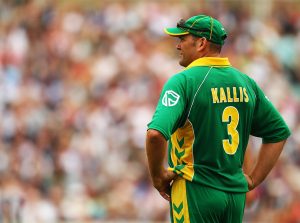 You immediately know the guy is serious business when the Prince of Trinidad exhibits an exaggerated shuffle facing up to Kallis or when Ponting mishits a familiar pull. His yorkers wouldn’t make batsmen lose their stands, but would induce net practice to the gulley region- deceiving batsmen with short pitched stuff or slower ones.

Yes there would be a word or two that Kallis would utter upon seeing a batsman escape what might’ve been a potential downfall: the late swing outside off, a bit of a skirmish on top of middle and off- but it wouldn’t be a sledge. It would be Kallis shaking his head in disbelief.

Even as he batted, whether striking that memorable 132 at Manchester or his final Test ton- that gritty 115 against India- Kallis was all grace and poise. And, of course unswerving concentration. Has modern cricket seen another willower make the art of leaving the ball fashionable?

Where Cricket furiously turned on its head, going from being the gentleman’s sport in 80s and 90s to being a contest spurred by ego clashes- Kallis- remained a figure of poise: unmoved by aggression, unscathed by his opponents’ vehemence.

It wasn’t too difficult to miss a Jimmy Anderson giving him the famous stare nor was it tough to spot King Curtly walking down the pitch. But as Tendulkar submitted with sheer humility, Kallis, it seemed, was more curious to study the cracks on the pitch or the blades of grass outside the rough.

Once settled, it would take an effort equivalent of tens of dozens of firing cannons to dislodge Jack Henry Kallis from the middle. One of Youtube’s popular videos is attributed to the South African’s mighty bouts of concentration, wherein during his maiden tour Down Under, he rescued a fledgeling side with 101, battling for a draw. 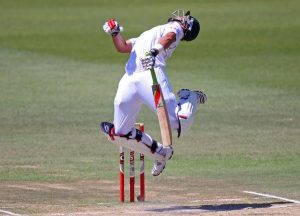 Back in those days, a regale Kallis effort would result into a hard-fought Test draw. In those days of a Sabina Park buzzing with unexpected bounce and Perth being as good as it could ever be, Jack Henry exploded on the ODI turf with his famous 111 against New Zealand at the WACA, then the fastest turf for batsmen to score of.

Somewhere in these by-lanes rests Jack Kallis’ enigmatic journey. It isn’t too surprising to note that even as he became, for a large part of his career, an adversary to some of the greats of his time, being, after all, two players in the frame of one, Kallis wasn’t anyone’s rival.

Kallis wasn’t sledged. Kallis didn’t believe in giving it back. He believed in standing for good: for contributing to South Africa as best as he could.

Taking it all in his stride- failures, lost chances and even glories; making the least hype of the latter, there stands the legend of Jacques Henry Kallis- a rock South Africa prided, a colossal amongst Cricket’s greatest: sagely aloof from fanfare, unswayed by hype or record books. 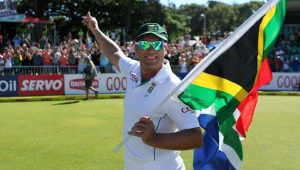 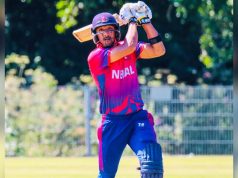 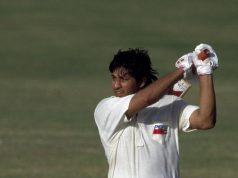 Saluting Inzamam-ul-Haq: The Lazy But Devastating Thor From Pakistan 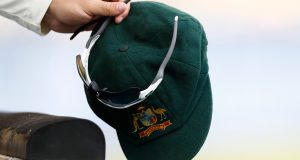 Tribute To Ricky Ponting, The Punter: A Fearless Aussie Who Epitomises...

Navid Khan - December 18, 2020
0
It was a warm sunny December day of the year 2012 in the western coast of Australia. Out came the country’s best ever batting...