It could be said, the key absence of senior players and T20 specialists like Deandra Dottin and Stafanie Taylor badly hurt the home side, amplifying their woeful turnout against Harman, Smriti and the likes.

Though India Women outdid the Windies counterparts, one can’t afford to overlook India’s anguish in finishing matches and the middle and lower-order batting gambles that one came across.

India’s consistent performances in 7 of the 8 matches with the help of the spinners and the opening batters paved the route for the evolving team and its overseas record.

The series kicked-off with the visitors might may be enough to outrightly swat away Windies. But the hosts looked settled & shook India away. It also tested India’s adaptability in foreign conditions, batter’s ability to complete the match. India was certainly short of a match finisher. India Women’s’ over-dependence on prime players like Smriti Mandhana, Harmanpreet Kaur, Mithali Raj, Jemimah Rodrigues has cost India until now, who knows, may have even cost them a World Cup Title in 2017?

But what if the star players are removed early? Does that offer something to the BCCI Women panel to think about? We saw the woes of Windies, overly dependent on Stafanie and Deandra in this post-Aguilleira era.

Who might play and take over to finish the innings? Perhaps, this might be the curious question India would mind storm in the drawing board.

Clearly, in the First ODI, nobody could read the conditions well and the players kept throwing away wickets. India was so close to the finish line but still far away from a win.

With the entry of Smriti Mandhana into the team, it could be said, the burden of India’s counterparts was at its aching best, a move that put India on the winning chart.

India reaped the benefits of winning the ODI series that set aside the tested player Priya Punia. Jemimah and Smriti combo yet again flourished in the final ODI.

India kept its series winning streak alive after the 2016 series triumph. The ODI team hasn’t had seen many changes, except for Priya in place of Smriti. Priya Punia was outstanding with the bat and took up her role gracefully. With a total of 80-runs in 2 matches, Priya needs more matches to get exposure and bring in more stability and consistency in her gameplay. Though the Indian lineup is in a fixed shape right now, Priya will be a future star who one expects will diligently fill the void of outgoing players.

Yet, it can be seen India is still lacking genuine all-rounders to bring more variance in the game. Are they not?

Spinners were the difference-makers in the 50-over format for India. Though they seemed predictable in the First match, the spin-trio of Deepti, Poonam Yadav, and Rajeswari Gayakwad explored their strengths to ensure India’s win in 2-matches as they picked 14 wickets in a row to clinch the ODI series.

Rajeswari Gayakwad and Ekta Bisht were shuffled according to the requirements. Pacers lead by Jhulan Goswami and partnered by Shikha Pandey were handy but not in their fluent best.

India transitioned smoothly into the T20 series, while Windies faced the wrath of India’s best bowling attack. Both the bowlers and batters contributed equally to 5-0 clean sweep in the 20-over series. West Indies looked frail in the absence of captain Stephanie Taylor who has been ruled out the series due to an injury.

The pacers proved to be the game changers in the shortest format.

Be it Pooja Vastrakar, Mansi Joshi or Shikha, all laid brakes to Windies’ hopes of coming back into the series.

The opposition continued to crash and burn in the middle overs where the attack was led by the spinners. Traditionally too, Windies have often been founding wanting in front of spin.

Shafali Verma and Mandhana steered hammered the hosts in the first two encounters but were dismissed tamely for single-digit scores in three consecutive matches. This would have scared the Indian camp, but the middle order led by Veda Krishnamurthy and Jemimah held the fort to clean sweep the T20 series. They followed the wait and collect strategy, consequently became the decisive pillar that aided series win. Their shot selections, ability to withstand pressure situations and their long vigil at crease have earned them the benefits.

Veda shut her critics with the back-to-back match-winning performances; she showed more maturity in handling the course of the game and took the responsibility to finish the matches. They were the saviors in a crisis situation when the openers were dismissed in under 5-overs.

Jemimah continues to be flexible to bat at any batting spot that adds to India’s armor.

Harmanpreet Kaur failed both with the bat and ball, it was her attacking valor that was missing in the series. As a captain, she continues to fair well, but as a player, she ought to self-examine herself.

Deepti Sharma, India Women’s all-format all-rounder could barely score any runs, but she spun a web over the players to be one of the leading wicket-taker in the Indian squad. She has to work on her batting skills, that still hasn’t found its peak form.

With the absence of leading players like Dottin and Taylor Windies were rendered spineless. Plus, Hayley Matthews’s efforts went in vain as the team let her down.

It seemed carrying the team on her own was too tough an ask for her.

They were struggling in the batting department in T20’s.

India Women have fared well in the shortest format and this win lays the solid base to the upcoming series against Australia in 2020. With the T20 World cup only 4 months away, India will eye to shape its course well as the T20 World cup title is up for grab early next year. 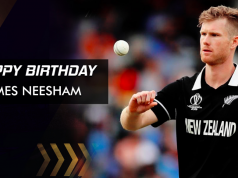 Jimmy Neesham: The Unflustered All-Rounder Who Has It All To Be A Big Achiever 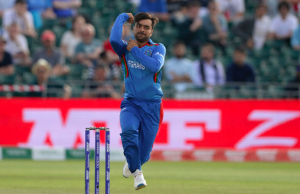 Dev Tyagi - September 20, 2020
0
On the eastern belt of Afghanistan, one of the most noted Central South Asian countries lays the province of Nangarhar. Situated little over three...

Jimmy Neesham: The Unflustered All-Rounder Who Has It All To Be... 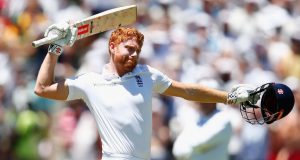 Abhishek Srivastava - October 13, 2017
1
“Your hardest times often lead to the greatest moments of your life. Keep going. Tough situations build strong people in the end.” ― Roy Bennett  For someone...