We have seen a bunch of records broken and made in the series so far – be it Nepal’s Anjali Chanda’s world record or Nigar Sultana Joty-Fargana Haque’s first-ever centuries for Bangladesh.

By now we have known that Nepal’s Anjali Chanda scalped 6 wickets while conceding 0 runs against the Maldives where they were bowled out for mere 16 in the first T20I game of the South Asian Games 2019. Anjali finished with the figures of 2.1-2-0-6, surpassing Malaysia’s Mas Elysa’s record who took three wickets for six runs against China in January 2019.

Now, let’s have a look at other records:

Meanwhile, this match didn’t have International status. Had it been an International game, following are the records which were made in the game.

Bangladesh registered an incredible result on Thursday when they bundled out the Maldives for only 6 runs and handed over a defeat of 249 runs in the South Asian Games at Pokhara.

Although Bangladesh lost two quick wickets, Nigar Sultana Joty (113*) and Fargana Hoque (110*) stood up and batted through the rest of the innings. While Joty’s knock comprised of 14 fours and 3 sixes, Fargana hit 20 boundaries.

Their 236-run stand propelled Bangladesh’s total to a huge competitive total of 255/2 after 20 overs. However, Maldives were bowled out for only 6 runs and Bangladesh won by 249 runs.

Likewise, Sri Lanka’s game vs Maldives too didn’t have the International squad and the records which were made there, wouldn’t be listed.

Apart from the centuries, no other records have been listed.

POINTS TO BE NOTED

Apart from Sri Lanka, no other team have sent their U-23 teams but according to ICC, both Sri Lanka and Bangladesh wouldn’t get the International status. However, last year, cricket’s governing body granted all 105 members T20 international status which was a welcome move by the ICC to globalise the game.

Please note that the Full Members i.e. Sri Lanka and Bangladesh have only sent their U23 teams in both the men’s and women’s competition therefore matches with involving these Members will NOT be T20Is. I know it doesn’t state this on the women’s fixture list but this is the case

Meanwhile, despite having the senior teams, Bangladesh matches won’t be given international recognition, the same goes for their records. Even no further news is available on the matter yet. 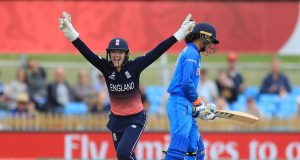 Let’s Visit Some Of The Best T20 Performances Between India Women...

Chandhana Gogineni - February 7, 2020
0
Have you wondered about some of the best T20 performances between India and England women in the game's most entertaining format, as they say? England...