Have you wondered about some of the best T20 performances between India and England women in the game’s most entertaining format, as they say?

England batters have always been as ‘hard as nails’ to overcome from an Indian perspective. This has often been the case during low scoring bouts. One learns a case in point with a simple stat.

India have only won 2 matches from 18 since 2008 against England. This can be particularly disparaging from an Indian fan’s perspective.

In fact, India have not prevailed over England at any stage of the T20 World Cup. England have, thus far, completely dominated the current Harmanpreet-led side with a win percentage of 88.88% in T20-international matches. If you were looking for anything comprehensive, then this feat in T20 internationals between two powerful sides serves a fine example.

Both teams have not faced each other in the finals of the World-Cup. Could this year bring something different to the core? Could we see some of the best T20 performances between India and England women up ahead?

Indian team’s batting has been the most vulnerable section against England whose collapse triggered by England’s bowling competence. It lacks the ability to adapt, playing awareness according to the pitch and its conditions.

India have struggled. But, it must be said, they need a revamp of their techniques to overcome or better England. The English players have always been at their fluent best in every department possible, where T20 standings serve an example. Whether it is to defend 1-run in the last 4-balls- recollect the 2018 Tri-series held in India- or whatever- England have held their nerves.

Yet, what have been some of the best T20 performances between India and England women, of lately?

England’s former wicketkeeper-cum-batswoman has been seen at her fluent best against India. She’s someone who’s struck three fifties against India, the highest among anyone in the England camp.

Sarah played a pivotal role in many of England’s chases and has been at the crucial side of one of the best T20 performances during India women and England women.

One such instance was during the bilateral T20-series against India at Chelmsford, when she steered England to a convincing win during 2012.

Though it was an easy target to chase, England lost two quick wickets losing both openers.

It was tricky to chase back then but, Sarah Taylor took the onus upon herself to steady the inning and brought in the much-required stability for England’s run- chase. Taylor wore down almost every Indian bowler with her sharp intent to win. Her elegant strokes have made her one of the prominent batters that India have ever wanted to get the better of.

Thankfully, none of the world teams would be facing that concern as Taylor walked into the sunset last year.

She has mounted over 200-runs against India, making herself the most formidable player to traumatize the Indian bowling, which is no slouch having had the likes of Goswami, Pandey, Gayakwad, Sharma and others.

Boundaries appear easy to get and sixes become normality when this marauding batswoman gets going.

And therefore, one of the finest batters in the current context is also responsible for some of the best T20 performances between India women and England women.

India’s batting sensation and the current vice-captain in T20Is have been among the few who’ve fought against a mighty English bowling attack.

Her batting is often breathtaking and constantly throws up fireworks, as the big shots seem easier than ever when Smriti is on song, just the way she was during her 45 versus the English in the recent T20.

Mandhana is the only Indian batter who has 3-fifties against England. Quite splendid, right?

By opening the innings, Smriti gets a free hand to try and experiment with the batting. Likewise, India are reliant on Smriti to give the side a good start, by which it aims to convert fluent beginnings into reasonably comfortable totals.

It’s her ability to power prominent cuts, flicks and execute the lofted drives that often give the English bowlers a troublesome day on the field.

We saw just that during England’s tour of India, during the 3rd match of the bilateral T20-series at Guwahati in 2019. Smriti’s knock of 58 off 39 balls was the sole fifty in the entire series arriving from the Indian camp.

Though the effort went in vain, her class and ability to tackle England’s bowling strength gave India hope to counter the daunting English side in the future.

Can a similar batting effort shine in the upcoming World T20?

An undoubted powerhouse of batting and someone who can easily bulldoze perhaps any bowling attack on her day, Danielle Wyatt is responsible for presenting one of the best T20 performances between India women and England women.

It was during the 3rd match of the T20-Tri-series contested between India, England and Australia back in 2018 when India raked up its highest total of 198 against England in T20’s, did one see a different Danny Wyatt altogether.

India were comfortably placed with a splendid batting total that seemed quite difficult to chase down. But unbeknownst to India, women, Wyatt had other plans.

Soon, at Mumbai, Wyatt stormed the Indian camp by smacking bowlers all-round the ground. The innings displayed her control over the game and a sense of fineness of technique her batting so naturally possesses. The innings of 124 off just 64-balls- read that again- comprised of 14 boundaries and five sixes. This knock set the stage for the big win and perhaps a shock upset for the hosts.

Above all, Wyatt’s ominous touch proved England overcame India’s challenge in a comprehensive run-chase as they won with 8 balls to spare.

Wyatt fills the core of England’s batting setup in T20’s; she is the only centurion among the two teams.

Above all, Daniel Wyatt has been the prime imposer to many of India’s crushing defeats. Thus, she ranks high when India contests against England.

She might have retired recently but was responsible for playing a part in one of the best T20 performances between India women and England women.

England have had many players who evolved through the current situations and have given up their spot for other players to progress. One such player was Laura Marsh, who just retired from the game last year in 2019.

Marsh is renowned as a complete team player who fits the opening stint and dominates the bowling with ease.

It were her all-round abilities that made Laura Marsh a go-to player since her debut.

In the 2012 T20 World Cup in the league match against India at Galle, Marsh stitched a crucial partnership of 78-runs with the veteran Charlotte Edwards that paved the path for England’s easy win. Her knock of 39 included five boundaries and a six with a strike rate of 111.42.

Moreover, it featured the highest strike rate among the Indian players except for Jhulan Goswami during that match.

As the year progressed, Marsh was seen batting down the order, thus giving up her opening slot. Be it anchoring an inning with the bat or bowl, Marsh did everything to keep England on top.

Indian bowling always dominated the batting. Indian batters have often had to stand up to face England’s dreaded bowling attack, something that the batting setup has often proved vulnerable against.

India’s reliance on the top-order and a frail middle-order have given the side discomfort. 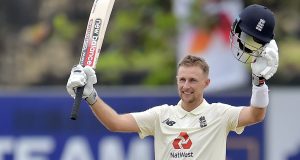