Andrew Hazeldine might never have been in discussion for the national team selection. But he has been one such hard working cricketer who has given his all for Canterbury in a career that was and is growing, which is when the 26-year-old was diagnosed with Hodgkin’s Lymphoma: an immune-affecting cancer.

But what’s the journey been like for one of the spirited young cricketing forces?

“How complicated and unpredictable the machinery of life really is, “Kurl Vonnegut. The past 24 hours have turned Andrew Hazeldine’s life upside down. The 26-year-old Canterbury cricketer was diagnosed with Cancer and his dream to play for the national side has thus been abruptly halted by what can only be called a pathetic occurrence.

Andrew Hazeldine was born in Portsmouth, Hampshire and holds both British and New Zealand citizenship. He started his first-class career in 2018 with Canterbury. He has played 15 matches and has already collected 35 scalps at 36.68. Meanwhile, in List-A games, he’s gathered 21 wickets from 16 matches at 33.8.

As with any young force rated by many around, it hasn’t taken Hazledine all that long to make the right noises given sheer talent.

Over the course of the last two years, Andrew Hazledine has become an integral part of Canterbury.

He belongs to that breed of the cricketers who have been popular in New Zealand cricketing circuit, someone who has been a team man even as one may feel he’s perhaps not an out and out exceptional quickie.

Perhaps it’s fair to say some of New Zealand’s key figures of the past- Chris Harris, Gavin Larsen, Martin Sneddon among others- made a name for them despite not possessing exceptional skills.

These players may not have topped charts, but formed an integral part of the team in the halcyon days.

Interesting to think that would Sir Richard Hadlee have soared without his pairing with Ewen Chatfield and Martin Sneddon, who were the workhorses?

Similarly, think the widely-known Danny Morrison and Chris Cairns, who perhaps may not have been as successful without Chris Harris or Gavin Larsen.

As a matter of fact, cut to the current era.

Only fair to say minus the young bowler’s fantastic support in that case was undoubtedly crucial.

In the 2018-19 period, the Portsmouth-born was the second-highest wicket-taker for Canterbury. He took 15 wickets from 6 matches and the following year, picked 11 scalps from just 4 games.

That said, Hazeldine, with his free-flowing left-arm pace and that accuracy has been improving all this while.

But it’s easy to paint adjectives. How did he do all this?

In February 2020, he took 6 wickets against Wellington with a brilliant spell of 4-62 in the first innings. Not too bad for a team that has more than half its side dismissed by a single bowling force.

Canterbury’s management that was closely following his growth gave him the contract for whole season of 2020-21 in June of 2020. All this looked very good for the Hazeldine before everything fell apart on November 21 when he was diagnosed with Cancer.

From that moment on, Hazeldine’s battle has been to fight the most dangerous of all the illnesses. Thankfully, the illness was detected in its initial stage and hence, it would give the avid youngster more time and thus, chances to recover.

Hazeldine’s fight against the cancer is about a cricketer whose dream has abruptly been halted, dream to play for his country, dream to wear the elusive Blackcaps, which only few hundreds had the privilege to wear even in a small country like New Zealand.

Hazeldine’s illness is something that should not be limited to cricket only. Every moment when life changes the fate of thousands of people across the world, number of them gives their hopes, their desires are buried, and dreams shattered. That is why Hazeldine’s case also stresses about the cons of modern days life, which is based on sacrificing today to secure tomorrow without thinking that there might never be that tomorrow.

It is time that the modern professionals and players understand enjoying the moment, the importance of the ones are felt when they are gone. Whether it’s Martin Crowe, Phillip Hughes, Raman Lamba, Andrés Escobar (and the list goes on)- all of them battled illness while some were taken away very early by the undoing of fate.

We hope that this young fighter wins a battle that can so easily overwhelm the strongest among all. It is Andrew Hazledine’s sheer hunger, evident in the last two and a half years, that’s helped the young man come such a way. One wishes that continues for time immemorial.

Caught At Point wishes this brave cricketer a speedy recovery. 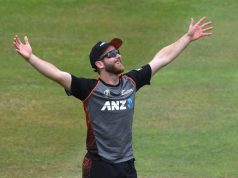 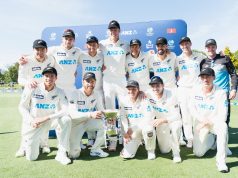